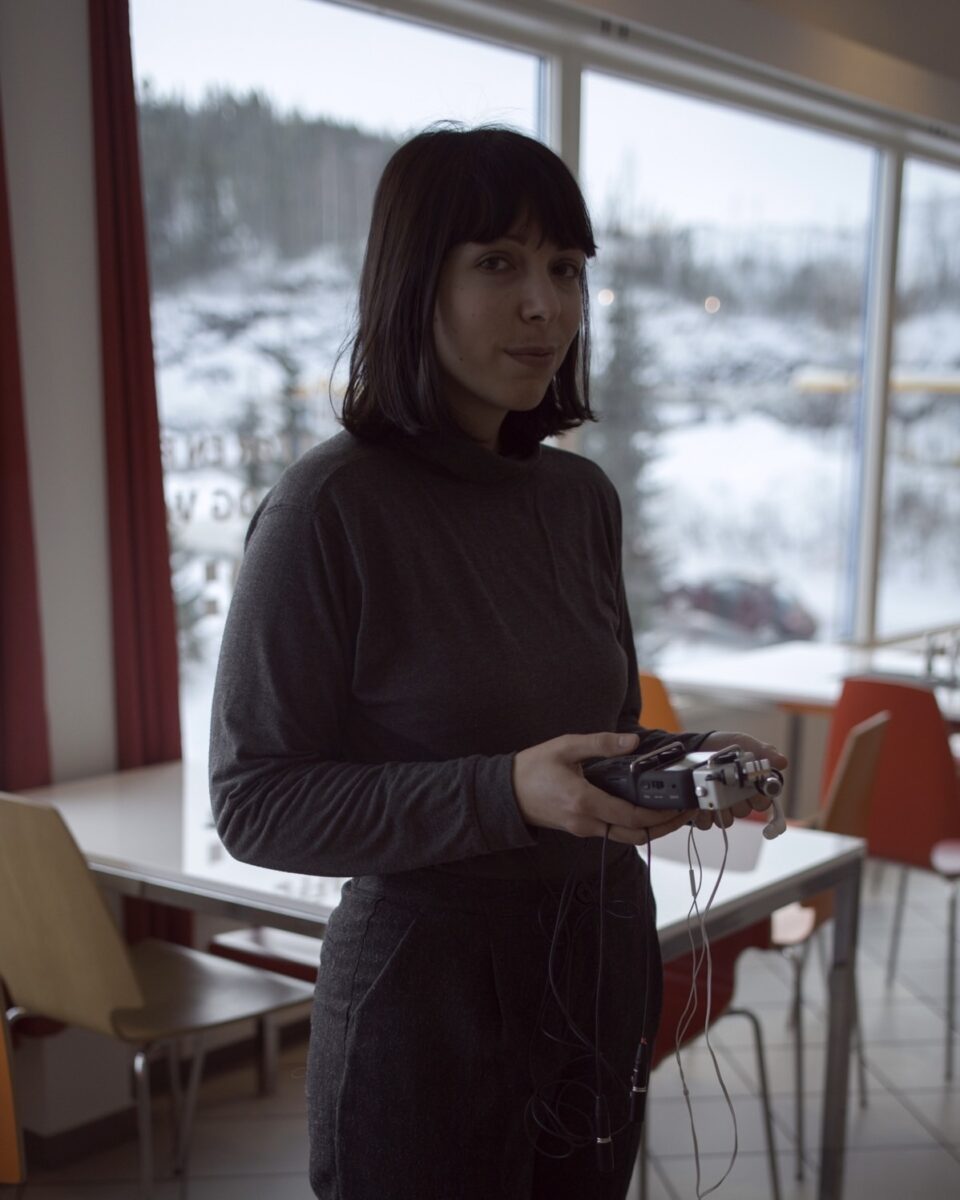 I asked Magdaléna to tell us about her inspiration for this work and history behind it.

The idea for the work came back in spring 2019 when I was asked by the curator Tereza Zachova to participate in a group exhibition in Ústí nad Labem, Czech Republic. I and Zachova have worked together before, and I knew that we share a deep interest in ecology and climate issues, which were also the theme for the exhibition. The location was very exciting to me – Ústí nad Labem, the capital town of the North Bohemian region which contains a major coal mining field called “Mostecka uhelna panev / North Bohemian brown coal basin”.

I guess I can say that my relationship with mining is very personal, as I myself grew up in a place lying on a large coalfield (Upper-Silesian coal basin) and several of my relatives were miners, as well as my partner’s family who comes from Sulitjelma in northern Norway.
This is something that interests me both because of my own autobiographical story, and because of the global consequences of mineral extraction.

I felt the need to make work in the place about the place, also because some of the mines are still active. I decided to do a field trip by myself, in which I walked in and around the mine pits and their closest surroundings. I collected field-recordings, photographs, and I wrote my observations and reflections. It was a very intense week, in which I walked over 100km. These places were often off the beaten track, the places “in-between” – in-between the closed gates and the fields and meadows, in-between the fences and villages. Pieces of the landscape that once used to be mine pits and were now supposed to be in the process of “mine reclamation” (restoring of the land that has been mined) – planted with geometrical grids of trees, or filled up with water.

It is a fact that over a hundred settlements and villages disappeared over the course of the mining activities from the 17. century to the mid-1990s. I visited some of these locations and tried to hear and see something where there was nothing left today.

The methodologies that I used were mostly listening and “soundwalking” – active listening to the soundscapes of the specific environments. I also used something referred to as sonic imagination – the capacity to feel, think and dream through sound. You can widen the listening experience by imagining e.g. how the particular space sounded like before or would sound like in the future. These concepts that I’m inspired by come from the fields of acoustic ecology and deep listening. Some of these concepts and methods I shared during the two soundwalks I guided on 31. October and 8. November.
I was also inspired by projects such as Frontiers of Solitude who have done significant research and artistic activities in the same area of the North Bohemian region in 2015; and the Dark Ecology journeys into the Barent’s region in 2014-16.

The final work HISS consists of a sound essay and an artist book. In the sound essay, I worked with my writings and recordings collected during the excursion. I also composed small bits of music, which are inspired by what I heard in my recordings. Katherine Butcher and Alex Murray-Leslie kindly recorded the voice-over for me. All composed in a narrative, it creates a “sound collage” or a “sound essay”.

For the book, I worked closely with a graphic designer Kateřina Baránková, who created the whole design. We decided on the “risograph” printing method, which involves a process similar to that of screen printing, and gives a particular graphic quality.

The sound installation in TEKS is accommodated in new exhibition furniture (made by Peter Roze and Jörg Siegfried Schauer from the Model workshop, NTNU) in a design inspired by the aesthetics of “posed / forester’s watchtowers” widely embedded in the Czech landscape.

When I got the chance from Espen Gangvik to re-exhibit HISS in TEKS, I wanted to place HISS into the local historical context of copper mining in Trøndelag, and to try to draw lines of connection and association between these two regions. This is why I’m organizing an excursion to Løkken Verk (Orkla Industrimuseum) where participants will be guided through the old copper mine, and HISS will be performed (playback) there.