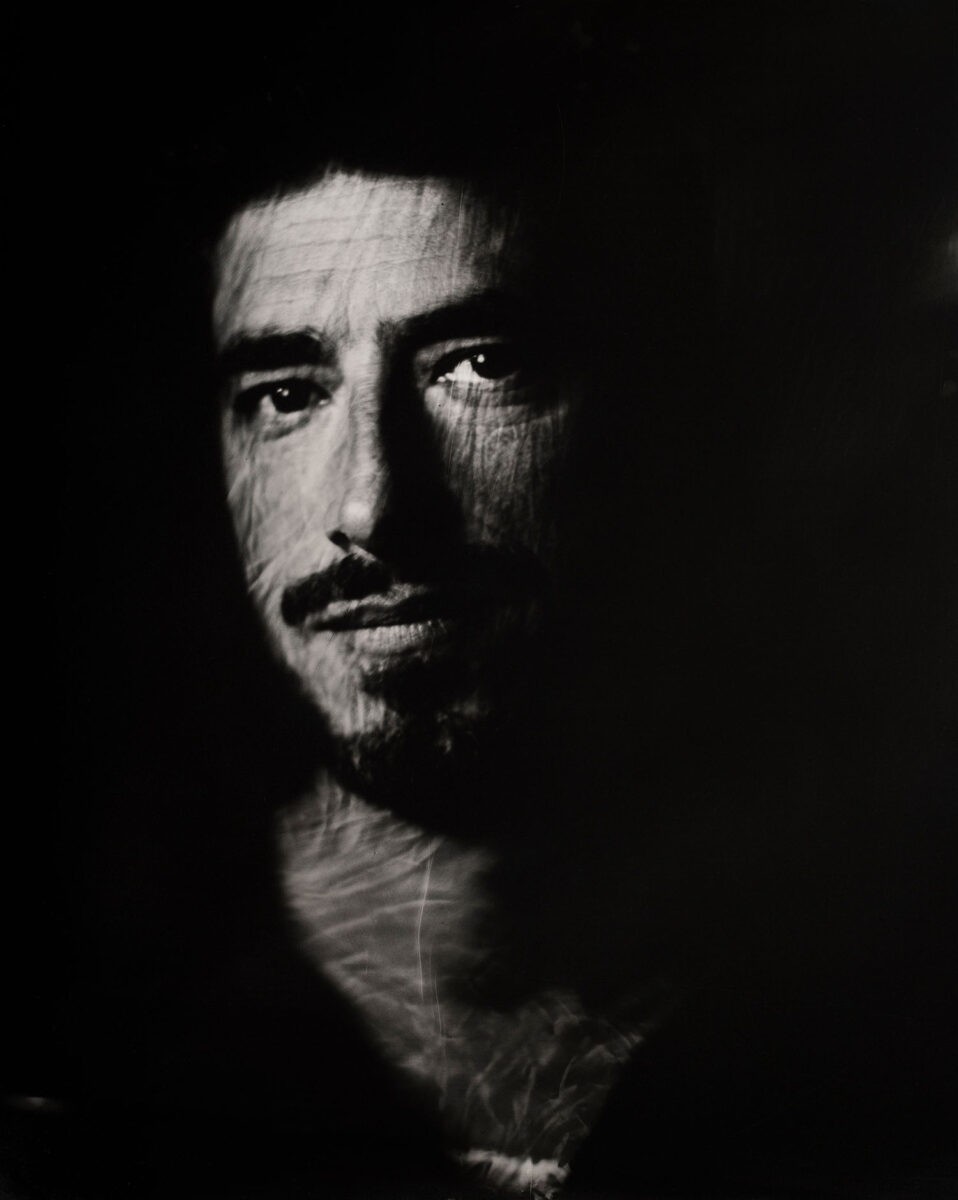 Nora Nystuen works in a photographic technique from the 19th century, creating almost magical artworks. Read the interview with the photographer

You take pictures using wet plate collodion process  technique. Where did your interest in this technique come from?

I think I first became aware of the wet plate collodion process when we (Fotoimport, the place I work) printed Johanne Seines Svendsen´s exhibition for TV-aksjonen in 2013. The theme of TV-aksjonen that year was dementia, and Johanne had taken portraits of young and old people, some of them sort of fading away. I really liked the organic feeling, with fingerprints, peeling and chemical imperfections. And the expressions were very intense and serious.

About the same time (or maybe earlier?) NordPhotography started to arrange wet plate collodion workshops with Jill Enfield. Jill has held workshops at Inderøya every year (except 2020, for obvious reasons). I wanted to go to her workshops for years, but because of small children and little time it didn’t happen before 2016. I immediately fell in love with the process.

And for those who don’t know what wet plate collodion process is, could you tell us about its history..?

It was invented in the 1850`s and it made photography sooo much easier than it had been with the earlier photographic techniques. It was much more light sensitive, so you could have seconds of exposure instead of minutes. And it was relatively cheap, so a lot of people could afford to take a portrait. During the American civil war a lot of soldiers took a portrait before going to war.  A few years later the gelatin dry plate was invented, which was much more practical for most purposes. There has been a revival of the technique in the last years. I think part of the reason is because of the American Civil War reenactments, where they try to to everything as authentic as possible.

What does the process of photo production in this technique actually include?

You have a plate (metal or glass) which you coat with collodion, then put it in a silver bath for a few minutes. The plate is then sensitive to light and you can put it in a camera and take a picture. Then you have to develop it before it dries. You have 10-15 minutes to take the picture, less if the weather is really hot and dry. The chemistry is sensitive to changes in temperatures and humidity, and also aging. And any pollution of the chemistry can make it useless. So it´s always a little exiting to see if the chemistry is actually working.

Apart from the chemistry you don’t really have to have a lot of equipment, but you need a darkroom of some sort. And if you want to make big plates, you need a big camera. But you can also use cute, little plates in a cheap plastic camera.

You were a wet plate assistant for a scene in the documentary “Diagnonsense” by Mattima Films in 2020. Could you tell us a little about it?

The film isn’t finished yet, but I hope the scene makes it to the final movie. My good friend Ane-Martha is making a documentary about diagnosis and medicals in psychiatry, with herself as subject. She needed a scene with her ex-boyfriend, discussing their relationship. So they took wet plate portraits of each other, with my help.

And you are also working as an instructor on a wet plate collodion process course..?

Yes, a lot of people are interested in learning the technique. The last course I had was for the art students at Fotofagskolen.”

You’ve taken pictures of a lot of people using this technique. What do they usually think about their photo when they look at it for the first time?

Most people find it quite magical when the image is appearing. It’s like a mini time travel, like you have been 160 years back in time for a few seconds.