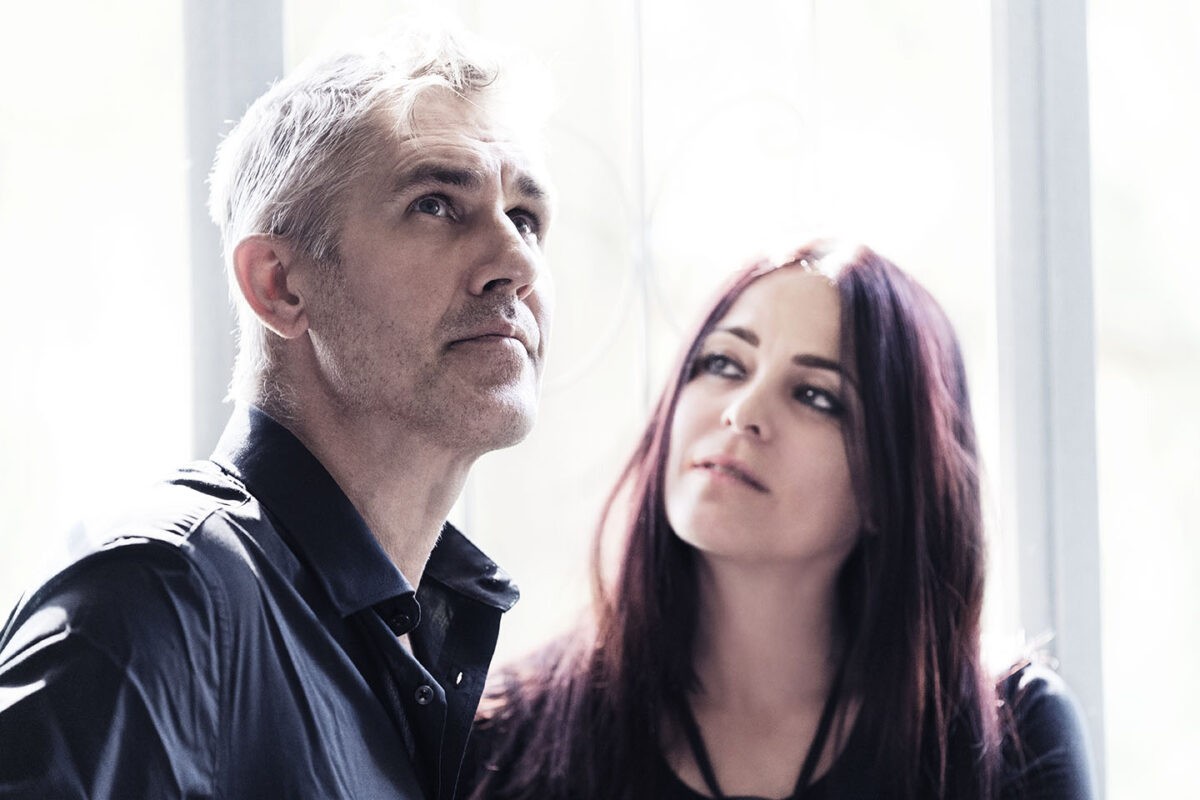 If you look at the list of all bands, albums and projects Håkon Gebhardt has been involved in and has won awards for as musician and record producer throughout his long music career, make sure you have enough free time – this list is really impressive and covers almost all music genres. But there is room on this list for his solo works as well. The first solo album, ‘Gebhardt plays with Himself’ was released in 2000. In 2017 Gebhardt recorded the EP ‘That Day’. And a little less than a month ago, on September 23rd, the new album ‘Geb Heart’ was released via Apollon Records. The album was recorded, mixed, and produced by Håkon Gebhardt at his Das Boot Studio in Firenze. His wife Marì Simonelli contributed to the album on bass and co-writing lyrics.
Read an interview with Håkon Gebhardt about his music and Gebhardt universe.

Throughout your many years in music you have worked in a wide variety of genres – prog with Motorpsycho, trash grass with HGH, noisy rock with DANG!!!, country with Ida Jenshus, synth-pop with Bertine Zetlitz. So, I’m very curious who were your musical heroes in the very first moment when you started playing music yourself?
What kind of music plays mostly in your house now? And which of these could possibly become the inspiration for Geb Heart?

As a kid it was Tramteateret, Knutsen of Ludviksen that kicked off my curiosity for music, then came the punk bands like Sex Pistols, Norgez Bank, Søt Hævn, De Press, and The Clash, before I went into the heavy metal with TNT, Kiss, Venom, and Slayer. During the same period my father used to have friends at home some afternoons for singing Bellman songs, and other classical music as an 8-piece choir, that was fascinating me a lot, just listening to the voices making harmonies together.

But I am not good at listening to music, I prefer to make it. So it is not often that I actually put on a record to listen to. But I get easily inspired when I hear other artists’ music (a minute is normally enough), and it gives me ideas for soundscapes or arrangements I can try out in my own music, or that I can use when I am producing albums for other artists.

Marì is the one in our house putting on records, so Nick Cave is regularly on, but she also feeds me with Italian music that you have to know when you live here. Franco Battiato I find very fascinating, and CCCP brings me back to the punk/new wave bands I loved when growing up.

You say the guitar was the first instrument you picked up as a kid. What is so fascinating about this instrument for you?

Since I tried my father´s old acoustic guitar in the house where I grew up, I felt that the guitar had something that was talking to me. The strings could help me express myself. I could put my fingers around it, and it would give me melodies back. I started writing my own songs, and I was never able to learn songs that I had not written myself, I was a nightmare for my teachers at the music school when I was supposed to learn classical guitar, and I just showed up to the next lesson with a new piece I had written.

On your first solo album, ‘Gebhardt plays with Himself’ from 2000, as well as EP ‘That Day’ from 2017 and the new album Geb Heart you did almost everything yourself – writing, composing, playing all the instruments, producing and mixing (with a little help from your wife Marì Simonelli on the last two). What attracts you to this kind of approach to music?

I have been playing in bands my whole life. I`ve been producing many many albums for other artists. In all of these settings, my job is to make the band or the artist get the right input from me so their musical vision gets realized. Creativity is not a democratic process, so I can not force my own ideas into projects that have a different musical vision than mine.

So the Gebhardt universe is a personal space where I don’t have to justify anything I am doing, here I can do my mistakes, and take musical choices that might be wrong for others, but that feel right for me. So I need this space to get my personal kicks and let out some steam.

Besides the obvious bass playing and co-writing lyrics, what do you consider your wife’s, Marì Simonelli, main contribution to this album?

Marì is the musical addict in the house, she is the one bringing in new music, and that again triggers new ideas in my head. I had been stuck with banjo and country music for some years when we met, but then she started filling me up with a lot of music that in a way I had left behind, and that I now wanted to dive into again. So she has had a huge impact on the new musical directions that are on this album, even if it’s been me writing and arranging the music.

And she is very passionate about lyrics, she pays a lot of attention to that when she listens to music. As mentioned before, Nick Cave and the Italian songwriter and musician Fabrizio De André are her favorite artists, and it is their ability to write that fascinates her the most. Geb Heart surrealistic universe is made of images, sounds, and words that we developed together. But I would say that her most important contribution to this album has been to get us started and to make us finish it.

In contrast to ‘Geb Heart’, ‘Gebhardt plays with Himself’ was almost entirely instrumental (except for one song with vocals). Are you considering recording more instrumental music in the future?

My first solo album ‘Gebhardt plays with Himself’ from 2000 was instrumental mostly because I was not very confident with my singing, I simply did not dare to sing, and it was easy to hide behind some obscure guitar lines. I have fun making instrumental music too, and when I work on soundtracks for movies I normally end up with pieces that are not being used, so they will probably end up as new bonus tracks or similar in the future, but the new music I`ve been writing lately is song-based, so I will have to follow what falls down in my fingers and see where it takes me.

I really love this, we can call it, statement from your press release “It’s Gebism, normalism with a twist”. Could you tell us a little about what is behind it?

I like playing around with words, and phrases, taking something that is known and making it into something that is my own. But what I try to say with this statement is that what I do is not that original, but it has my stamp on it. I like to do things my way in the Gebhardt universe even if it is wrong for others, that is when something cool can happen. But I also like cliches, so I want to approach something that is not very original, add my twist to it and that’s it.

The album cover artworks are made by you. As well as the music video ‘Breakup Breakdown’ – a stop motion video that took four months of work. You definitely have a passion for visual arts. Have you ever thought about devoting more time to art and perhaps organizing an exhibition of your art works..?

I have always loved to work visually making drawings, paintings, collages, or using whatever I had laying around, but I always considered it a hobby, something to relax with. But then again I like challenges and jumping into stuff that I am not familiar with, so if someone calls me and comes up with an interesting offer, I might try to put together something for an exhibition.

The album is dedicated to Jacopo Simonelli and Kristian Fjørkenstad Gebhardt