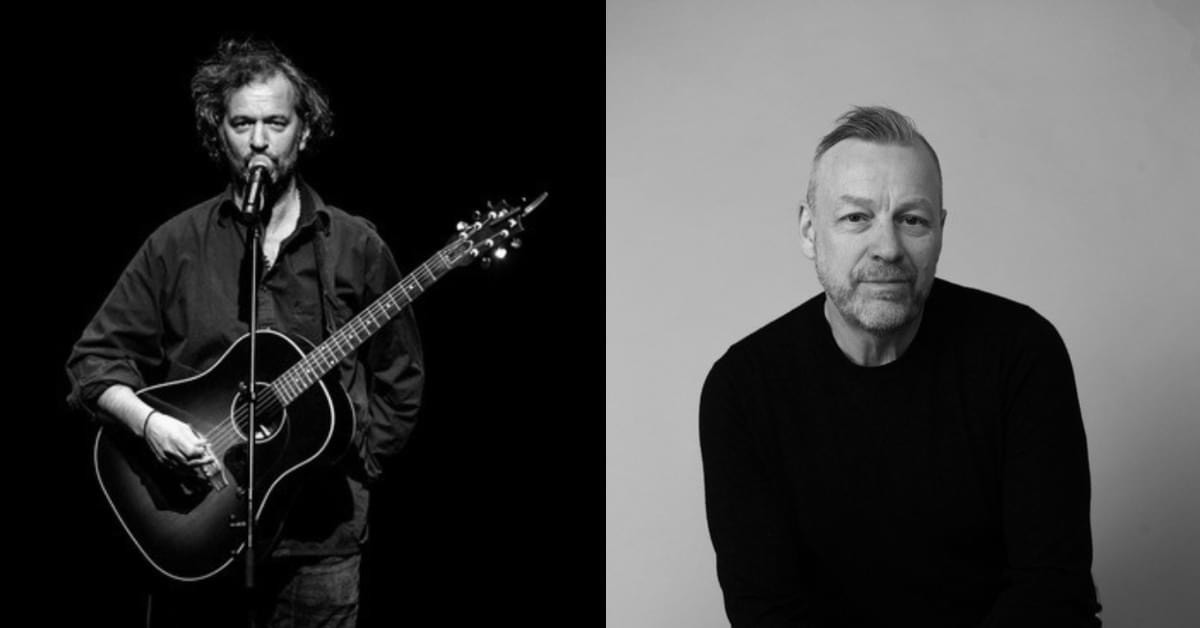 This Friday September 16th both Lars Fredrik Beckstrøm and Lars Lundevall of deLillos are releasing their solo albums – ‘Tiden for tiden’ by Beckstrøm and ‘Sanger 5 stk.’ by Lars Lundevall. And on Saturday 17th you have a great opportunity to meet them both at Verkstedhallen & Lobbyen, where they will present their new albums at a double release concert!

Below you can read an interview with Beckstrøm and Lundevall where they talk about the upcoming concert and their new music  And of course come to Verkstedhallen & Lobbyen this Saturday and enjoy this brilliant music live! Doors open 20:30. Concert starts 21:30

How did the idea of ​​releasing your solo albums at the same time come about?

Beckstrøm: Apart from the fact that we enjoy each other’s company… We thought it could create some attention from deLillos supporters and maybe create some more fuzz publically.

Lundevall: And also because we just found out that we both had planned to release new music this fall, I didn’t know that his album was planned around the same time as mine – so it was a bit of a happy coincidence too!

While ‘Tiden for tiden’ (by Lars Fredrik Beckstrøm) is more folk oriented, ‘Sanger 5 stk.’ (by Lars Lundevall) has a pure power pop sound. What can you say about such a combination of two different atmospheres during one musical evening?

Beckstrøm: Most of these songs are made and have been played on the acoustic guitar, before we made the recordings, so it will be ok. And we believe in contrasts

Lundevall: I have to agree on the acoustic-guitar thing, even though the production is different they are all songs that sound good played acoustic we think! And hopefully people are a bit like us, open to different kinds of music in one night

What new sides of you as musicians can we hear on these solo albums compared to deLillos?

Beckstrøm: ‘Tiden for tiden’ is the most folk oriented music I have recorded as a solo artist so far. I have arranged music for violin and dobro, I play more mandolin and bouzouki, and there are no electric guitars on this one.

Lundevall: I hope that my love for classic powerpop and slightly more guitar-oriented music comes through on my own Ep, and also it is very different for me to be kind of a frontman! I am a guitarist at heart, so it is kind of scary…

Are you considering releasing more music under your own name in the future?

Beckstrøm: I hope to release some more songs digitally quite soon.

Lundevall: Since this is an Ep with 5 sanger I am already planning to record five more and release it as a companion to this one, so it will be ‘Sanger 10 stk.’ in the end!

What are your concert plans after the concert at Verkstedhallen?

Beckstrøm: We play with our separate bands at Herr Nilsen in Oslo 27th and Beckstrøm is playing a concert at Nesodden 30th. We hope to play in Bergen before Christmas.