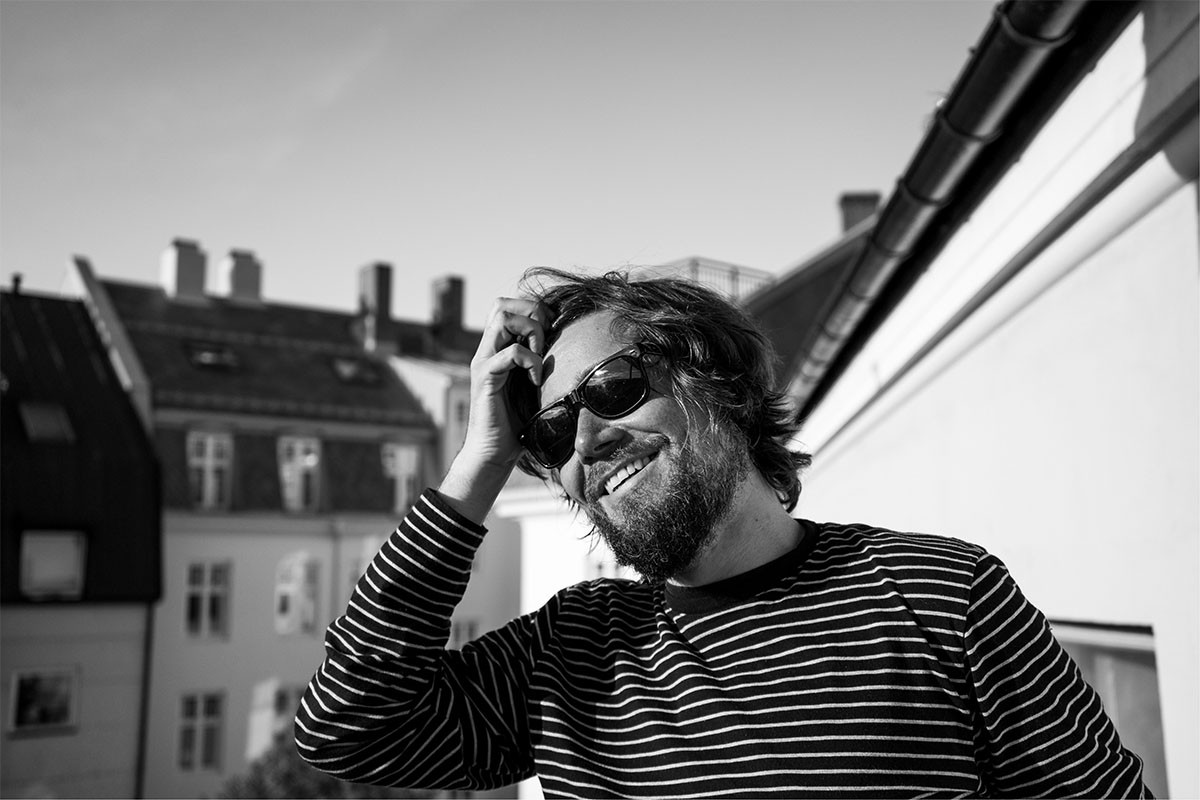 Read the interview with Tony Gonzalez about the recording sessions back in 2021, his love to visual arts and Velcro Dog’ big Norwegian tour this fall

Your debut album title is ‘Misanthropology’. What does misanthropology mean for you? And how does this term bring together the whole spectrum of thought behind the album’s ten songs?

Misanthropology is a deep dive into my distaste for humanity, both the humanity I possess myself and the one I see in others. At the same time, it’s about coming to terms with these more sordid sides of the human condition. These themes run throughout the whole album, loosely linking the ten songs together.

How long did it take to work on this album? Where and when was it recorded?

Work started sort of by accident at the tail end of 2019, when I suddenly had two songs that didn’t feel right for any of the other bands/projects I’m part of. Shortly after that Covid hit, so I found myself with nothing but time to chase the vibe of those initial two songs, slowly but surely building up the album from there.

The recording sessions took place at Ole Spangrud’s studio in February of 2021. It is situated in a massive wooden house in Trondheim, ideal for catching somber acoustic music on tape. The room we decided to do basic guitar tracking in was freezing cold, so we had to have a fireplace burning thorough a lot of those initial takes. The crackling from the burning wood gave off a nice ambience, so we decided to just leave it in there instead of redoing the guitars. Vocals, overdubs and mixing were then finished up during the spring/early summer.

‘Misanthropology’ was mastered by Alan Douches at West West Side Music, who has previously worked with such artists as Sufjan Stevens, Chelsea Wolfe, Fleetwood Mac. How did you start working with him?

We began working with Alan Douches on Barren Womb’s 2015 release “Nique Everything” on the merit of him mastering some of our favorite Converge, Young Widows and Dälek records, among other things. He’s a great guy and an excellent mastering engineer, who is also well versed in a lot of different genres, so I was really excited to have him work with Velcro Dog as well.

Album cover artwork like the rest of the design for Velcro Dog is made by you. How interesting is it for you to work on this part of the project?

I would say that this is a really important and enjoyable part of not only Velcro Dog, but most of the bands I’ve been part of. I love visual arts, especially album and poster artwork, so much so that I got a degree in graphic design, and tried to pursue a career in the field many years ago. It turned out that I absolutely loathed the work in a corporate setting. Suddenly it was all deadlines and expectations, which totally sucked all the fun out of it. My interest for visual arts sparked in a DIY punk environment, where necessity is the primary driving force, not overhead. When I get to create art within this framework, be it for my own projects, friends or other bands, I find a great deal of pleasure in it.

The premiere of ‘Misanthropology’ took place last week in the planetarium at Vitensenteret. In what other places, perhaps not the most usual ones, could you imagine the presentation of the album?

The Lytt sessions at Planetariet are absolutely spectacular, so I’d be hard pressed to find a better setting to present the album in. The sound and the visuals are out of this world (pun intended), and the absence of other distractions makes it a place like no other when it comes to actively absorbing music. At gun point though, if I had to choose another place, maybe an unannounced play-through at Heidi’s Beer Bar on a Saturday night. That would surely kill the mood.

Have you already started working on material for the next album?

There are bits and pieces, loose ends here and there, but nothing solid yet. My focus right now is touring this first album and getting ready to hit the studio with Barren Womb to record our next LP in November. After the Christmas break, I’ll get out the proverbial needle, tighten up those loose ends and sew together the aforementioned bits and pieces.

When will the Misanthropology release tour start and how long will it be?

The Norwegian leg of the tour started at Vitensenteret here in Trondheim on September 28th, and will wrap up in Molde on November 5th. There are also touring plans in the works outside of Norway for next year, as well as festival shows. Here are the remaining dates for the Norwegian release tour: