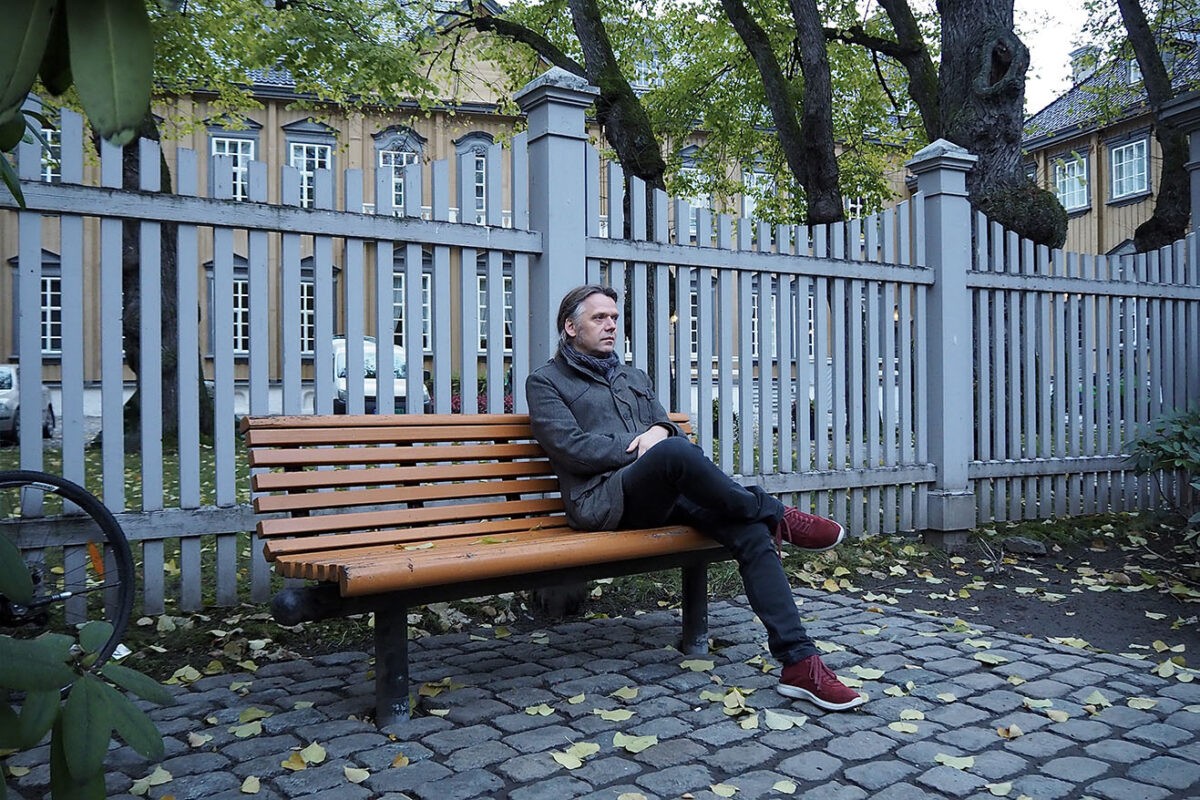 A conversation about music with Øyvind Holm

You have been in music for over twenty years and worked in a lot of different music genres. A music genre is, generally speaking, an abstract category. But how do you think, do the cultural traditions of the country you are living in influence the musical genres?

I might not be an optimal example for you here, since I for the most part have drawn my musical inspiration from British and American bands. But if you’re talking about Norwegian pop and rock music in general, of course it does. It could be everything from the kind instruments used on certain recordings, to topics touched upon in lyrics or the fact that many Norwegian artists feel it is important to express themselves in their mother-tongue. I think all this spring out of an awareness that it is important to preserve and pass on our cultural inheritance. No music, or art for that matter, is created in a vacuum. It will always in some way reflect the society it is created in.

Hard to say, but I don’t really think so. Some contemporary singer-songwriters might have added a broader, more modern sound palette to their album productions, maybe going for a more poppy sound. But many of them still tour alone, accompanying themselves with just an acoustic guitar and set of good storytelling songs. When it comes down to it, I still think the foundation is the same now as then. When it works well, it’s usually the combination of a good melody and lyrics that reflects the everyday life of both the artist and the listener. Whether it’s a love song or a song of a more political nature, there is always some relatable common ground present that will connect the artist and the audience together. There’s an intimacy there that might not be as evident in other types of music. At least that how it works for me. I’ve seen a lot of famous artist and bands in big concert halls and arenas, enjoyed it too. Still, many of the best concert experiences I have had are small gigs at Moskus, with just one guy and his guitar up on stages, and 70 people in the audience. When that works, it’s hard to beat.

You have worked together with many famous and talented musicians during your musical career. If you could choose any artist in the world, who would you like to record a new song with?

Well, if I could pick anyone, I would most definitely go for Paul McCartney.

I’m sure you have been asked many times about musicians who inspired you at the beginning of your musical career. But it will be very interesting to know what music you listen to now. For example, what was the last vinyl record you bought?

I started out listening to a lot of 60s and 70s music, and as everyone probably knows by now that my main source of inspiration in the beginning was The Beatles. Their music and adventurous approach to recording will always be an inspiration. I can’t think of any other band that covered more ground in seven years.

Still, I also try to keep up with more contemporary bands and artists. Lately I’ve been listening a lot to the new Sufjan Stevens album (“The Ascension”). I’ve also fallen in love with a new album by a guy called Elvis Perkins (“Creation Myths”). I’m always looking for new cool music to listen to. I listen to music all the time, and probably buy way too many records.
The last vinyl record I bought was probably the latest Jaga Jazzist album (“Pyramid”).

Your latest solo-album “After the Bees” released earlier this year has received high praise from critics. Do you have any plans for next one?

Actually, I wrote and demoed quite a few new songs this summer. I packed a few guitars, a keyboard and my MAC in the back of the car and drove off to our cabin in Oppdal. I spent a week on my own up there, working out new ideas. I’ve booked studio time in November to see if I can make sensible recordings out of any of these ideas. Hopefully, there will be a new album out in the spring of 2021. I’m constantly working on ideas for songs, though. So, there are probably also songs in progress that will turn up on other projects than my own.