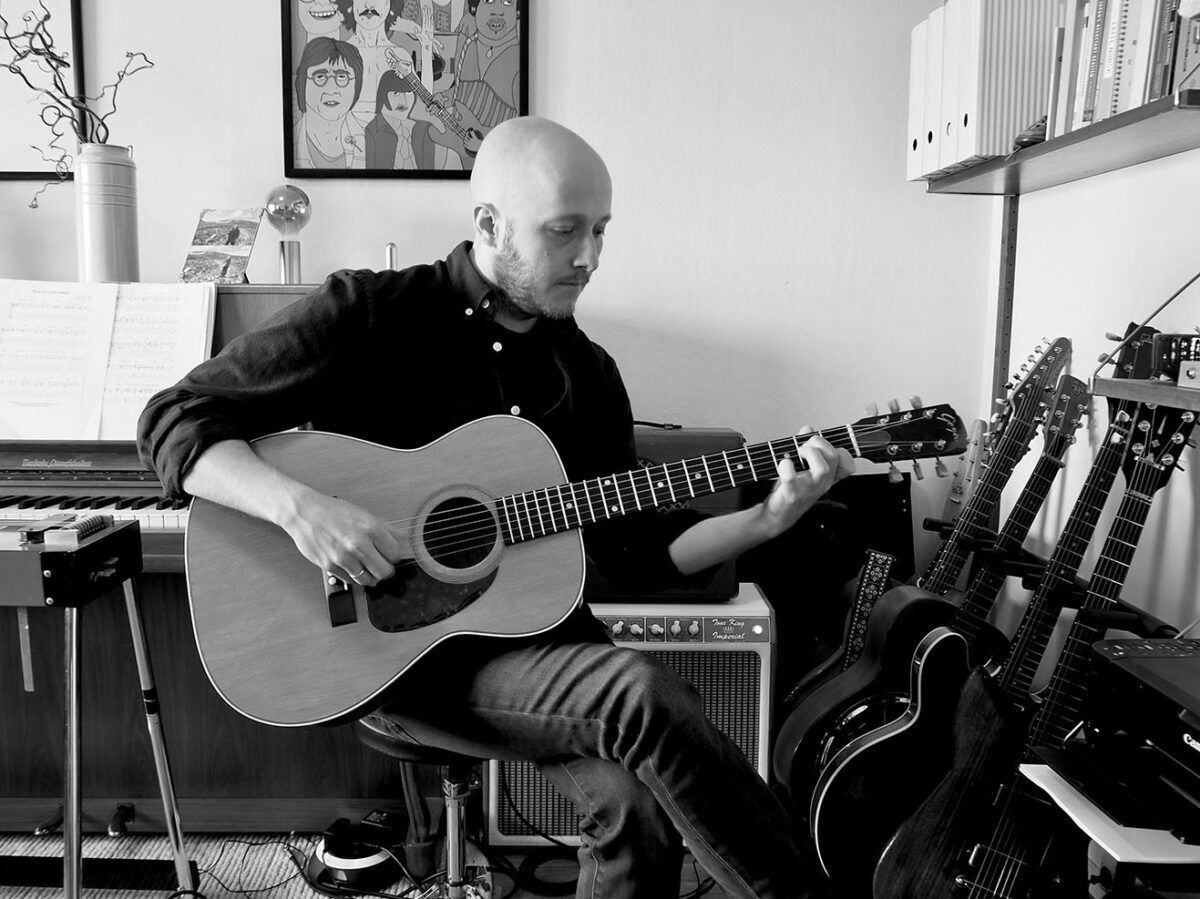 When did you start playing music?

I started out getting guitar lessons in the Kulturskole in my hometown. Soon after I started playing in various bands, mostly rock bands. Playing in bands have been a regular thing throughout the last 20+ years, but I’ve also done a fair bit of freelance work with solo artists, and theatre music work as well.

Why have you chosen genre you play?

I’ve played loads of different genres over the years, and I like to think that my musical voice is colored from listening to a lot of different music. Playing a certain style of music has been quite organic for me, in the sense that I’ve played whatever I have had the chance to play at a certain point in time. But I think genre as a «set of rules and conventions» is less important for me now than it used to be. I enjoy when something conventional is being challenged a bit. It doesn’t have to be extreme, it can also be quite subtle. As an example, in Stoll the instrumentation is more of a classic americana/country-thing. And the sound is definitely inspired by that. But we also incorporate collective improvisations and looser song structures, which are elements you would more often find in other types of music. So instead of thinking too much about genre in that band, I like to think of the music as the sum of our inspirations.

I also love playing in acoustic settings, for example folk music in Netland/Storrøsten Duo and bluegrass with Bare Fjas og Blågrass. In bluegrass the genre conventions are more rigid, and the roles of the different instruments are quite set. And I really like that as well! So even though I don’t always think too much about what genre I’m in, describing music as a genre can be quite useful when trying to explain to others what you or your band sounds like. So I guess it’s difficult to leave the idea of music as different genres completely.

Can we talk about musical instruments you play? So it’s mostly guitar and pedal steel guitar

I’m definitely a guitarist first and foremost, but in the last few years I’ve also taken up the pedal steel guitar. It is completely different to a regular guitar, and for me it has definitely been a great songwriting tool because It made me break out of my old guitar playing habits. When the instrument was new to me and everything was completely different than I was used to, I had to try to make sense of it in a way that seemed logical to me. This set off a creative spark, and it ended up as a few songs that later on became songs for the band Stoll. Alternate tunings on the guitar has kind of worked in a similar way for me. It forces me as a musician to let my ears and intuition decide what to do next, instead of relying on old habits. It’s challenging, but interesting!

Your latest project is Stoll band. Can you tell a little about it?

Well, I might be getting back to the whole genre thing here. But I guess I can describe Stoll as an instrumental band playing music inspired by various forms of americana, country and blues, but with a twist. I’ve heard it described as «post-country», as a parallell to post-rock. Kinda like that description actually! The great thing about Stoll is that it’s a place where sounds are brought to life as a collective unit. Plus, playing with Tore and Fritz is a blast!