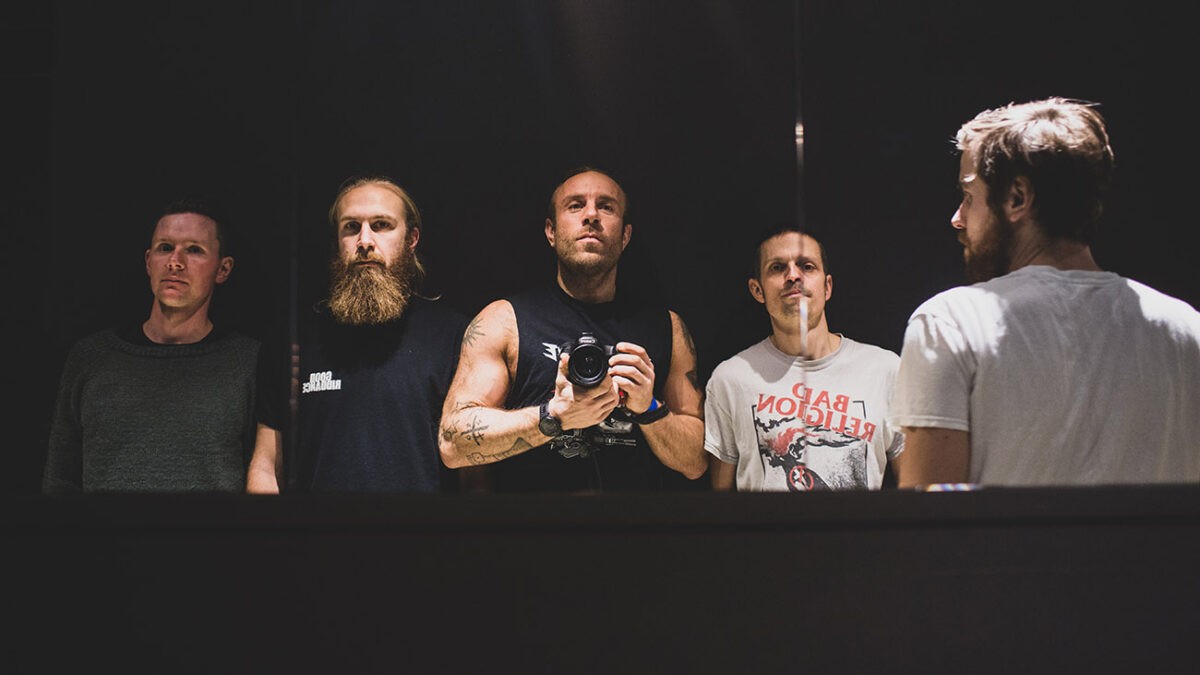 Anti-Lam Front release their second full length album tomorrow 9.October.
And it was a wonderful occasion to had a little chat with Erik and Erlend Lånke Solbu.

And a very classic and almost obligatory question to start with – what has changed in your music style since your latest album “Tidlig Anti-Lam Front” released in 2018?

(Erik) I guess we’ve never been a band who constantly strives to evolve, in the sense of crossing genres and incorporating new elements. Hearing myself saying this now, it sounds kind of boring, but it’s actually quite pleasant – doing stuff you master. That’s why the main recipe is pretty much the same as in 2018, but every ingredient has gotten a little more potent. What used to be good, is now even better.

From your bio on Spotify about new album: “You’ll get 14 songs characterized by being written in what seems to be the age of stupid”
Could you comment on this a little?

(Erlend) We wrote Tidlig Anti-Lam Front in 2015-2017. Looking back on that period now, it actually seems like a more enlightened time – or maybe less defiant unenlightened would be a better way to put it. I’ve read my Hans Rosling, I know many trends connected to the global standard of living are on a continuously upward trajectory, and I try to be aware of my cognitive blindspots, but I can’t shake this feeling of the last couple of years representing some kind of global downward spiral. The retarded man child who is the leader of the free world is obviously playing a part, but it’s more than that. It feels like we are getting more and more polarized as a society, both nationally and globally. We seem to be spending more time arguing over facts than trying to solve the issues at hand in a constructive manner. We thoughtlessly import every american custom and culture conflict. Intentionally misunderstanding the person you debate is the norm, not the exception. But what I know, we may always have done all of the above to an even bigger extent than we do now. Anyway, I guess this record is a bit bleaker, lyrically.

The new album, as well as the three previous singles from this year, will be released on Swedish record label Second Class Kids Records. Why have you chosen it?

(Erik) In April 2019, we played alongside Lastkaj 14 (also signed to SCK) for the first time. During our show, their singer sent a video to the owner of the record company with the text «sign them!». A few weeks later, Pelle from SCK got in touch and offered us to do a 7inch split with the Swedish skate punk outfit Headless Frank. We’ve stuck with SCK since then, as we share the same mentality on how to release punk music. It is also a fun challenge being Norwegians on a Swedish label, as the Swedish underground music scene traditionally has been less approachable than Central and Eastern Europe one.

You have written your songs in Trøndersk dialect since 2015. Have you ever considered recording a song in Bokmål, as more official Norwegian, or maybe English?

(Erik) All five of us had spent a couple of decades playing in bands singing in English, and never really thought about doing anything else. Not very strange, as the vast majority of bands we’ve identified with are English-speaking. Then, when starting ALF, for some reason singing in another language was totally out of the question. It wasn’t even something we discussed, we just knew that to get the most out of our lyrics, we had to write in our native language. So we did. That’s why the answer would be “no, never considered and never will”. And Bokmål? None of us know how to speak it. Would sound pretty weird.

You are well-known for the art of keeping a perfect balance between fun and seriousness. What is your secret?

(Erlend) I’m not sure everyone would agree that the balance is perfect, but thanks anyway. I can only answer for myself, but I am a fundamentally unserious person, I have a big problem with taking stuff seriously. That’s because I’m insanely privileged, so my life has basically always mostly been fun and game. But that doesn’t mean I can’t be very sincerely engaged in different issues from time to time. And I guess that would come across as seriousness. Not much of a secret, I know, but I think it’s as good an answer as you’re going to get.