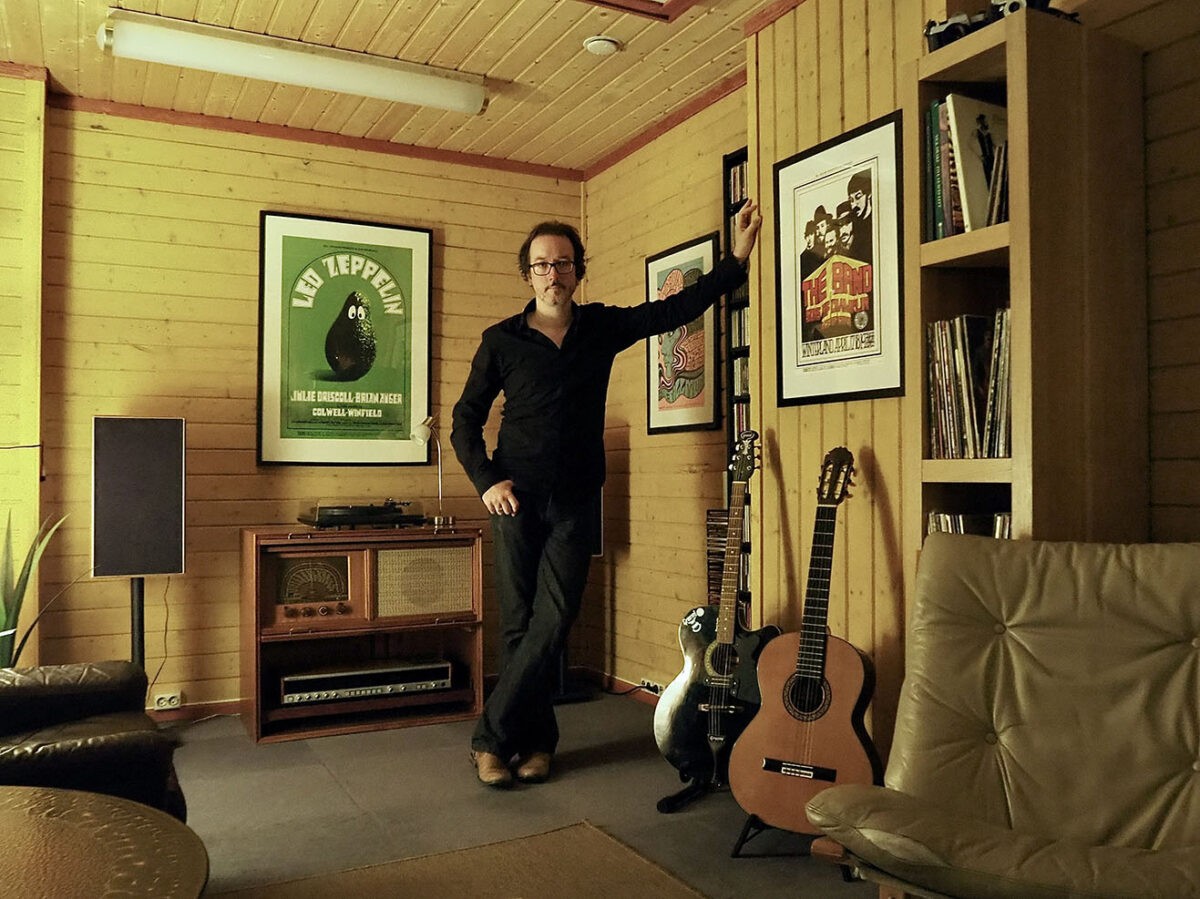 You were working in a lot of recording studios during your long musical career. And now you run your own studio. What do you think is the most special about Autumnsongs Recording Studio in comparison to other studios?

My studio is different to lots of other studios, in that everything — the recording and mixing areas — is all in the same large room. Usually, a studio will be divided into two rooms, one for recording and one for mixing. As I record myself a lot, and very often play on songs that I’m producing, I never really liked having the areas separated. I always preferred working in one large space. I would always keep the doors open between the live room and control room anyway, so it made sense to not build a wall between the areas.
When I’m recording someone else, it’s easier to communicate with them, because we can just talk to each other normally, rather than me having to press the talkback button so that they can hear me in the headphones. The whole talkback system removes the personal feeling that I’m trying to capture in the recordings.

I find that this type of studio helps everyone to feel like they are connected, working together on the recording, and it creates a special atmosphere. It tends to make people feel more comfortable, because they know that they aren’t alone when they go into the performance space. In such a large and open studio, we can actually do the recording anywhere. If a singer wants to record in any other part of the studio, we can just set up a mic wherever they’re comfortable. The whole space is available to become a recording area, depending on how they feel, and what kind of mood and vibe they’re looking for.

I’m sure you have heard this question a lot of times before. You are from London. Why have you moved to Trondheim?

I moved to Trondheim in 2007, and for a number of years before that, I was listening to a lot of Norwegian music. There was something in the atmosphere of the music that I found very compelling, and I had a feeling that one day I would move to Norway. The main artists I listened to were Thomas Dybdahl, Magnet, Jaga Jazzist, Poor Rich Ones, Emmerhoff & The Melancholy Babies, Anja Garbarek. Based on that, I thought I was going to move to Bergen at some point, but through MySpace I made friends in Trondheim, and the opportunity to move here just fell into place.

What, in your opinion, is the biggest difference between English music scene and Norwegian music scene?

The Norwegian scene is more like the English scene used to be in the early-seventies, where members of bands create new supergroups with each other. I love that! Because of that mentality, I’ve been lucky enough to work with some of my favourite Norwegian musicians — people I was listening to before I moved here. That just wouldn’t be possible in England.

Do you think it’s a dream job for you to run a recording studio?

Absolutely! I’ve always loved recording studios, and when I was young I would open album covers and look at the photos of where the album was recorded and what equipment they used. When I was at school I started playing around with a four-track cassette recorder. That was amazing, because I could record guitar on one track, record the bass guitar on another track, and then put a melody on another track. I loved it! When I was 17 I went to The BRIT School, which is the college version of LIPA. They had a recording studio there, where I spent most of my time, recording and mixing on a Soundcraft console (the same model as the one I have now) and 24-track tape machine.

I built a studio in the first place to record my own music, because I wanted to have time to experiment. When I started the studio I was mainly just playing guitar, keyboards and vocals. When I needed drums or anything else, I called in some other musicians. But I wanted to be able to do everything myself, so I borrowed a drum kit from a band I was recording, and figured out how to play it in a way that suited my songs. I’d been lucky enough to work with some of my favourite drummers, and I made sure to really pay attention to how they played, so I had a good foundation.

When you make music all by yourself the results will be extremely personal. I love listening to Jon Brion, Elliott Smith and Jason Falkner for this reason. You get a different atmosphere in the music when it’s just one person playing all the instruments.

Not long after I opened the studio, people started asking me to produce music for them, and suddenly I was playing guitar, keyboards and drums on a variety of albums. Just over three years ago, I outgrew the studio space I was in, and I was very lucky to be offered a large room in Nyhavna. This building is perfect for a recording studio. It’s a great sounding space.
Coming to work everyday here is an absolute pleasure, working with people’s music — being trusted with their music — helping them to bring their vision to life. I love it, and I feel honoured that some very talented artists and bands want to come here and record.