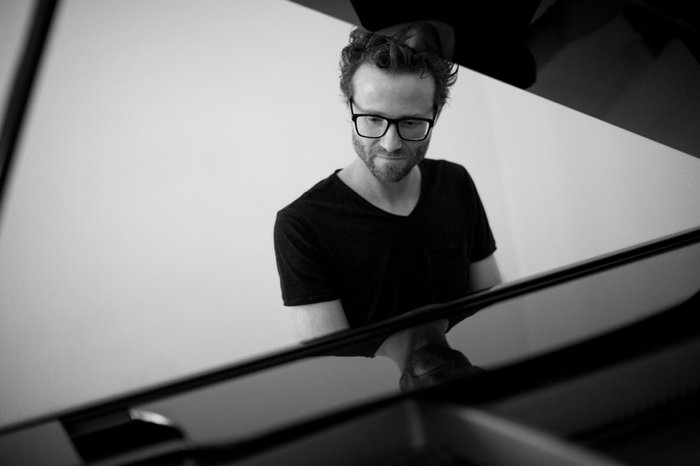 A new beautiful album release on Blue Spiral Records – Chapter One by Raimund Mathias Hepp. From the very first notes, the music enchants us with its elegance and delicacy so characteristic of all releases on this label. But there is something absolutely special about this particular album – Chapter One is not just beautiful instrumental music, this is a story.

Raimund Mathias Hepp has a lot of experience in writing music for film. Originally from Austria, he is currently based in both Vienna and Los Angeles. He has worked on the renowned projects in Hollywood and the solo musicians that contribute their performances to this album are also frequently featured in the work of film music composers Hans Zimmer or Christopher Young. In addition to this Raimund Mathias Hepp composes music also as a solo artist. And here his music is more minimalistic, experimental, influenced by neo-classic and contemporary electronic music. All this and also so beloved by the musician walks in the rain inspire him to create a unique atmospheric soundscape with its emotional storytelling melodies, where musical simplicity intertwines with experimental sound and melancholy intertwines with nostalgia. Chapter One is becoming a beautiful story where every song is a part of the story. And the title tells us that this story will be continued…

The album is available on all digital streaming services and on limited edition vinyl on bluespiralrecords.com