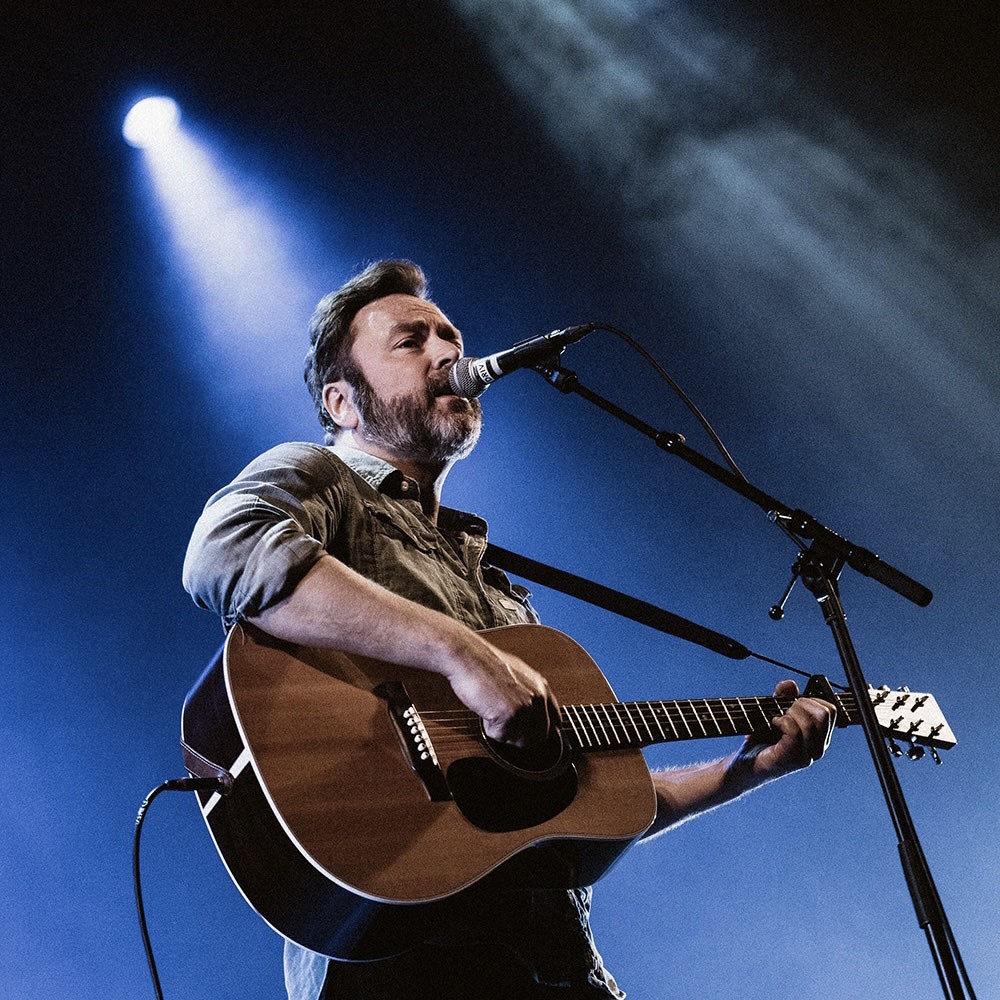 Stian Høyer Grønbech, better known under the stage name Elias Jung, has written and released his music since 2005. Working at the intersection of such genres as americana, nordic noir and indie rock, Elias Jung has got a lot of praise for his brilliant songwriting and remarkably solid music. But probably the most impressive and memorable is the atmosphere created by his songs. Below you can read the interview with the singer-songwriter.

‘January Sky’ is filled with dark notes, familiar from your previous works. What attracts you to such a noir atmosphere?

I guess I´ve always had an attraction for darkness and melancholy, almost on the borderline to where no light is shining through. But I never write without putting in the element of hope. It is a ground mood in my music that I find similar to the films, literature and music that I love. But I don’t know why it’s there or where it came from. It has always been there.

You are originally from Lofoten and have been based in Tromsø in recent years. Can we say that the atmosphere of northern Norway influences and inspires your work?

I tend to see myself as rooted in the landscape and atmosphere where I grew up. A kind of nature child, maybe. I grew up in Fygle. At that time a center on Vestvågøy, in the middle of the wild Lofoten Islands. Tall mountains raging higher than the sky, way out in the ocean. Total darkness in the middle of the longest of winter, suddenly interrupted by the northern light, snow storms, heavy rain. And endless of light during the intense summer, created by the midnight sun. I am sure that this has been a big inspiration. The mountains, the respect of the deep ocean and the shifting of weather. The blood of generations of fishermen running through me. Tromsø is a bit higher north. Different, but similar to Lofoten. It is the same soul. The same heartbeat, I think. I feel welcome and home here. It is a Nordic metropol for culture and art. The town never goes to sleep with festivals, concerts and events.

Your self-titled debut EP ‘Elias Jung’ was released in 2005. And your music style can be described as something at the intersection of such genres as americana, nordic noir, indie- and country rock. What genre do you personally see yourself in now and in the near future?

That is an interesting question. Not sure, actually. I know that I will be doing music in the all above mentioned genres in the future. Now I think I am deep into nordic noir and indie rock. But I think my music has its own style, and in my songwriting I am floating within. It could be fun to try to write punk and more angry stuff in the near future. I have also composed music for films, and that is a thing that I really enjoy.

Definitely. Unless my creation runs dry… (an artist’s biggest fear). I have all these ideas for albums, music and texts, and a bunch of unwritten lyrics. I just need enough time. And money is also an issue. It’s becoming more and more expensive in the record business, and at the same time a lot of things have changed with all these streaming services. You don’t get paid that much. I made a decision some years ago to make one album a year. Not quite there yet, but we´ll see how it goes.

In 2021 you released the album ‘Paa De Vilde Spor – Dikt av Knut Hamsun’, based on Knut Hamsun’ poetry. What does good poetry mean to you? And what do you focus on in your own songwriting?

I focus on my own voice. My own style. I want the listener or reader to be touched, to be moved. I try to write about things that others can relate to in their own way and maybe find comfort in. Good poetry is the one that says it all in just a few words. That hides and reveals all the beauty and pain at the same time. I try to learn from the great masters, Hamsun, Cohen, Dylan, Cave, Townes.

Besides the aforementioned album, you write your songs in English. Are you considering releasing an album in Norwegian one day?

No, I have no plan of releasing an album in Norwegian. My songwriting language is English. I admire songwriters that write good lyrics in Norwegian, but it feels strange to me when I try to do it myself. The closest I have come is singing in Norwegian, on my record ‘Paa De Vilde Spor – Dikt av Knut Hamsun’. I have started writing poems and short stories in Norwegian, but I feel more musically connected when writing in the English language.

‘January Sky’ is the first single from your upcoming album. Has the album release date been set yet? And will there be more single releases during this year?

Elias Jung has just signed a record deal with Westergaard Records, a label based in Trondheim. We´re working on releasing the album The Great Divide in October, but no release date yet because of the delay and uncertainty we experience in vinyl printing these days. We´re planning to release one more single before the album comes out.

Listen to ‘January Sky’ on your preferred streaming service: https://orcd.co/januarysky