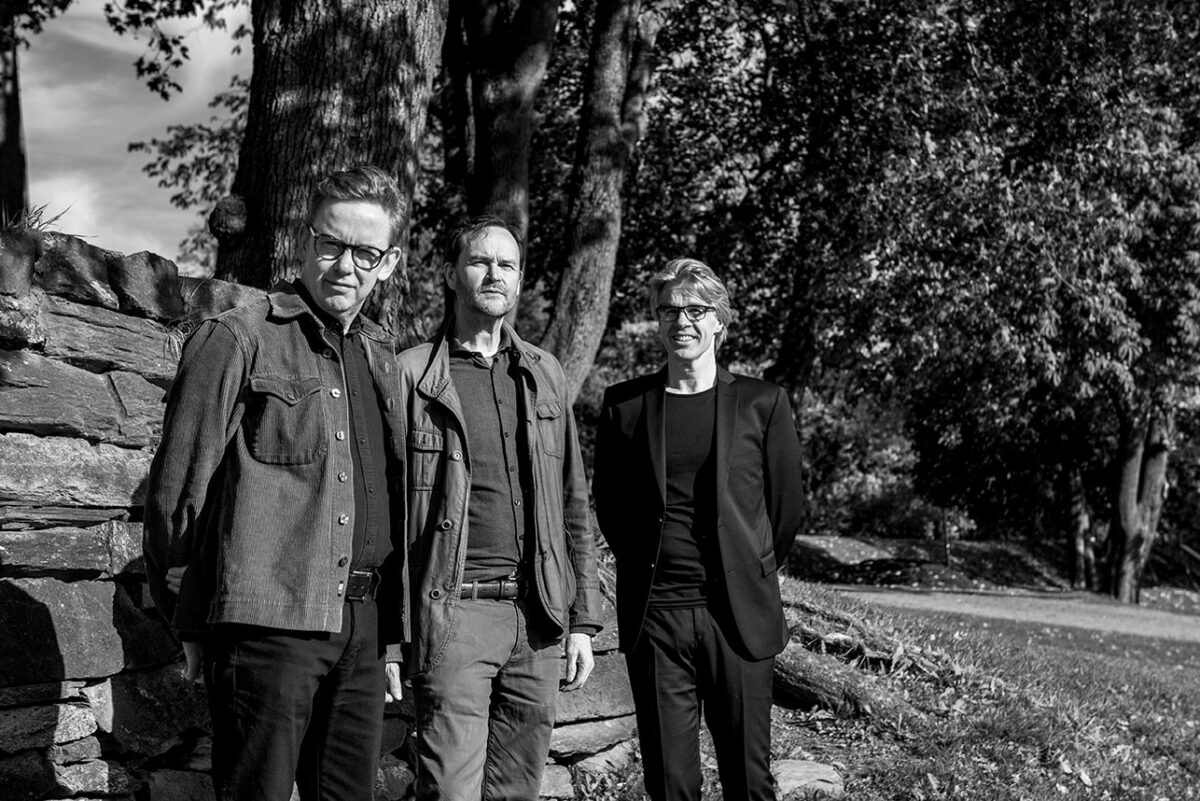 Fungal band released their new EP “Demise” in October. Read the interview with Per Fikse, Asle H. Kiran and Hans Stenøien of Fungal.

Your new EP “Demise” was released on October 15th. And you have another album before that – the debut album “Sometimes I Walk and Listen to Myself” from 2019. But maybe could you tell us a little about Fungal as a project itself first?

Per: The intention to begin with was to try and see what happened when Hans’ melodic nature met the more or less idiosyncratic, rule-ignorant tonal world of Asle and Per. We have been friends for like 35 years, and released stuff through our common label Pop-Eye on and off since then, so it was on high time with a common project.

The EP was recorded at Pop-Eye studios, produced by Fungal, and mixed by Karl Klaseie at Øra Studio. How long did the working process take? And who else contributed to this album?

Hans: The process was divided into several phases. We started out simply playing loose, almost random, ideas that each of us contributed when we met. Small and simple pieces that we would then elaborate together. We really started out from almost nothing, and then built an outline of various songs based on ideas we got while playing together.

When the basic outline was made, we could start recording, but this time each one separately. Making the outline of the songs, as described, took a couple of weeks. Recording each layer of the songs, back and forth between the three of us, took months. It was fun. Ingvald Vassbø recorded drums quite early in the process, and Amund Stenøien played vibraphone when we were reaching the end of this recording phase. Both of them are playing wonderfully!

Quoting your press release: “Compared to the 2019 debut album, listeners will discover a darker and more explorative audio landscape”. Could you comment on this?

Asle: Part of this is probably down to the recording process itself. Last time around (the album) each of us brought in more or less finished songs that, even though the others did have significant inputs, for the most part were quite similar in structure, basic arrangements and “tone” to how they appeared on the album. In retrospect, I think that the album lacks a certain cohesiveness because of this (although Simon Gore, who mixed the album, to a large degree made us sound like a band). This time, as Hans describes, the more collaborative songwriting and recording process made us approach the songs differently, being inherently explorative. Also, at some point, we noticed that most of the songs had taken a darker turn (whatever that is) and decided to play into this. I believe it was Hans who suggested that we should go for something more “ambientish”. Still, the finished EP is quite far from ambient music, but there’s a dreaminess and wariness to it that’s not on the album (“The Greatest Gift” perhaps being the exception, but that song was actually structured and arranged under similar circumstances to the EP).

Per: What we have been playing most of our ‘careers’ was undeniably shaped by the alternative guitar pop of the 90’s. Perhaps the more introverted sounds of the early 80’s have caught up on us? We made a choice early on in the process to open up for the use of electronic instruments at the expense of guitars. Thus, there is an intrinsic mood change in the approach, from the eclectic but lighter choice of tracks on the LP, to the darker, concept-like EP, expressed by incorporating synthesizers, a minor key and some dissonance in the songs.

You call this album, thematically, “a modern Macbeth story”. What was the reason that you chose this motive as inspiration?

Hans: There are some Macbeth associations in there, with both witches and tyrants and death. The lyrics deal with transitions, and what it takes for things to be better than what they are. This easily becomes a bit boring, so dark castles and corrupt heirs are introduced, to make the story a bit more interesting, perhaps. It is of course dark, it is that kind of music. But it might actually end well, the whole situation, the ending is a bit open. The people will most likely have a hard time also in the future. But at least we allowed some optimism in the shape of some major chords at the end of the last song, “Fools”. That’s something.

Do you have any plans to release more new music or play live concerts this year?

Per: Nope; busy times, so we will have to wait and see what the new year brings.