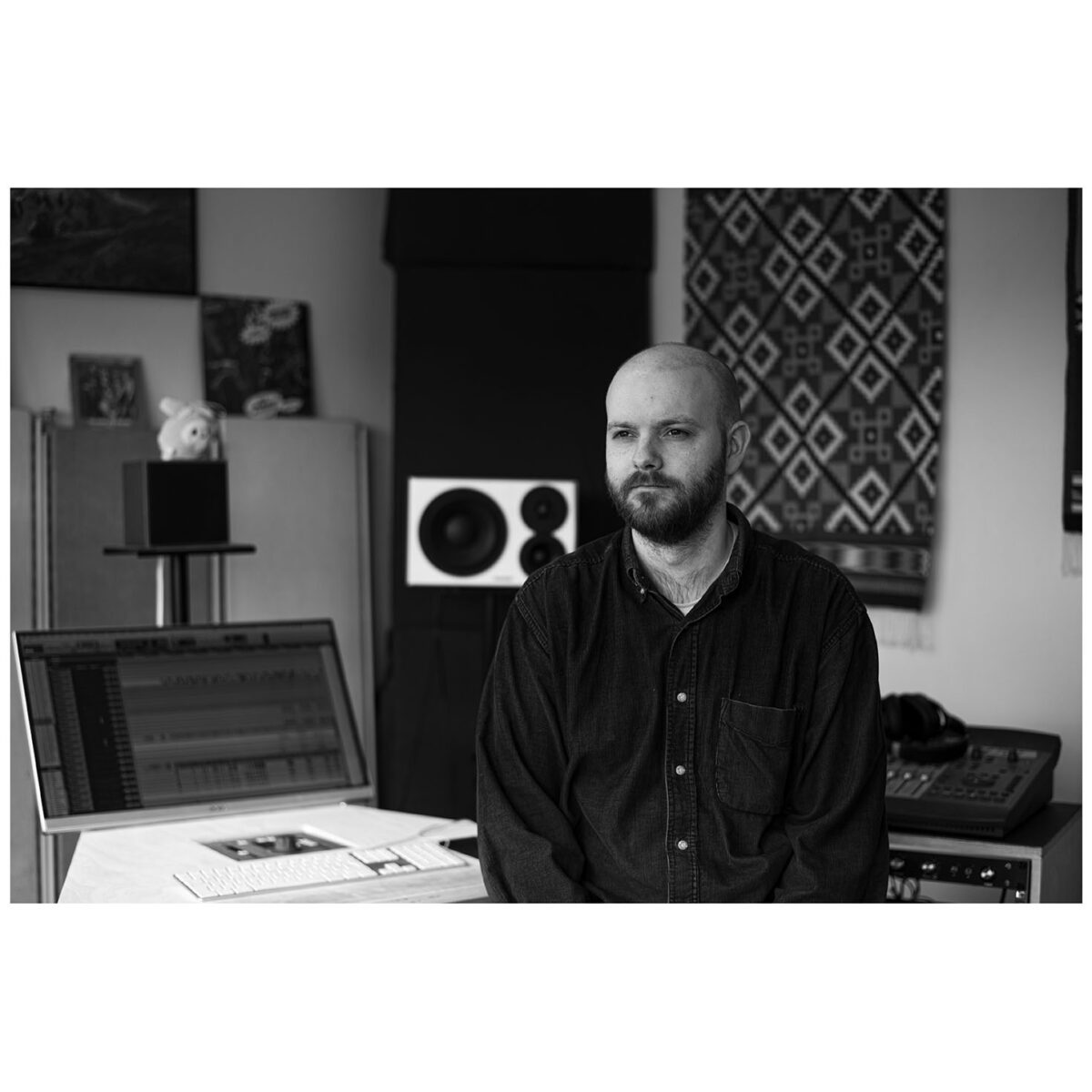 If we speak about production as a process, what stages must the song go through on the way to the final product?

It changes on a case to case basis, to be honest. I was about to write “well, first it needs to be written”, but sometimes a song doesn’t even need to be written before you pull it from the idea world and record it onto some sort of media. In order to release a song it needs to be recorded, then someone has to combine all the sounds – mix it -, then it should go through mastering where someone dresses it up so that it has roughly the same level as other music in the world, and then it needs to be uploaded or sent somewhere. All the stages between the song existing in the idea world and it being released can take any number of forms.

What tools do you use in your work?

amplification, which amplifies a signal (should it sound “clean” or should it be distorted/overdriven)

equalization, which allows you to change the frequency balance of a signal (how “bright” or “dark” it sounds)

dynamic processing, which allows you to manipulate the dynamic envelope of a signal (how loud the pluck of the guitar strings should be compared to the strings vibrating afterwards)

To be able to use all these tools in a meaningful way you also need to be able to hear what you’re doing in an objectively precise environment, so I definitely depend on a good monitoring system with decent monitors and headphones.

What is the most important thing for you when you are working on production?

This probably sound prentetious, but I think the most important thing for me is to set aside myself and my ego and my stupid taste and how I love spring reverb but not plate reverb and all the idiotic opinionated stuff that I define myself by, and rather let myself be dictated by the music and the situation I’m in with whoever has hired me to produce their music. This is all very idealized, and of course I can’t do anything that’s not a direct result of my life and all the music I’ve heard and all my experiences in the world, but I find it essential to not approach the music that I work on from a particular angle or with a particular musical agenda. I’m really opposed to the idea of producers having a signature sound.

All in all, I think that this is the most important thing for me when I work on a production: as a producer I must never take away the stuff that makes a musical situation unique. Instead I need to nourish and nurture all the things that make this particular band or artist into what they are.

What does “ideal sound” mean to you and how do you achieve it?

Like I touched on in the previous answer I try to not have any ideas about what “ideal sound” is and should be, but I fail miserably of course and find myself again and again being drawn towards certain types of sounds. I think I have a tendency of making my productions and my mixes less hollowed out in the low mids than many other engineers, and I’m quite sensitive to a lot of information in certain frequency areas, like the high mids. So basically, I’m naturally inclined to mix in a way that to me feels “warm” and “organic”, rather than “hi-fi”, “bright” and “in your face”, although I’m sure there’s plenty of examples of the opposite in my past and future work. Which is good, there’s nothing better than surprising yourself!