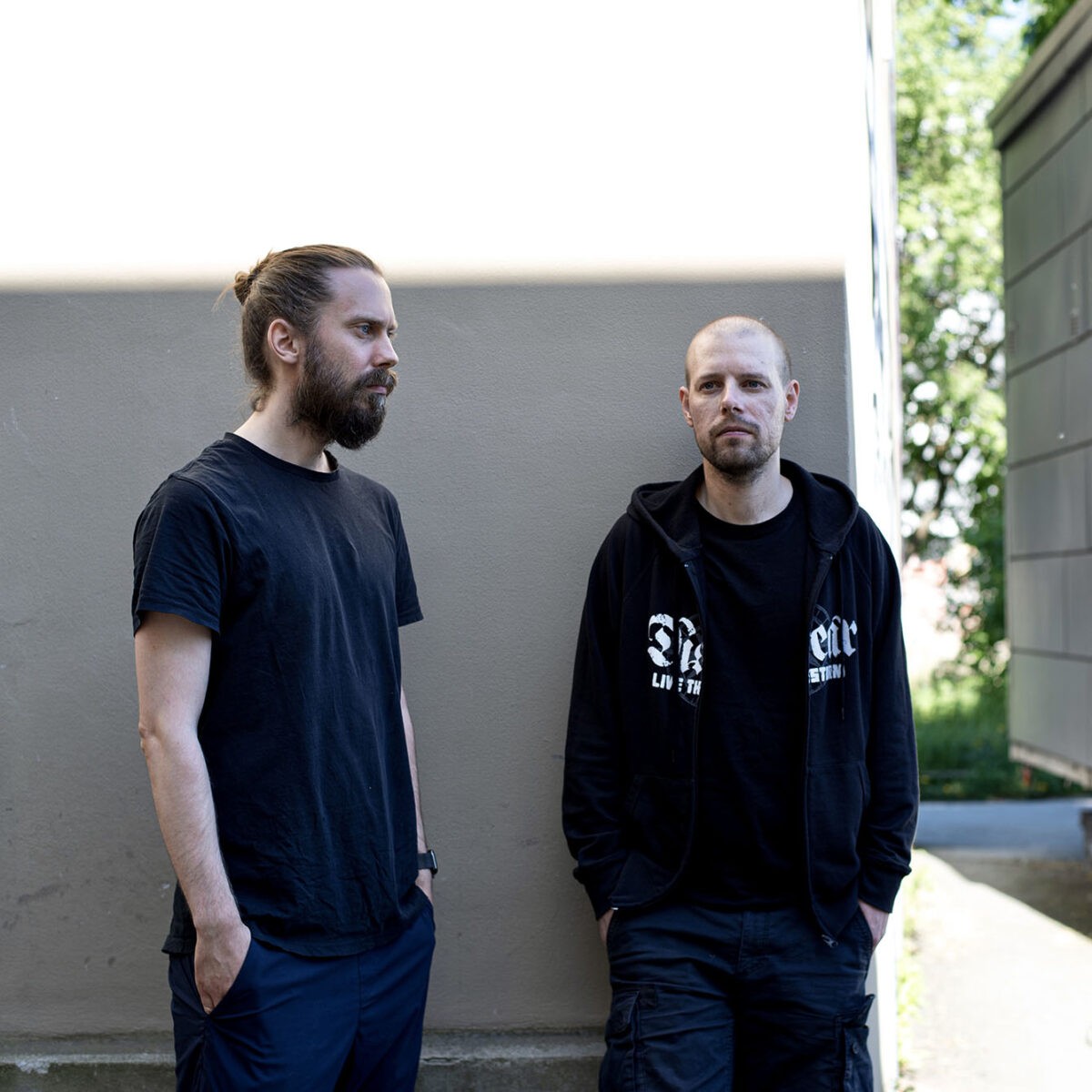 Yodok released their new album ‘V’ on May 28. Read the interview with Tomas Järmyr

After some years as YODOK III together with Dirk Serries you came back to duo format Yodok. And this time you invited Italian bass player Massimo Pupillo (Zu) for an improvised studio session. Could you tell us a little more about all this..?

Yodok as a duo started in 2009 and has never ceased to exist. After we recorded with Dirk Serries in the Athletic Sound studio in Halden (NO) back in 2012 (basically under the same circumstances as with Massimo Pupillo) we simply realised that this trio needed to continue playing together. However, we wanted the “core duo” to be able to go on adventures on its own, exploring different paths. The album with Serries was our 3rd album, it was recorded as a trio, and therefore we named that specific line-up: YODOK III. You could say that the album “IIII” confirms the autonomy of the duo and the musical art project that is Yodok, consisting of Kristoffer and myself.

I saw Massimo with the band Hairy Bones at MoldeJazz many years ago and I was completely floored by his sound and brutal performance. I was already a fan of his band Zu, so this experience just made it clear to me that Massimo was someone I just had to play with some day, in some context.

Years later I pitched the idea to Kristoffer that we invite Massimo for a session with Yodok. We both got very curious and excited about that idea and, fortunately for us, so did Massimo!

Your latest album “IIII” as Yodok was released in 2015. Will the ‘V’ continue the same style or will it be something completely new in sound?

Yodok is first and foremost based upon an idea about how to create music together, an idea that is applied extensively within the tradition of jazz and improvised music. Adding a new variable (instrument/musician) will and should, in one way or another, have an impact on the sound and musical expression. Massimo showed to be a natural extension, or enhancer, of the fundamental core upon which Yodok builds its musical expression. It worked out great!

The ‘V’ was recorded by Thomas Henriksen at Sørgården Studio, mixed by you and mastered by Karl Daniel Lidén. Could we talk a little about the working process..?

The process was very simple. Massimo came to Trondheim two days prior to recording to hang out and maybe jam a little. We spent two days in the studio just playing around. No written material or other plans were made. Even though Thomas didn’t really know what to expect in terms of sounds that we were going to produce while playing, he did a really nice job capturing whatever came out of our instruments.

I mixed the record myself, and I usually turn to Karl Daniel Lidén for mastering. He is great at what he does and he seems to understand where I want to go with my mixes.

The album was released on Midira Records. Why have you chosen this label to release your music?

I have previously released two records on Midira Records (WERL3 and Havnes.Serries.Järmyr). I like their approach to releasing music and the physical format as a complete work of art. I pitched this project a while ago and I’m very happy Midira wanted to release it.

In what format is the album released?

The piece that is now the album, 59 minutes of unedited improvisation, could not be split up in two or three pieces. It has to be experienced in one sequence, therefore we ended up going for CD format.

Their new album ‘V’ was released on May 28. Do you have any more plans for Yodok for this year?

Due to covid-19 and other obligations out the year it is not very likely that Yodok will do any live shows in 2021. But, who knows!! Anyway, hopefully we’ll be able to do something creative in 2022.