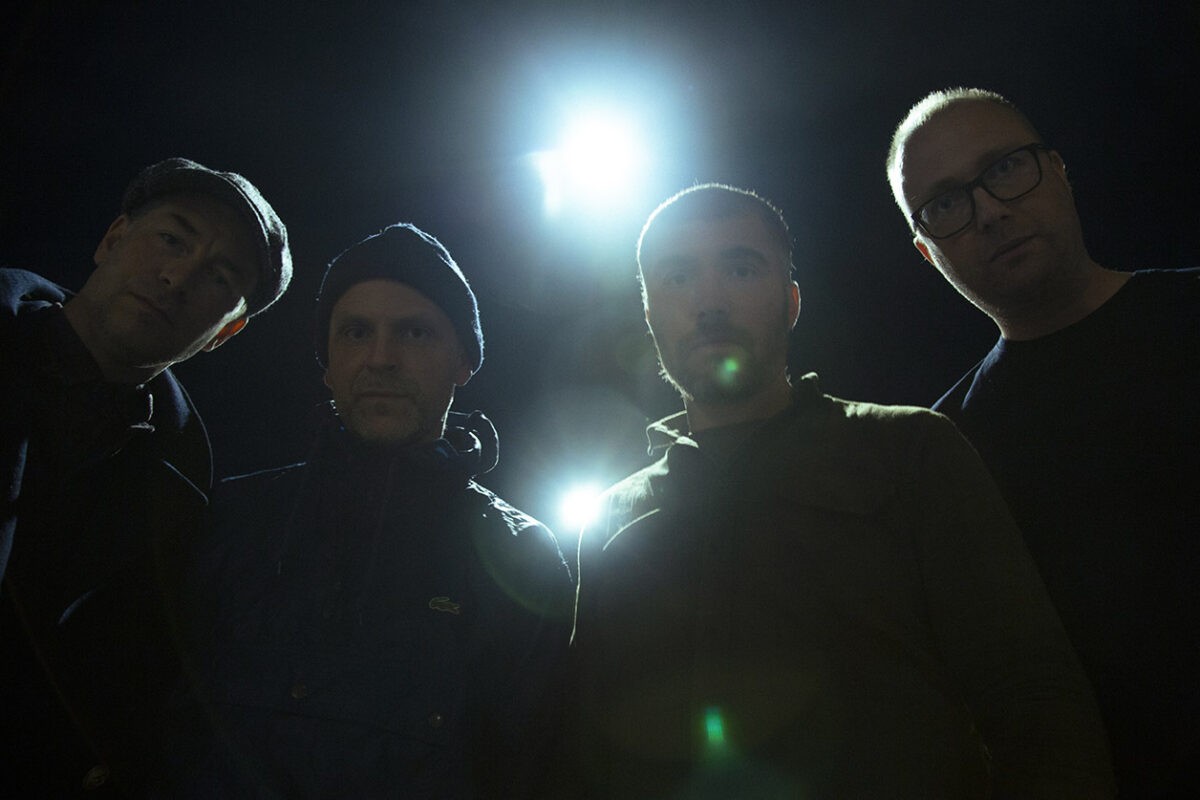 The album follows the critically acclaimed release ‘All City’ from 2018 and the debut album ‘Oslo So Slow’ from 2016, which was recognized by many as one of the very best albums of that year.

Read the interview with the band about Oslo inspiration, their collective record collection and collaboration with Anders Møller and Anne Mette Hårdnes.

On the new album as well as on the previous one, Oslo became your main inspiration. What is the most fascinating thing about this city for you?

Most of us grew up in Oslo and in a very new part of the city, which was built during the end of the sixties and early seventies as it was recognized that Oslo was in serious shortage of proper housing, just like the “Miljonprogrammet” in Sweden where a million homes were raised between 1965 and 1974. To us it was the best place to grow up, surrounded by nature and a short subway ride downtown. The most fascinating thing about this city is the speed of which it changes. The Oslo we once knew is not here anymore, but as long as there is a third rail buzzing not too far away, I think we are a happy group. The drummer is not from Oslo but lived here for 20 years before moving back to his hometown. He has said his fondest memories are from the lively and ever growing music scene and the fact that Oslo is more of a big small town, than a metropolis, which makes it easy to get to know.

You call ‘Outside’ as a central song of the album. Why is this one so essential for you?

I think it is as simple as a universal love for the dark horse. And this horse was actually on its way to the glue factory. With Outside we went down an unbeaten path for us, as the song is made up out of three parts, with quite different expressions. We wanted the first part to sound like a short sixties pop tune, while the second part introduces acoustic guitars with a nod to late era Beatles, and the last part spins into a long Neil Young-ish jam. Like you can imagine, the whole thing was way too ambitious, and we ended up cutting the song from the album completely.

Then as a last attempt of saving the tune, it was our studio engineer / producer Anders Møller who had us take another go at it, and we re-recorded it from start to end one more time.

It still sounds a bit strange; it even has our guitar player singing lead vocals, which results in it really not holding the same standards as the rest of the songs. But I think the oddness to it is what we love. It’s full of flaws and stuff that we usually wouldn´t let slide in our songs, but we ended up last minute keeping the song on the track list, and now we are happy we did.

And if you listen through the whole song it kind of feels like a surprising bonus when the new parts in the end start hitting you.

Label draws its inspiration from the British and American rock tradition. Could you mention a couple of bands and songs which are the most significant for you?

Our collective record collection is pretty eclectic, but I think everyone comes together on most of the classic rock and soft rock released in the fifties, sixties and seventies. So we just draw from a big pool of inspirations and go from there. Our members have been part of a variety of different music styles growing up, and this has made us capable of including more original takes on otherwise classic rock riffs and vibes in our songs.

The album is recorded and co-produced by Anders Møller. Could you tell us about this collaboration?

He makes a huge difference in the way he contributes in the studio, not just with his fine taste in percussion which mostly is laid down by him, but also the way he gets great sounds. If someone needs to tell us that we are off, it’s him, or if someone wants us to push the envelope as well, that’s also him. The good thing about Anders is that he is painfully honest when he needs to be, and he’s extremely supportive on all levels. Basically he is and always has been a great catalyst for us.

Anne Mette Hårdnes (Lady Friend, Sweetheart) has also joined the band on vocals. What could you say about her contribution to this album?

She came in and laid down the perfect vocal part in “Can’t Believe That You’re Going”, which was exactly what the song needed to get that extra something. She also plays keys and sings harmonies with us live, which is essential for us being able to even perform most of our songs live. We can’t really manage without her now.

Besides being an incredibly talented singer/songwriter herself with newly released Lady Friend album “Songs from the Guesthouse” to boot, she also runs the record label Mother Likes It Records, and is the glue that keeps the scene together.

The release concert took place at Last Train, Oslo on November 18. What are your next concert plans?

First of all, we couldn’t wait to play Last Train again! It is one of our all time favorite bars in Oslo, and playing there is always a blast. We unfortunately had to cancel our appearance at the Øya festival in August so the concert on the 18th of November is our first gig in Oslo for quite a long time.

We are looking to put together some more shows at least in the Oslo vicinity, but will soon have planned shows for other parts of Norway as well and will be playing different towns and festivals next spring.