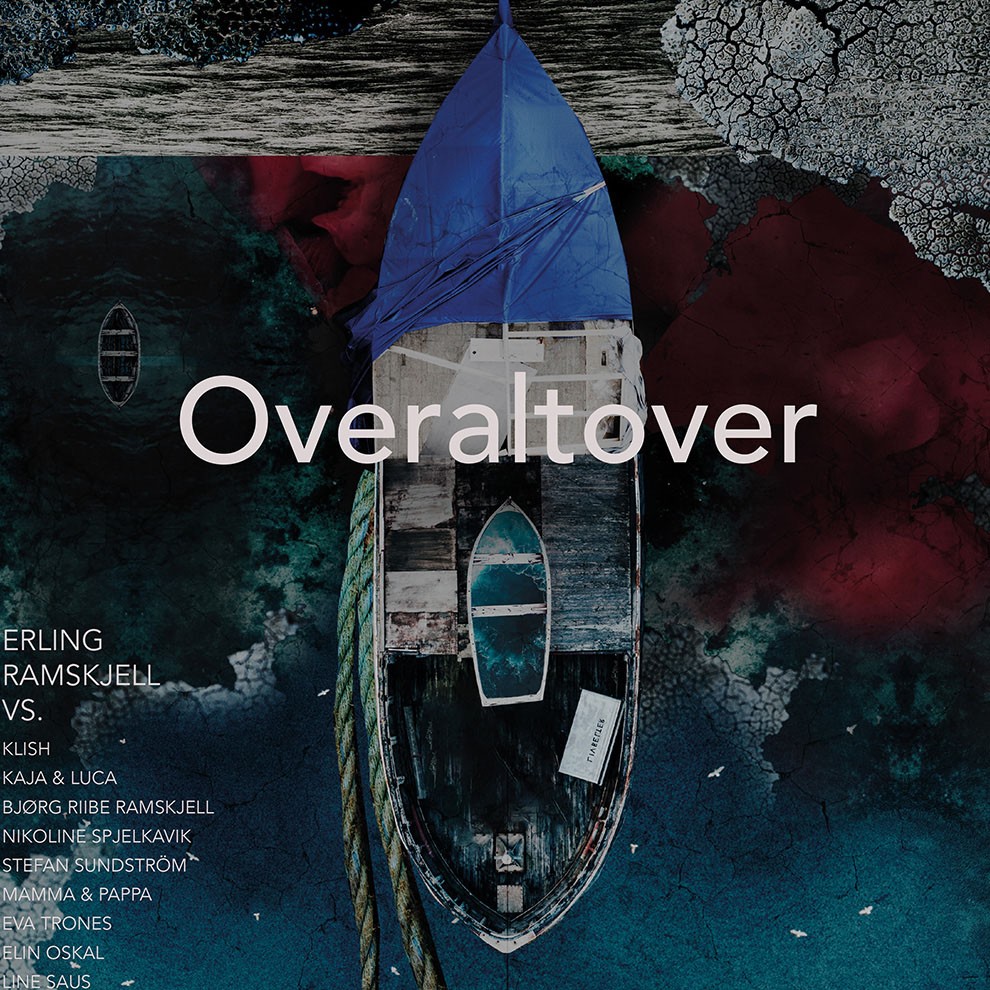 The new album was released on Friday October 7th via Westergaard Records and available on vinyl and digitally on streaming services. Ramskjell’ previous solo album Visnesmerte from 2020 received rave reviews from both critics and the public. In addition to his brilliant solo albums (under his own name and under under the artist name Æ), he has also released records with the band Likholmen (with Stefan Sundstrøm and Ingeborg Oktober) and Hva er det som spiser meg om natten (with Klish). And on new album Ramskjell once again demonstrates his ability to bring out the best in other artists through their songs and collaborations – Overaltover consists only of duets with among others Stefan Sundstrøm, Klish, Line Saus and Elin Oskal.

Below you can read an interview with Erling Ramskjell

You are well known for your duets, but what was it like working with nine different artists for your new album?

The more, the merrier, as they say. Through a fairly long life in music, I have been working with a fairly wide range of people: both singers and instrumentalists. I have been thinking about doing such an album for a very long time, and it was definitely about time I went all in, and got it done. Luckily, I got the chance to make the start off the album through an «artist friendly» project initiated and paid for by Musikk in Nordland, during the plague: funds to write the tracks, take my band and my fellow singers into studio, and also collaborate with the string quartet of Musikk i Nordland. So this is quite a crowded album. The four duets from those sessions were with Elin Oskal, Eva Trones, Klish and Nikoline.

It is such a blast and a privilege to work together with all these people, who were asked based on a few main criterions: that they have distinct musical identity, that they strictly demographically have a little distance to me. And of course: It is people I have the uttermost respect and admiration for. When thinking about it: It is a truly diverse group of people.

I am actually singing two of the tracks with two other vocalists at the same time. I neither know the term in Norwegian nor English term: Thre-et, multiet or something?

What kind of atmosphere did you want to create on Overaltover compared to your previous solo album Visnesmerte from 2020?

I guess «Everywherewards» is the closest you come to an English translation of «Overaltover» . It definitely feels like a whole and solid album, which is bound together but when bringing in so many other vocalists, and perspectives- such an album is bound to…go in many different directions at the same time, if you catch my drift. And that is both a prerequisite and a result of making an album like this.

Visnesmerte «Withering woes» (as in opposite to growing pains) is a very «small and low voiced album» focused around an acoustic guitar, sparse instrumentation, very low key recorded etc. So there’s more of a feel and sound of loneliness to that album. «Visnesmerte»  is – if not the antithesis to- so at least as far as stylistics go….. «quite something else» than «Overaltover».

Another important point is that all the songs on «overaltover» are written with the people I’m singing with, a musical persona in mind.

Earlier this year, you and Klish started a new project Hva er det som spiser meg om natten. Do you have more ongoing projects? And what are your plans as a solo artist?

Yes! Klish, what a man, what an artist. Me and him had been talking about doing something full scale together for a few years- and some time last year we just  went «Let’s do this!» and so we gave birth to «Hva er det som spiser meg om natten» («What’s eating me at night»). We started out in January, without any other plan than to see what would happen when getting together with a guitar, a sampler, something to write with and on. We hung out at his apartment – and pretty much invented ourselves, and wrote our two first albums during a little weekend. It was really a kick! The good thing is that we consider ourselves a band now, and not a project. Meaning we are planning a lot of future action. We have being touring some, and is currently working with the next leg of touring, and when to record our next albums

Besides that, there are always a lot of things that might be put into life one day. But I must admit I have a few albums that I almost have finished writing.
But I think I have to get out and play some concerts in near future