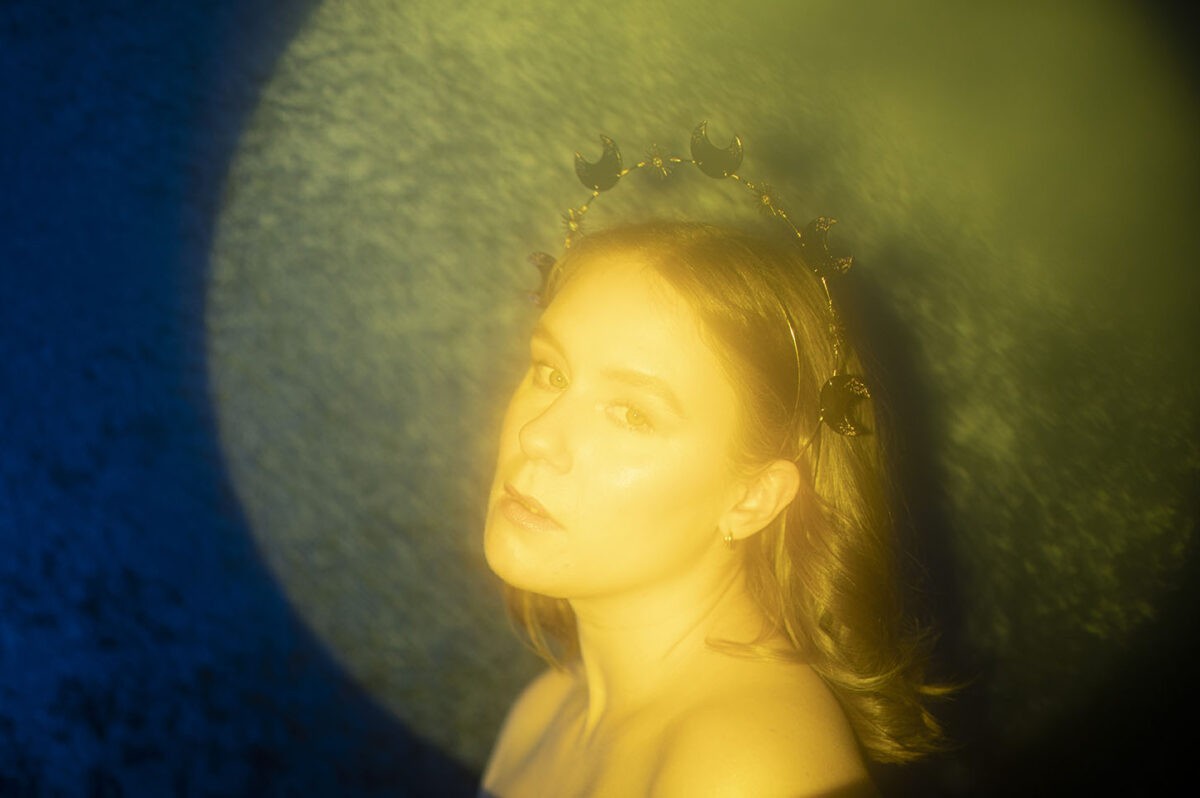 The album was released on Friday October 14th and available on CD and digitally on streaming services. Vinyl LP is expected to be released in January 2023. ‘Phases’ is Unnveig Aas’ third album and was produced by Ida Jenshus and Pål Brekkås. Below you can an interview with the singer-songwriter

You say that ‘Phases’ is all about the contrasts. The lyrics tell about it, we hear it in music, in the use of musical instruments. What does contrasts mean in your own life? And what really is behind the album title ‘Phases’?

In my own life? Not so sure. Never really thought about it. In my writing the contrasts are very important obviously as I tend to write about the hard times – after being through them. But I guess life is full of contrasts. Like the big ones – falling in love, losing someone, life and death all that. And in my everyday life – like having a stressful day at work, or having been out playing, then coming home to my cats and a nice cup of tea. Or being sick, then feeling better. I think the contrasts are what makes life interesting.

For my last two albums I have started with writing the title track – ‘Young Heart’ with ‘Young Heart’, and ‘Phases’ for ‘Phases’ which sort of set the tone for the rest of the writing. ‘Phases’ is about going through phases in life. Even though I don’t FEEL very different now that I have turned 30, I can see that my lyrics have gotten a retrospective feel to them. Looking back, trying to make sense of the past, learning from mistakes, learning from all the phases I’ve been through. On a lot of the songs on ‘Phases’ I try to make sense of my parents divorce.

On your Spotify profile you have the playlist ‘PHASES – inspiration’. Where, among others, we can find the songs of Laura Marling, Bob Dylan, Taylor Swift, Nick Drake…Could you tell us a little about what you like about the songs from this list?

When recording music I always like to have some songs for inspiration. I made the musicians listen to snippets of most of these songs before recording and then go like “I like this type of bass”, “I like these drums”, “I like how this sounds” etc. I like to think I have three types of musical inspirations: country/folk, pop and indie-rock. I love old country and folky-music like Nick Drake, Emmylou Harris, Joni Mitchell and Bob Dylan. As well as the new ones like Laura Marling, John Moreland, Courtney Marie Andrews and First Aid Kit – and Ida Jenshus of course. But I also love new indie and rock bands and artists like The War On Drugs, The Killers, Lucy Dacus and Sharon Van Etten. As for Taylor Swift, I think she is an amazing songwriter which I draw a lot of inspiration from – I like to cry to her emotional stuff and dance to her pop stuff – a goal I have for the audience of my own music too. I listen to a lot of pop music, not just Taylor Swift. But I sing way too slow to do modern pop music myself, haha.

The album was recorded in Brygga Studio in Trondheim and was produced by Ida Jenshus og Pål Brekkås. What is your impression of working with them? And could you think about recording your new music in Brygga Studio again?

Apart from the pandemic making it hard to work with anyone – there were a lot of cancellations and sickness that made the recording a little stressful. But we got there in the end. I loved working with Pål and Ida. Pål had such great ideas, and played such cool arrangements on piano and bass. Ida helped me a lot with the singing and articulation, and I feel I sing better on “Phases” than ever before. She really helped me take risks both in arrangements and how I used my voice. I would love to go back to Brygga! Such a cozy studio!

You have upcoming concerts in Ålborg on October 21st, in Kongsvinger on November 12th and in Fredrikstad on November 26th. Could we expect more dates this fall?

To be honest – booking shows when you are an indie artist is really hard these days. I think that most venues are trying to get back on track after the pandemic, and also people still feel like staying in (same, so I can’t blame them). But I am working on getting more dates booked in the winter/spring 2023. I probably should have written: expect more dates, got loads planned, haha. I prefer being honest! But yes, I HOPE I will be playing a lot more!