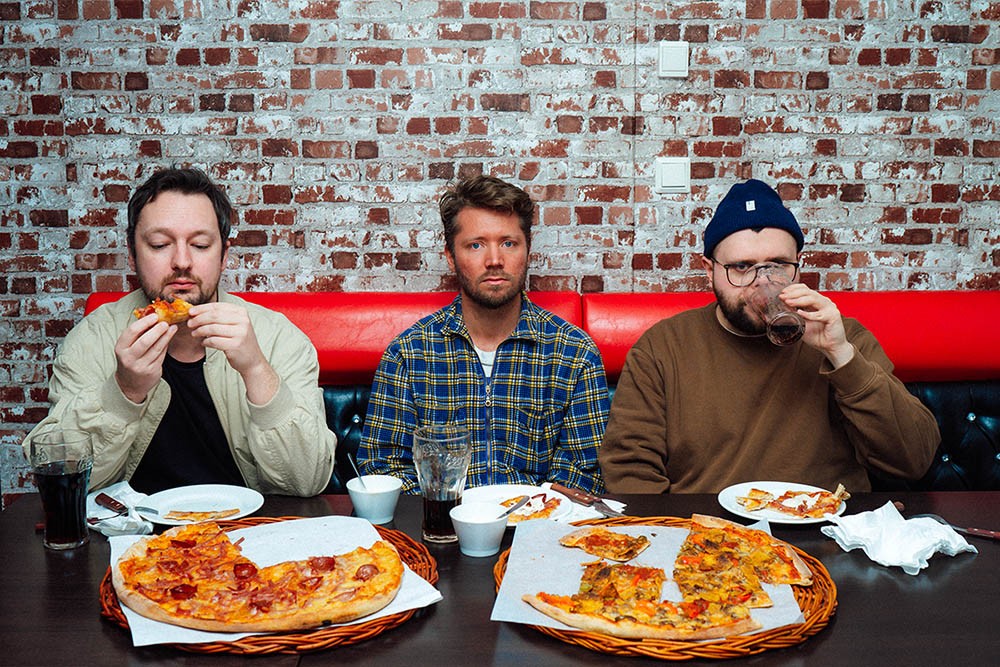 This brand new band that, without a doubt, deserves your attention released the debut single “Huset du bodd i” on April 8th. Read the interview with Mathias Østrem of Probleman

“You call the single and the whole project “self-geographical”. Could you tell us more about this defining element?”

I once read that Karl Ove Knausgård considered his books to be self-geographical, and that concept really appealed to me. Our songs are inspired by real events, people, and situations that have happened, but can also be mixed together in a way that does not make them self-biographical. There is an element of fiction to all songwriting in that regard. But, it will still be based on real places. And in that way, I feel that “Self-geographical” is more fitting. Also, cool word!

“If we speak about genre, Probleman could be described as a nostalgic emo rock. But you also have a background from reggae, hip hop, trip hop, electronics and post rock. How does this affect the musical style of your new project?”

All of us come from different musical projects but Probleman was a perfect storm where we all wanted the same thing at the same time. I think that our varied background is a good thing but it won’t mean that we suddenly release an indie-reggae-post-rock–triphop-tune. Good songs triumph over eclectic songs.

“Probleman are Mathias Østrem, Ludvig Rølvåg and Morten Samdal. What is the role of each of you in the band and how did you start playing together?”

The band started in the studio with me and Ludvig. I wrote songs and recorded demos with Ludvig playing drums, bass, and producing everything. After making a bunch of dirty demos we started looking for a drummer. Luckily, all we had to do was ask a friend who said he could ask the drummer from Youth pictures of Florence Henderson (Post-rock kings of Norway). Later that day I got a text from Morten saying he had listened to the songs and wanted to try it out! It was the fastest audition ever. We had 3 rehearsals during a couple of weeks and after 3 weeks of meeting for the very first time, we recorded a 4-track EP. It’s been super inspiring and fun.

“You record, mix and produce your music in your own studio. Could you tell us more about it?”

The band’s world revolves around our studio collective situated down at the docks in Ila. All our songs are rehearsed, recorded, mixed, and produced here. The place gives us the freedom to work with the music in a way that I feel is not a given for most bands. Being so close to the project from start to finish is great and everyone participates with different knowledge and skills. We love the place!

“If we go back to the debut single “Huset du bodd i”. What is the history behind it?”

I wrote the lyrics for “Huset du bodd i” last summer after watching a very boring documentary about the singer/songwriter Lars Winnerbäck. Even though it didn’t make me a fan of the artist I was thinking about his songs which have lots of words, many verses and I guess has that “Dylanesque” thing going on.

So I started writing the lyrics while I watched the documentary and ended up with 5 or 6 verses and a bunch of ideas for a chorus. I guess the song is about people I’ve known throughout life that I no longer know, but I still share a city with. Walking past their house and remembering what we did, where we would hang, what we talked about. You still know they are there, but some things come to an end.

“When can we expect the band’ debut EP or album?”

Right now we are going to release more singles in the coming year which will end up in an EP. In the meanwhile, we are planning on recording our debut album in the summer of 2022. Expect catchy hooks, melodic choruses, melancholy, high energy, and twinkle-guitars.

Listen to the single on all streaming services: https://orcd.co/husetduboddi