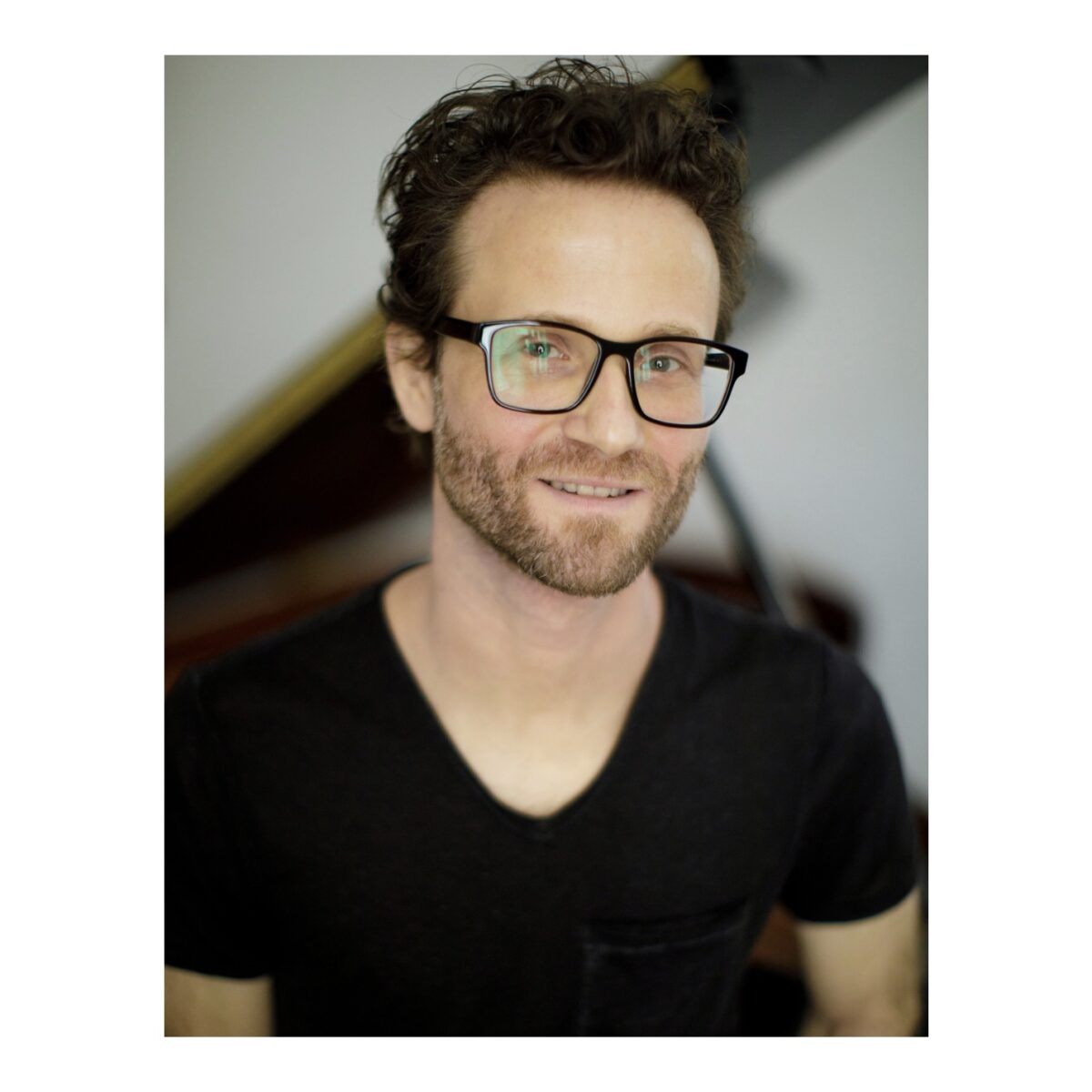 Raimund Mathias Hepp (Vienna) released his solo album “Chapter One” on July 9th via Blue Spiral Records. Read the interview with the composer

You recently released your solo album “Chapter One”. Was it your first solo work? And why did you decide to record this album now?

I recorded an EP with some songs when I was about 18. I was quite motivated because I’d just come out of a band that broke up at a point where a big record company had shown interest and I thought that I could attract the same interest again on my own. I am very glad that I was not good at marketing at all, and that I sold very few copies. It was good practice but I would cringe if I listened to that recording today and I’m happy that there are not many copies out there.

After that, I started to focus exclusively on film music for a very long time. This means that I have to compose what serves the picture best. But I came to a point where I wanted to write some music where I’m responsible for everything from beginning to end, and have the last word. Having a project on my own also helped me to stay a team player on movie projects. If I want to go wild and insist on my own ideas, I have now a place to do this.

What was your main inspiration while writing this album?

Because I focused on film music for such a long time, it was natural for me to compose music that complemented images in my head. Unlike in a movie, the audience won’t see those pictures and will eventually come up with their own images and associations, which is an idea that I like. Music doesn’t represent emotions. It will evoke emotions. If music is an expression of the artist’s emotion, then the listener will respond also emotionally to the artist’s expression of emotion. And probably everyone’s response will be different.

Could you tell us about your personal music preferences and name some musicians whose works are very significant for you?

As a teenager and in my early twenties I used to listen to a lot of jazz and jazz rock. Although I don’t listen to jazz much anymore, I think it had an impact on me. Allan Holdsworth was one of my favorites back then.

What do you think, what role does your experience as a film composer play in your personal work?

The description that you give to the nature of your music – “traurig-schön”, could you tell us a little more about what is behind it?

Literally translated it means “sad, but beautiful”. I’m not sure if I would use those words again. It sounds a bit cheesy. What I was trying to describe was a feeling of sadness, melancholic nostalgia when you remember good moments from the past, eventually mixed with calmness, the kind of sadness that you even might enjoy …at least for a short while.

For me there are many different images or situations that can trigger this kind of emotion: A beautiful night at a beach when I know that I have to leave soon and won’t come back until next year. A moment in autumn when I feel sad that summer is over, yet the trees are beautiful with their stunning colors. A walk in an empty park on a foggy day in November.

Or when you watch a dramatic movie, you feel with the main character, but you don’t have to bear these emotions for such a long time as the character would in reality, and you can return to your own world when the movie is over. Just leave the theater and everything is fine. But still, you linger on that feeling for a couple hours more.

People avoid sadness in real life but seem to enjoy it in music and literature. Also, scientists have found that if someone sad would like to modify his or her mood via music, it’s counterproductive to listen to happy music. Instead, sad music…whatever that is…is much more likely to relieve the sad feelings. A music psychologist could probably tell you much more about this.

I’m sure that this sounds cheesy to someone who measures the quality of music from a strictly academic view by its complexity and structure and not by its emotional impact, but I don’t see why a triple counterpoint should be an improvement in quality compared to a double counterpoint. I mean, at minimum, at it still shows off the intellectual prowess of the composer. It can do more too, but it’s not a guarantee.

Some music critics look automatically down on music they feel focuses more on evoking emotions or take their inspiration from images. I don’t think it is that simple. In classical music there are pieces that explicitly describe emotions or images, like, for example, the different states of the sea, as in Debussy’s “La Mer”. I don’t think “emotions” and “images” as inspiration for music lead necessarily to wishy-washy music. Yes, I want to avoid writing elevator music, but I think “simple” as the opposite to “complex” may not necessarily have to lead to banality and the absence of good ideas.

Also, I think complexity is often still there but overlooked by people who criticize simplicity, because musical complexity has shifted from strictly melody and counterpoint to sound colors in a way that’s never existed before, especially with electronic sound manipulation.

I love to have some elements that are hopefully unique enough to make a piece different from all the other pieces in a potential playlist. On the other hand, I don’t want to throw off listeners on purpose. And neither is it my goal to explore the limits of a particular instrument, a statement that I heard recently from another composer when he described his own compositions.

Personally, I like to play this intellectual “game” during composition: how many technically dissonant notes can I embed in the music and “hide” from a listener who would normally be bothered by dissonant notes? This gives color to the music. Special elements in my music should engage listeners so they don’t get bored, but resolve so they don’t disrupt the experience for other listeners. This is a very fine line to walk.

Do you have any particular plans for the next album?

There will definitely be a next album. I put some pressure on myself on purpose: Why would you name an album Chapter One when there is no Chapter Two? I have on my computer already a folder where I saved some ideas that I recorded. I think the process will be the same again: gathering ideas, and then lot of work to bring them together so they can live on the same album.