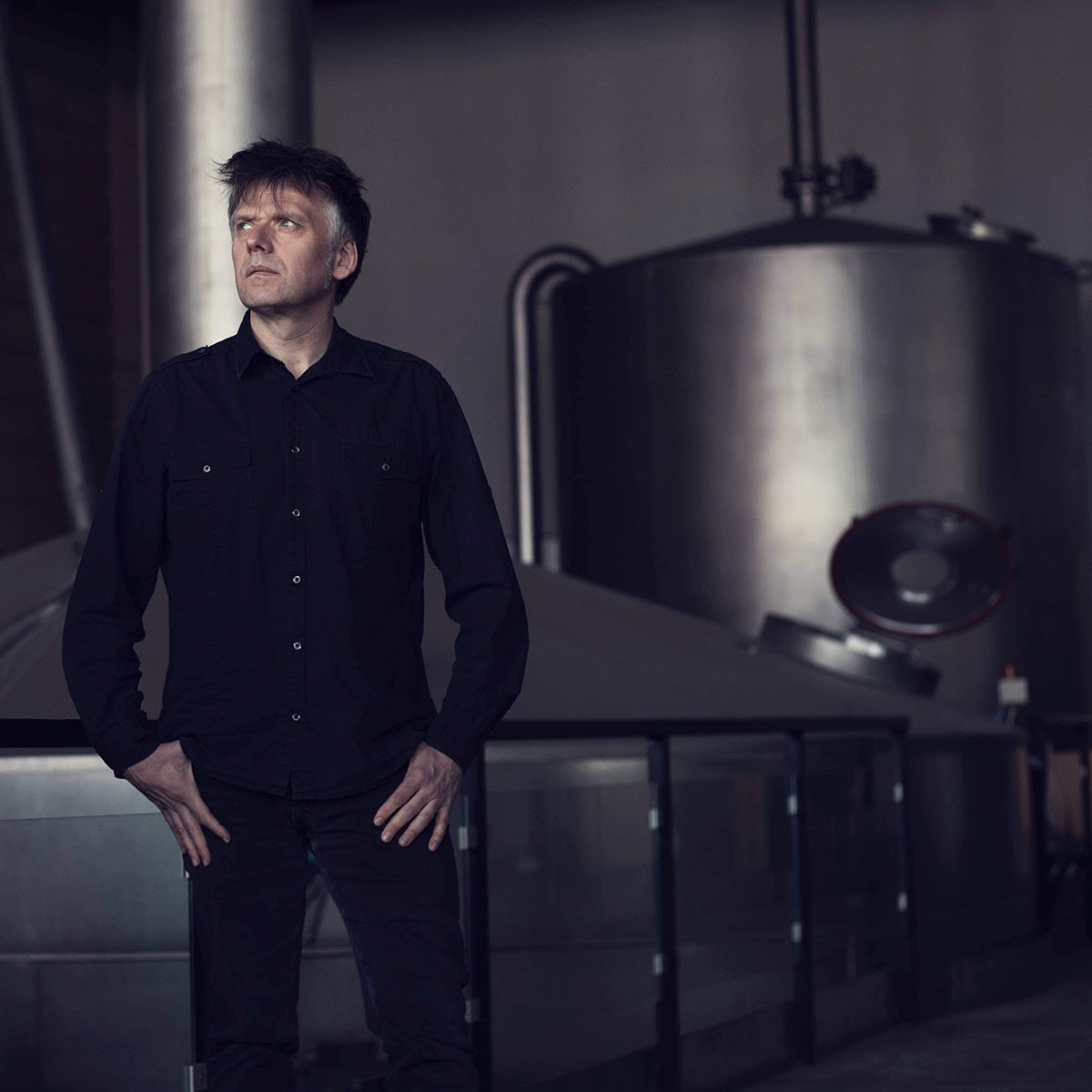 “The Stranger” – The first single from Øyvind Holm’s upcoming album “The Unreliable Narrator” out tomorrow August 13 via Crispin Glover Records. Read the interview with Øyvind Holm about the new sound, duet with Kirsti Huke and filming a music video for this single.

Usually, the first single sets the mood for the whole album. Can we say this about “The Stranger”?

Both yes and no, I suppose. The album as a whole has turned out quite varied, playing around with several musical moods and expressions. Still, what can be said about “The Stranger” is that it presents many of the sonic elements that characterizes the production of this album. You will find more keyboards – especially Moog synthesizers and more use of reverbs, delays and effects. In a way the sound is sparse and big at the same time. Pål Brekkås, the producer, also made it one of his missions to bring out the vocals more this time. One of the things he decided quite early in the process was that I wasn’t allowed to double-track my voice. I’ve always double-tracked my vocals in the past. It’s probably connected to me being a massive Beatles fan. A few exceptions from the rule were granted, but it took some begging on my part.

Your previous album “After the Bees” from 2020 was made in a more classic singer-songwriter style. And here I mean not only the music, but also the presentation. As we can see the new album has a more minimalistic style in presentation and in the sound; psychedelic notes combine wonderfully with electronics. So, can we say that the minimalism of the presentation only emphasizes the more multifaceted sound of the new album?

I’m not sure I totally agree “After the Bees” is a typical singer-songwriter album. Artistically, for me, it was about finding back to the pop composer in me. Back to where I started, so to speak. After recording several albums with Sugarfoot, where we usually like to let the songs breath and stretch out a bit more, I felt the urge to see if I could master writing within the framework of a more traditional pop format again.

On the new one I still wanted to write pop songs, but tweak a few more buttons and experiment a bit more with sounds. I always play mind games with myself when conjuring up the concept and material for a new album. This time I tried to picture what could have happened if the songs were recorded in Berlin during the Bowie and Iggy sessions that took place in the late 70s. Naturally, it was not a dogma that was forced upon the project once we started the actual recordings. That would probably have blocked many great, creative ideas that always pop up while recording. It’s important to always keep an open mind. Still certain effects and added instruments hint back to that period in music history.

To help shake myself out of familiar creative patterns, where my go to instrument in the writing process usually is my guitar, I packed a computer and a few instruments in the back of my car and drove off to Oppdal. There I spent a week all alone at our cabin, and wrote most of the songs on the new album. I mainly composed using keyboards and pre-programmed drum loops. Not necessarily to keep the arrangements, but to force myself to approach melodic ideas in a different way. When I play the guitar, my muscle memory often has a tendency of bringing back safe, familiar chord progressions and ways of playing. But because I don’t play keyboards that often, everything happens more by random. And that triggers the creativity in a different way.

I also encouraged Pål Brekkås to experiment freely with keyboard sounds, backup vocals and effects when mixing the songs. So he and his partner in crime, Alexander Pettersen, added tons of exciting stuff in the post production process.

Here I should note that we probably look a bit differently at the term “pop music”. I look at it from the point of view of what is usually called “pop” in modern realities. And then the term “pop”, unfortunately, does not always mean music of a certain level of quality. That’s why I chose a term “singer-songwriter” that I think describes better the style you worked in and also is less controversial than “pop”

OK! I do understand what you mean. Still, in this context I was thinking more in the lines of a certain way of arranging my songs, both structure and sound-wise. Maybe pop music could be described as rock music’s kinder, more accessible little brother, or something? It has nothing to do with it being a cultural phenomenon or the quality of the songs themselves. There are just as many good and bad pop songs as there are good and bad songs in other genres of music. When I write, I try to focus on melodies and harmonies and then build it up from there together with the band in the studio.

“The Stranger” is a duet with Kirsti Huke. Why do you think she suits perfectly for this single?

Kirsti is a fantastic singer that I’ve known about for years, but we had never worked together before. The first time we worked together was last summer, when she joined Sugarfoot on stage for our gig in Olavshallen. During rehearsals and through the gig itself, I guess we both noticed that our voices blended well together when singing harmonies. So, when the time came record, I asked her if she wanted to add harmonies on some of the new tracks.

The fact that “The Stranger” ended up a duet is really one of those happy accidents that sometimes happens in the studio. As I mentioned, our original plan was for Kirsti to add harmonies, and on this particular one also dub my vocal lines on the verse she ended up singing alone. So, to focus on her vocals while recording, my lead was muted. Hearing Kirsti sing the second verse by herself made us all turn our heads and look at each other, probably thinking the same thing. Right there and then Pål decided that “The Stranger” had to be a duet. Funny thing is, it worked perfectly with the lyrics as well.

You also recorded a music video for this single. In your opinion, how important is a music video as a visual embodiment for understanding music?

I think if you’ve got an OK idea, making a music video does neither have to be too complicated nor expensive. In this case we did it all ourselves, simply using my iPhone. My friend Hogne Galåen helped us film it, and I edited the footage myself.

I wanted something that could underline and reinforce the naked, minimalistic feel of the song itself. At the same time, I also thought it would be nice to have footage that somehow tied the artwork of the album and some of the newly taken press photos together. During one of the photo shoots we had borrowed this big, stripped down room out at EC Dahls brewery. I really liked the dusty atmosphere of it, so we went back there again to shoot the video. I simply downloaded a camera app that could emulate old VHS films, and found that if we maximized the intensity of the different camera effects, we got these wonderful VHS tape glitches and image distortion that I liked.

It’s not necessarily the perfect video. Still, it suits the moods and emotions of the song, and I think having some video footage makes it easier to get the music out, as opposed to just pasting in a still photo of the album sleeve.

Should we expect more singles or music videos before the album comes out this autumn?

I’m pretty sure there will be at least one more single before the album is released. Whether there will be another video or not, I haven’t really thought too much about. But I enjoy putting these little films together, so I wouldn’t be surprised if another one comes along.