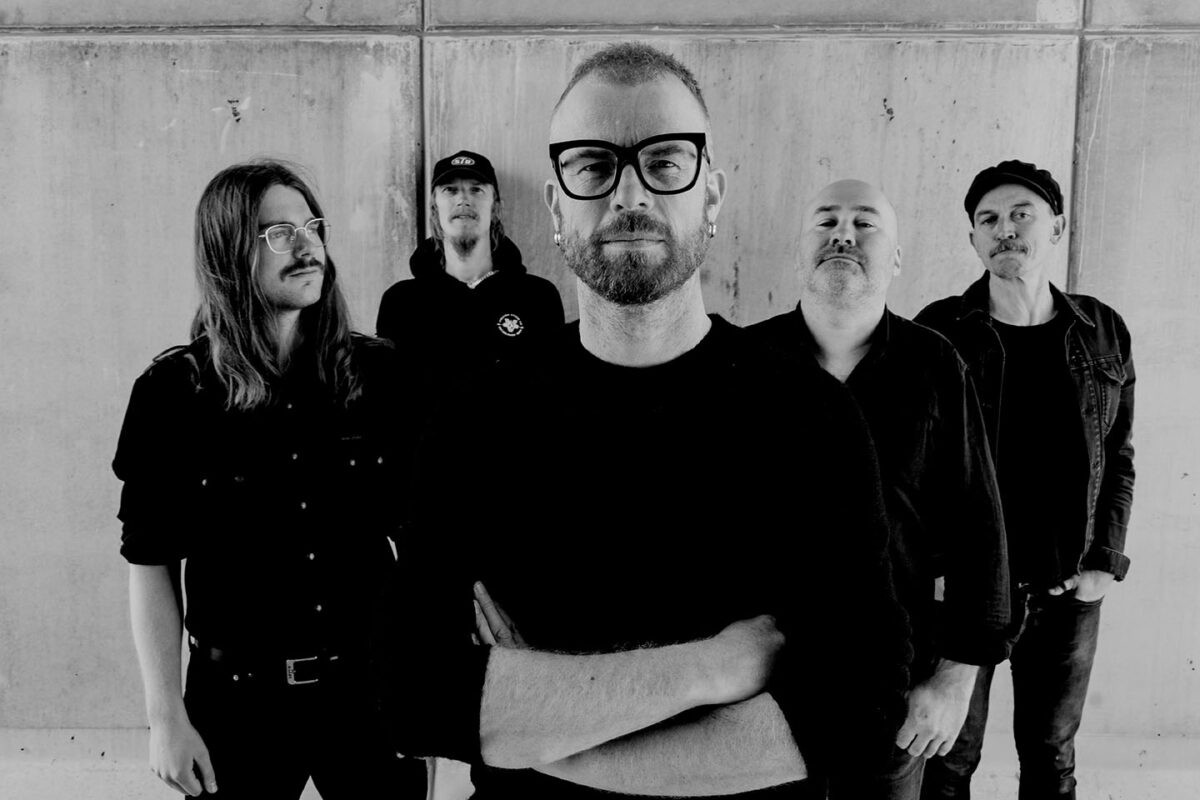 Spidergawd new album Spidergawd VI out this Friday December 10th. Read the interview with Per Borten

Spidergawd is back with one more great album – Spidergawd VI. What helped you to cope with this pandemic-induced hibernation and to create this masterpiece of an album?

For me personally, the pandemic has made my life just a little bit more boring. Which I do not like. I don’t like being forced into behaving like everybody else. I ‘ve also come to realize that I identify more with music than I was aware of. The concerts I’d normally play are really great for my psyche. And the absence of them made me a bit depressed last year, but when I realized what it was I got over it quite fast.

Spidergawd VI is the first Spidergawd album featuring Brynjar Takle Ohr on co-lead guitar. And he is also a co-songwriter on this record. Could you tell us a little about it?

The five of us don’t share as many musical references as you might think. This is not a problem, this is a good thing. At its worst it sometimes is a challenge, but no more than that.

Brynjar brings the AOR-music to the table. Given options in the process of writing a song together, he will always cheer for the one that sounds the most like Journey, Toto or Boston. And as he is the new guy he has a drive to get as much involved as possible. And that energy is of course something we’d be stupid not to harvest.

You have a big winter/spring tour in 2022. What are your hopes and expectations?

I feel pretty confident that the Norwegian leg of the tour will be possible to see through. The European dates… I don’t know. Playing one or two gigs in that many countries seems a bit far-fetched now…  And I hope to see as many people as possible in Norway. And I’m gonna play better than ever before.

Some Norwegian concerts of this tour you are playing with Bokassa and Draken is the special guest on the European part. Why did you invite these particular bands to join your tour?

Touring together gets really personal and “crowded”. With Bokassa we know it’s going to work socially because we’ve done it before. We really enjoy their company. And they are a great live-act. With Draken it’s down to what Hallvard wants to do. He is always given this possibility (to bring one of his bands)

You have posted a lot of live music videos throughout the year. Most of them were recorded at Byscenen in June 2020. Do you have plans to film new videos during the upcoming tour?

This was our way of doing something “covid-like” for our audience, with all the streaming concerts going around and everything. I don’t know if it was a great idea or not. But it’s done now. We definitely needed more youtube-content anyway.. I don’t have any plans for live-recordings this time. Should I?

When we did the previous interview in March you said: “And for each album we record we grow more and more confident that we are on the right path now. And thus, the next album after this one (S.VII) will surely be even deeper carved into old school heavy metal.” So will you go this way? And have you already started working on the next album?

I really feel that we have found our formula. It took us about 3 albums to find it, but now we’re here. More or less. We need to evolve a little bit for each album. But you know what I mean…

I have started writing ideas for the next album. But I’m nowhere near S.7 at this point, but I feel pretty confident I’m going to get started for real once we go touring again. I think I need a bit of a wake-up-call in the shape of touring to feel right about it.

You say that “Spidergawd VI is probably the best one so far”. I can only agree. But why is it the best in your opinion?

It is the best album so far. I don’t know if it holds our top songs or not, that is up to our listeners to decide. But I know it is the best album in total. There is no doubt in my mind there. I’m one of those dinosaurs that still enjoy good albums. I play my music on vinyl, and thus I don’t skip songs that much. Better if the whole thing works out from the beginning all the way to the end. (som brura sa..)