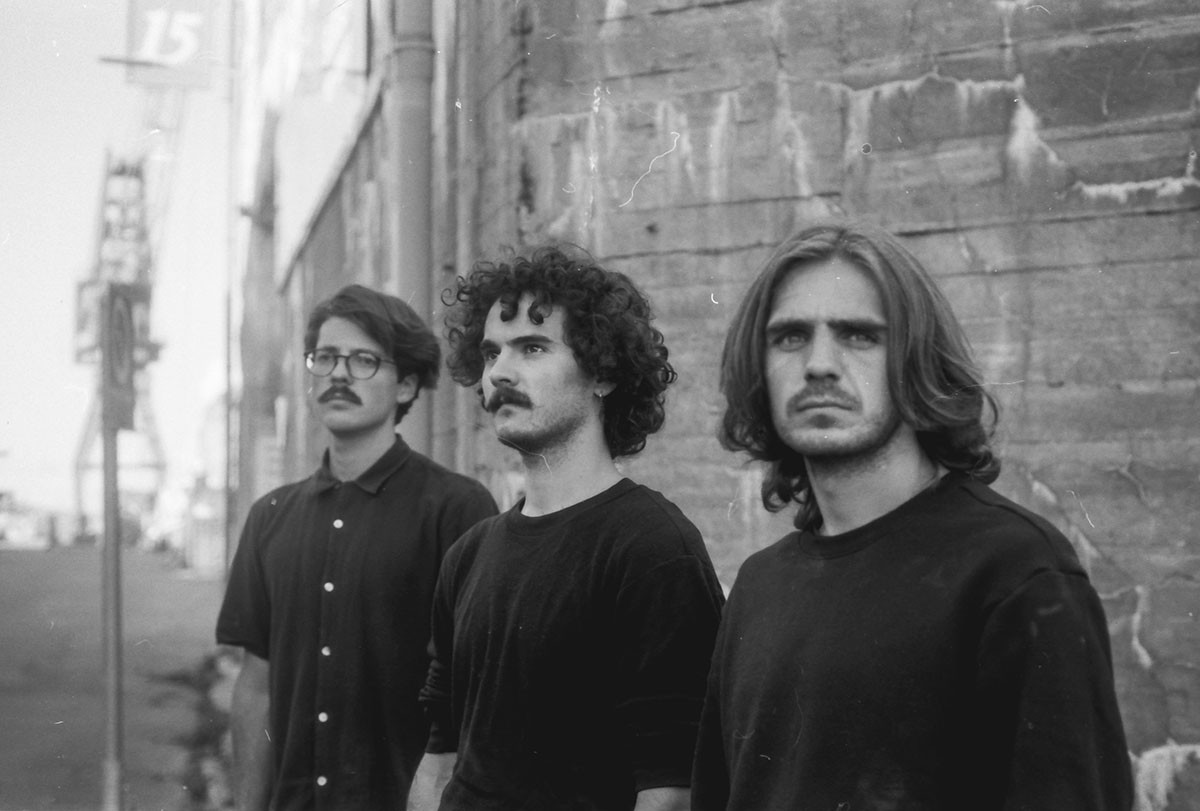 TEIP TRIO eponymous debut album is out today via Sonic Transmissions Records. Read the interview with the band

Difficult to say as it’s always changing. There are moments when playing improvised music feels amazing – times when you just keep pushing and pushing, the energy keeps building up, and eventually it all just clicks and you are exploring a whole new musical landscape together, all on the same wavelength. On the other hand there are also times when nothing seems to make sense and it feels as if you’re just making silly noises on a musical instrument.

Eventually, it’s just our chosen way of creating music within this particular constellation. It has both its advantages and its obvious disadvantages compared to composed music.

Your musical formula “two heavily processed electric guitars against an acoustic clarinet” – how did you come to such a concept and what opportunities has this concept opened up for your musical expression?

The instrumentation happened naturally  – we started playing together because of a common interest in modern improvised electro-acoustic music and stayed together because we happened to like the sound of what we did. It does give us a sound that’s quite distinctive and easily recognizable, which is probably a good thing. Also, the lack of a percussion instrument combined with the processed sound of the guitars kind of sets us aside from quite a few of the obvious cliches in both free jazz and experimental rock music.

Your previous record “Bassengkonserten” (Live at Sund Folkehøgskole, May 18, 2017) was released on September 26, 2021. What are your thoughts about this record and memories and impressions of that concert?

That was our first concert together as TEIP TRIO, actually. We put a shorter version up on Soundcloud back in 2017, and when we launched our Bandcamp page we needed to upload something to it, so we chose to release it in its entirety. It serves as a great document, and there are some beautiful moments in there.

Two singles from your eponymous debut album, Take 23 and Take 27 released in the fall 2021, showed very different, almost opposite, sides of TEIP TRIO. But what can you say about them as integral parts of the album?

They do reflect their respective sides on the album quite well. You could probably look at it as a kind of two-sided record, where side A – the side with Take 23 – has a somewhat mellow and searching sound, as opposed to side B which sounds more, if not necessarily aggressive, then at least more direct and confronting.

The album was recorded and mixed by Kyrre Laastad at Øra Studio and mastered by Karl Klaseie at Øra Mastering. What are your impressions of these collaborations?

Kyrre and Karl are the go-to guys in Trondheim when it comes to good sound – and for good reason.

You are releasing your music via Sonic Transmissions Records. Why have you chosen this record label to work with?

We wanted to work with Sonic Transmissions because it’s a new label with a lot of potential and a clear vision, filling a gap in the Trondheim music scene that needed to be filled. Also, Ingebrigt is someone who really makes things happen. Keep an eye out for Sonic Transmissions Records this year, because there are a lot of big things on the agenda.

TEIP TRIO’s latest live concert was in October 2021 during Catalytic Sound Festival. Do you have any concert plans for 2022?

Not as many as we had hoped for – yet another difficult spring season for concerts, but we do have a few exciting things coming up that we are really looking forward to.