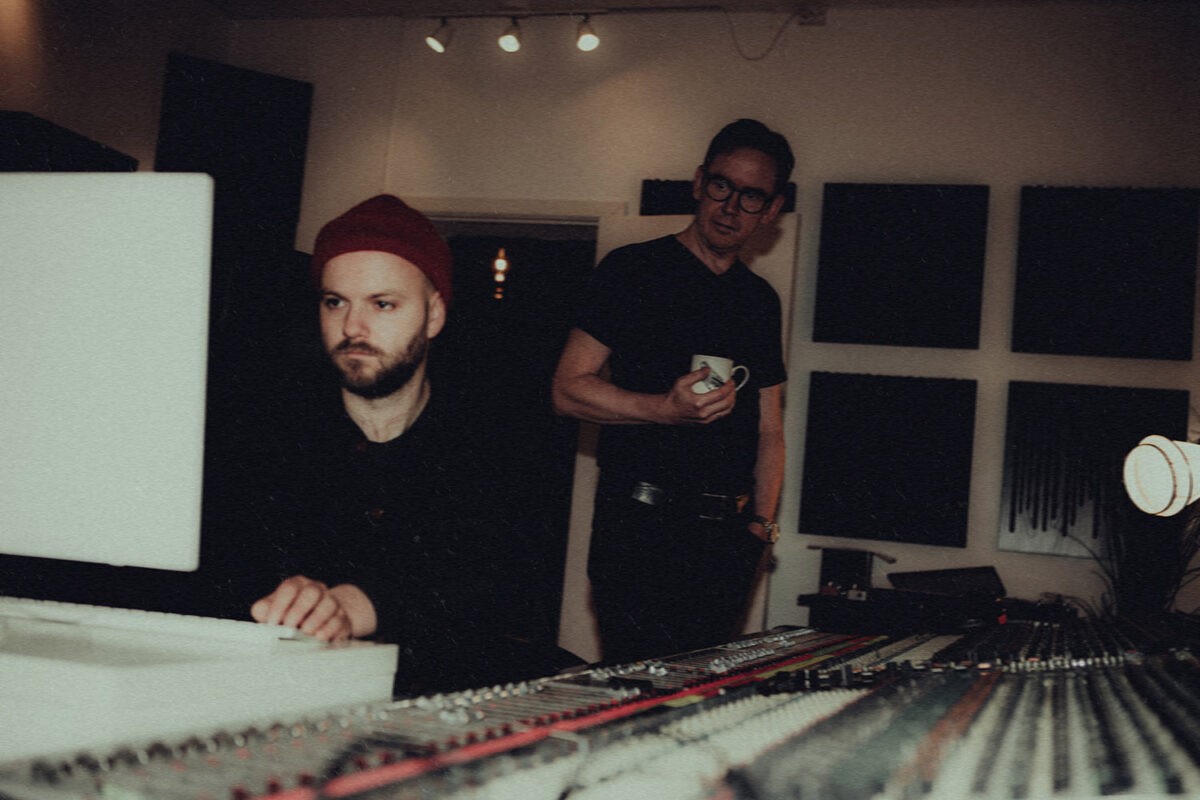 I know your interest in music has a long history and you released some music before. But why did you decide to release your first solo album now?

This material has been with me for quite some time. I don’t think I have ever been this thorough before, in the song-writing process. Which has been extremely rewarding, and enjoyable, over a long period of time. I might not have had a clear thought at first, of making a record. But I realised, at some point, that these songs could and probably should be thematically weaved together. So, for the last few years I have worked towards the goal putting them all together, on a proper album. But the thought of this being released under any other name than my own hasn’t really occurred to me.

What was your main inspiration for this album? And maybe in general for your music..?

As anyone surely agrees, the ideal pop song is three minutes long. And contains all there is to know about the struggle and beauty of life, more or less. And can be played on the radio. These songs are to some extent attempts along that road. My favourite artists make pop and folk music that might or might not resemble these songs. But they have nevertheless been huge inspirations, like Paddy MacAloon of Prefab Sprout, who had the wisdom of a Greek philosopher when he was a teenager. I am a fan of good melodies. And I appreciate the use of discomfort and banalities for making melodies less – and thereby more – accessible. I love energetic music, but my producer did not allow me to play guitar like Bob Mould this time. We ended more out like Grant Hart, with synths. Or perhaps Abba, on a dark day.

How could you describe the theme and mood of this album?

Thematically it is about time, being a limited resource, and therefore something you should consider getting the most out of. Life and death, put simply. The characters deal with this in different ways, perhaps in different periods of life. Some of them struggle with seeing the purpose of what they are doing. Others are better, and even quite good, at it.

As a result, the mood varies, from a couple of relatively catchy and light tunes, to those more dim. Many of them are both. I like the span, and melancholy, between the use of major chords and harmonies, and at the same time digging caves into the darker side of things. I won’t say that this is a dark record though, I think you might even call it optimistic. But it deals with things that most of us find less than easy, from time to time. What is the meaning of it all. Is there more than this? Things like that.

You have previously released albums with Sugarfoot and Epinastic Movements. Is there anything from those collaborations that you brought to this album?

I am lucky to have some members of these bands contributing on this album as well, both Odd Johansen from EpMov, and Øyvind Holm and Hogne Galåen from Sugarfoot. But apart from that, a rule of thumb in life is to do things differently, when I can. Basically, this is about giving myself and others more and less responsibility in various parts of the process. Learning new things. I have made recordings where others have played and I have produced. I have made albums where others have played and produced. This time I play a lot, but I do not produce. So not similar to sitting on your own making demos, but quite close.

The recording process has sometimes felt like making demos, actually, very advanced ones. I think me and Kyrre, producer and co-musician, have captured the warmth and empathy that you often hear in those first recordings of songs. But with professional sound in the end, I might add. During an extended period of time this recording were two guys with a recorder trying out different avenues and, in the end, creating wholeness. I have never made an album in this way before.

The album was produced, recorded and mixed by Kyrre Laastad. Could you tell us about working with him?

It has been fantastic. An old friend suggested that I should ask Kyrre to produce this album. By that time I knew nothing about him, but I liked what he had been doing earlier with artists like Stina Stjern and Jenny Hval. Luckily he was keen on working with my material. Kyrre has had a clear vision with this project from the start. We agreed early on what should be the rules of the recording, for instance, being liberal when it came to keeping errors and mistakes, and allowing ourselves flexibility and plenty of time to try things out. So, as I said, much of it is the two of us playing out ideas, and eventually focusing efforts towards that common goal. And when we got to the points where we couldn’t do it ourselves, we could ask a range of extremely talented people to contribute. Working with Kyrre has been tremendous amounts of fun.

Who else from those who participated in the work on this album would you like to mention?

There are several. But I would especially highlight Stina Stjern on vocals. Her voice has lifted the album tremendously, I think. The desert guitars played by Viktor Wilhelmsen gave wonderful colour to many of the songs. The piano and synth play by Anja Lauvdal is probably worth the price of the album alone. Kristoffer Lo and Erik Kalman also made great contributions, besides previous band-members and friends mentioned before. And Karl Klaseie, I also would like to mention, in Øra Mastering. These songs have been in safe hands from the start.

Do you have any plans for your next album?

I am considering breaking my own rule. Perhaps I don’t change anything from the way I did it this time.