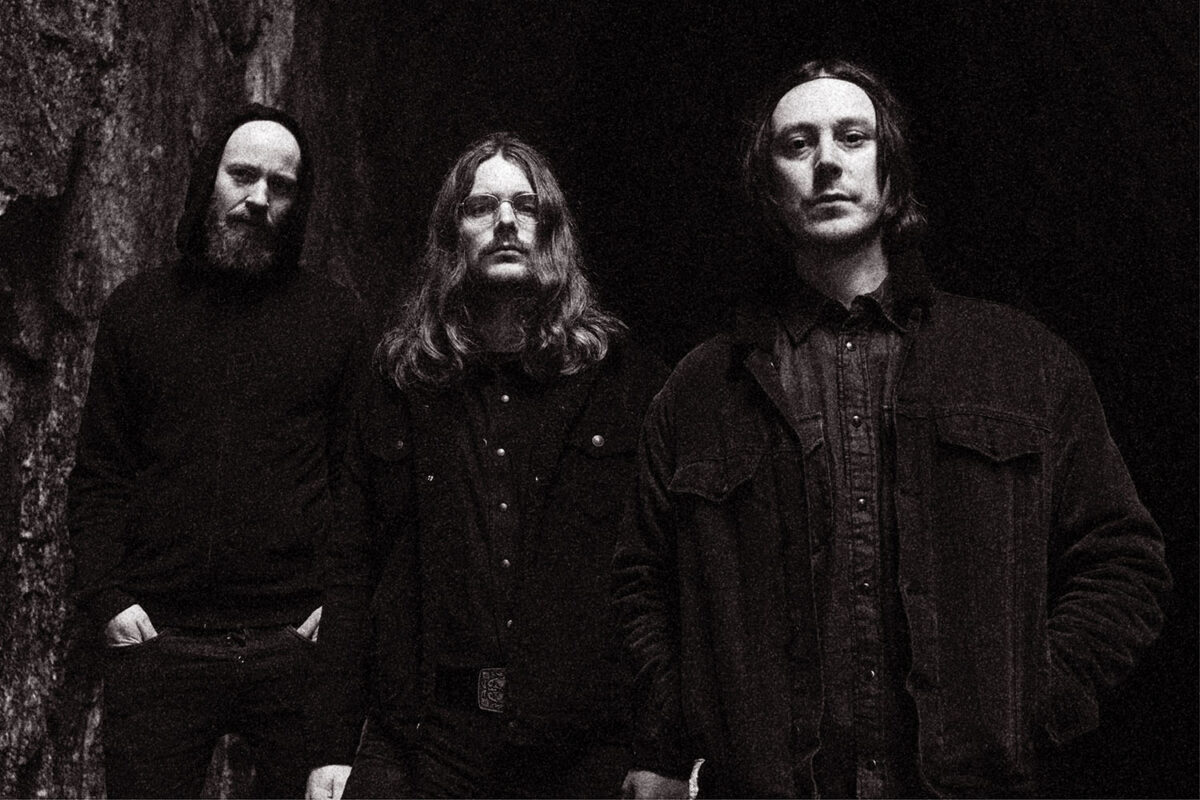 So Draken are you, Even Hermansen and Andre Drage. You have a musical background with Spidergawd and Orango. What about Even and Andre..?

Both Even and Andre are from the Grenland district of Norway. Even describes himself as a rocker who always ended up in jazz groups. He’s the main songwriter in bands like Bushman’s Revenge, and Red Kite, and he also played in groups like Shining and Grand General in the past. Andre has his own band called Tip The Scales, where he composes all the music. It sounds like a crossover between Jaga Jazzist and Frank Zappa, quite interesting I must say!

You (Draken) have chosen hard rock as a style for your music. What do you think about the place for this style in contemporary music? Here in Norway and in the world in general..?

An interesting question for sure. Well, I guess hard rock these days is a bit niche, not a big part of pop culture at all. As a guy in my late twenties, by my peers I’m definitely part of a minority that listens to hard rock and metal bands. Hell, most of my favorite bands were at their height 40-50 years ago. My musical taste precedes me, its fucking ancient! Haha! But really, I think proper hard rock is important in today’s contemporary music scene. In direct connection to the rise of social media, where the pressure to have a perfect life, perfect body, perfect bloody everything, rises, a lot of pop music today has lost its soul in its quest for perfection. Perfect pitch, perfect rhythm, every musical parameter under intense scrutiny. Remove all imperfections. Take that notion to its extreme, and the result is not very interesting music at all. This is true for a lot of contemporary music today, and unfortunately it’s true for a lot of contemporary hard rock and metal as well. To me, this kind of music is anti rock’n’roll. It doesn’t encapsule freedom. It doesn’t celebrate life. It’s music for machines. So it’s important to me that Draken serves as an alternative, or antidote if you will, to all this. The music ain’t perfect, the performance ain’t perfect, but that’s hopefully what brings it all to life. It gets a bit philosophical I guess, but it’s the subject that I’m passionate about, so there you have it!

Can you name some musicians or bands that inspire your music? Maybe some albums that are especially significant for you..?

All three of us enjoy quite a wide span of different music, but there are some bands that unites us. Black Sabbath is obvious, and the record we all have in common is probably “Master of Reality”. “Roots Bloody Roots” and “Chaos AD” by Sepultura holds a particular high star in our camp, especially by Even and Andre. Then you got Motörhead and High On Fire, who probably are the two bands we are most inspired by sonically. Motörhead because of the groove. Albums like “Overkill”, “Ace of Spades” and “Another Perfect Day”, it doesn’t get much cooler. High on Fire is the ultimate wall-of-sound-trio. Me and Even have talked a lot about that, that the two of us, our sounds combined, should sound like three guitars. Motörhead does that, but especially High on Fire are masters of it. Listen to their latest album, “Electric Messiah”, and you’ll hear what I mean. It just sounds so bloody massive, it’s mind-boggling.

Who else from those who participated in the work on this album would you like to mention?

This record would not have been possible without Vegard Liverød from Røffsound Recordings. For one, he had the patience to put up with the three of us during the entire process of the recording, an achievement not to be underestimated. He was vital to the recording and production of the album, and he did a hell of a job mixing it. He’s our fourth member, our George Martin. Plain and simple. I would also like to mention Marco and everyone at Majestic Mountain Records for believing in us, and for the work they have put in promoting and making the physical release (vinyl and CD) come to pass. They do an awesome job, and are truly an inspiring bunch to work with. This is not something I’m used to from record labels and the industry in general, so truly, hats off to them!

Cover art for this album was made by Per Spjøtvold. Was this your first collaboration?

Yes, it was. I’ve seen Per’s work from other bands like Goat The Head and Brutal Kuk. He has a very accomplished style, and a style that I like. I approached him with some ideas and concepts I had, and he expanded upon them. I want Draken’s visual profile to have a running theme, something that makes us stand out from the rest, so that you instantly know it’s us just by glancing at the album cover or a piece of merchandise. Iron Maiden are masters of it, and they had Derek Riggs do all their artwork for 10 years or so. I’m not sure if Per wants to be our graphic artist for ten years, but I sure hope this collaboration will not be our last!

The most classic last question – what about your future plans..?

We have some shows booked this Spring in Norway, to promote our debut album. With the pandemic still raging it’s unclear if we continue forward with these now, or if we would have to wait until the Fall. We just have to wait and see, I guess. In the meantime, we have more than enough new material to start recording our follow-up album. So I’m pretty sure there’s a new Draken album coming in 2022. We also have some exciting tour plans for 2022 coming up, so stay alert!