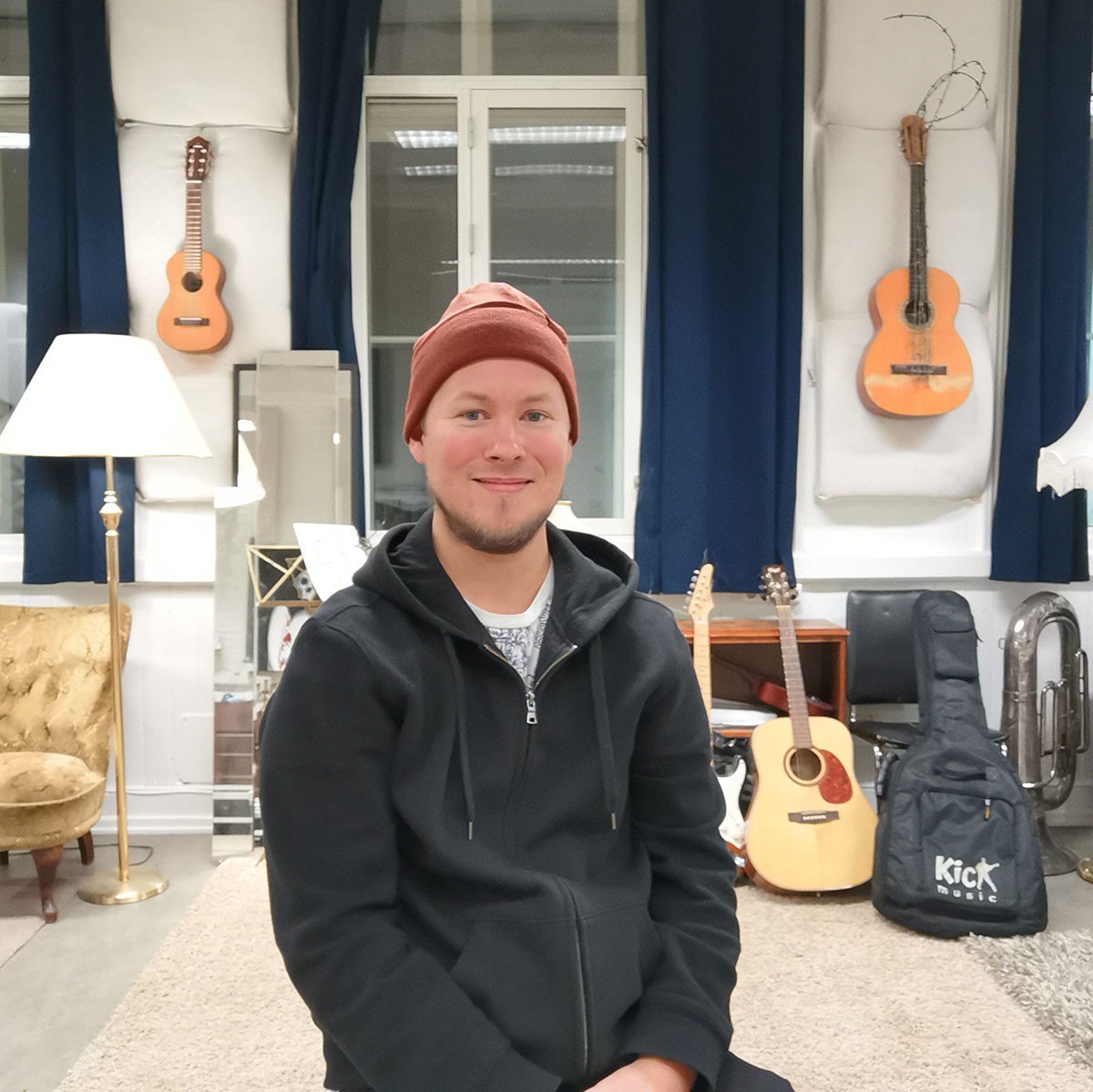 ‘Broken’, Arne Åsmund’ 5th album out now! Since 2000 four singles from the album have been released and now we can finally enjoy the whole album! Check it out on Spotify or get your copy on vinyl. LTD LP is available in two options – black and transparent red.
Below you can read an interview with the singer-songwriter.

How and when did the idea for this project come about, actually? And what is behind the name Arne Åsmund?

After attempting for a few years to make normal music, which was going nowhere, I was surprised to find that I had a knack for writing very dark lyrics that were kind of funny. I never expected it to become a musical project with album releases and concerts, but I was having a lot of fun writing songs, and so the project slowly started to take shape. I played my first concert in 2011 and at that show I met Ole Jonas Storli who invited me to his studio to record an album. “Storytime” was released in 2013 and I have been working with Ole Jonas ever since.

Arne Åsmund is my real name, but I have never used my middle name Åsmund. When my first concert was to be held at Familien in 2011, I didn’t have an artist name yet. I thought “kosestund med Arne Åsmund” was a funny title for the event, so I made a logo and a facebook page, and after that I just got stuck with it I suppose.

Arne Åsmund’ first album ‘Storytime’ was released in 2013 and on November 11th album number 5 ‘Broken’ will be released. What do you think, has anything changed in the project since the first one?

I think a lot has changed in regards to what music is influencing me now and what direction I wish to take the project in. I try to stay true to the basics of what made people start listening to this project in the first place, but I also want to try new things. There is some weird stuff on the new album, but I think it still retains the old familiar discomforting vibe of the previous albums.

Musically, how would you describe your project?

I only had guitar and vocal sketches when going into the studio at first, and the idea was to dress these skeletons up as normal songs that were kind of catchy, so that people might listen to them for a couple of times without noticing the lyrics, and then later get uncomfortable when they were singing the song and realising what the lyrics were.

We try to let each song take us where it needs to go, but still making sure the albums sound like a cohesive whole.

If we’re talking about lyrics… Do you have any sources of inspiration or is it all just your own fantasy?

Inspiration comes from all over the place i suppose, both the real world, and stories from books and movies. I think it’s interesting to tell a terrible story from the wrong point of view, having no voice of reason and just leaving the listener alone with the villains’ thoughts.

Do you have any personal favourites from all songs of the new album?

A couple of songs on the new album have a more magical feel than any of my previous songs. I thought it was funny to open up a whole new magical world where anything is possible, only for it not to benefit the protagonist at all. I like the song ‘Bird’. Just because a bird tells you you can fly it doesn’t necessarily mean it’s true.

Where and when was the album recorded? And was there anyone else who contributed to this album?

The album was produced and mixed by Ole Jonas Storli, and most of the recording took place in his studio. Ole has produced all my albums and been a great contributor and influence all the way. He plays piano on a few songs on the new album. Other contributors are Jon Krogstad on bass and Sondre Mikalsen on drums. The album is mastered by Arnstein Fossvik.

What are your next plans for this project?

Make the world’s greatest song, become the world’s most wealthy person, move to mars, sit on the patio and pet my mechanical cat.