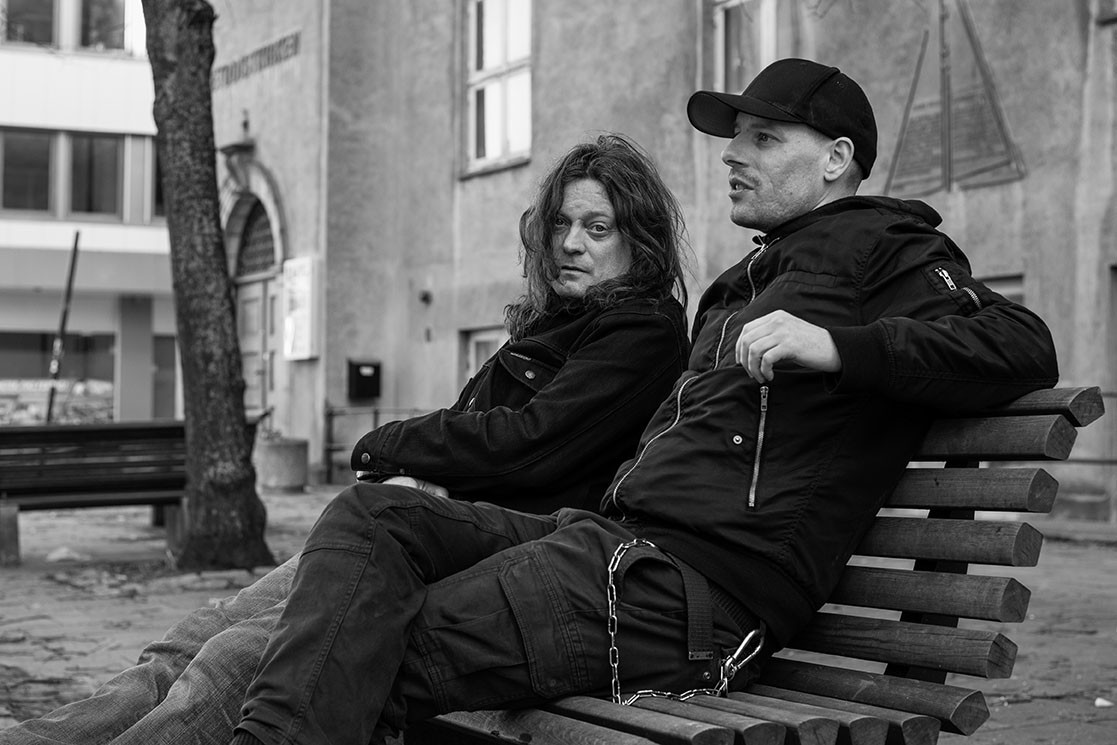 ​After three years with the “Gullvåg Trilogy” and more prog sound you changed your musical direction to more hard rock. What was behind this change?

This perceived change wasn’t as much a conscious choice as a result of the process we went through with The All Is One last year. That record had a 42 minute track on it that didn’t feel like it wanted to be surrounded by any other Big Rock Riffage, so we set these hard rock type songs aside for a different album, the one that ultimately became Kingdom Of Oblivion. In the process, what we thought would become something in the vein of a vintage hard rock album obviously turned into something more multifaceted and complex, but …in a good way: plenty of riffage, but a lot of sweetness, weirdness and harmony as well

​If we speak about “oblivion” as the main mood ( which the cover art by Sverre Malling fits so well ), what was your message with this album..?

We don’t really do messages, and the title plays on several themes. The title track is literally about the opioid epidemic, but related to this, we see that people today increasingly live in different versions of reality, in loops of (self-)edited input from only sources one sympathizes with, and we think that this is probably unsound for our societies, for our shared reality and for how we interact. In this kind of reality, we are all kings in our own unique realm. For better or worse, whether because of drugs or …whatever.  Also, the music on this record can roughly be divided into two main camps: the urban hard rock we discussed above, and several tunes of a more folk-ish, rural bent. The cover feels both ancient and new, both urban and rural, both mythical and real, and fits these dialectics perfectly.

Kingdom of Oblivion” was mixed by Andrew Scheps. So how was it to work with this Grammy Award-winning mix engineer..?

This is the 5th or 6th album he worked with us on, and by now we know each other really well – well enough to make it a pretty efficient and easy going working relationship. He has been a fan of our work since years, and wanted to work with us for more than a decade before we started working together. By now he has learned what we like and dislike, and we have learned a whole lot about music production, so it’s a win/win scenario for both of us 🙂  He is really good at what he does, a real easy going character, and we trust him like a brother. His mixes are killer!

​And also Reine Fiske guests on several tracks. Was it your first collaboration?

No, Reine first worked with us back in 2012, and has played with us live on multiple tours since then. He is on quite a few of our albums too, and would’ve been a permanent full time member of the band if he lived in Trondheim. As he lives in Stockholm, the commute makes that a bit …impractical, especially now, so he remains an associated member.

A fantastic guy with heaps of knowledge and great taste, and a trusted brother in arms. We haven’t seen him in a long time, and miss him massively.

​Do we have any hope of seeing Motorpsycho playing live this year..?

Yes, there is always hope, but … you know: the plague

We tried doing our postponed x-mas shows both in January and in March, but to no avail, so they were finally cancelled, but we do hope to at least smuggle a couple of local shows in there this spring/summer. But we’ll just have to wait and see how this all pans out, don’t we?