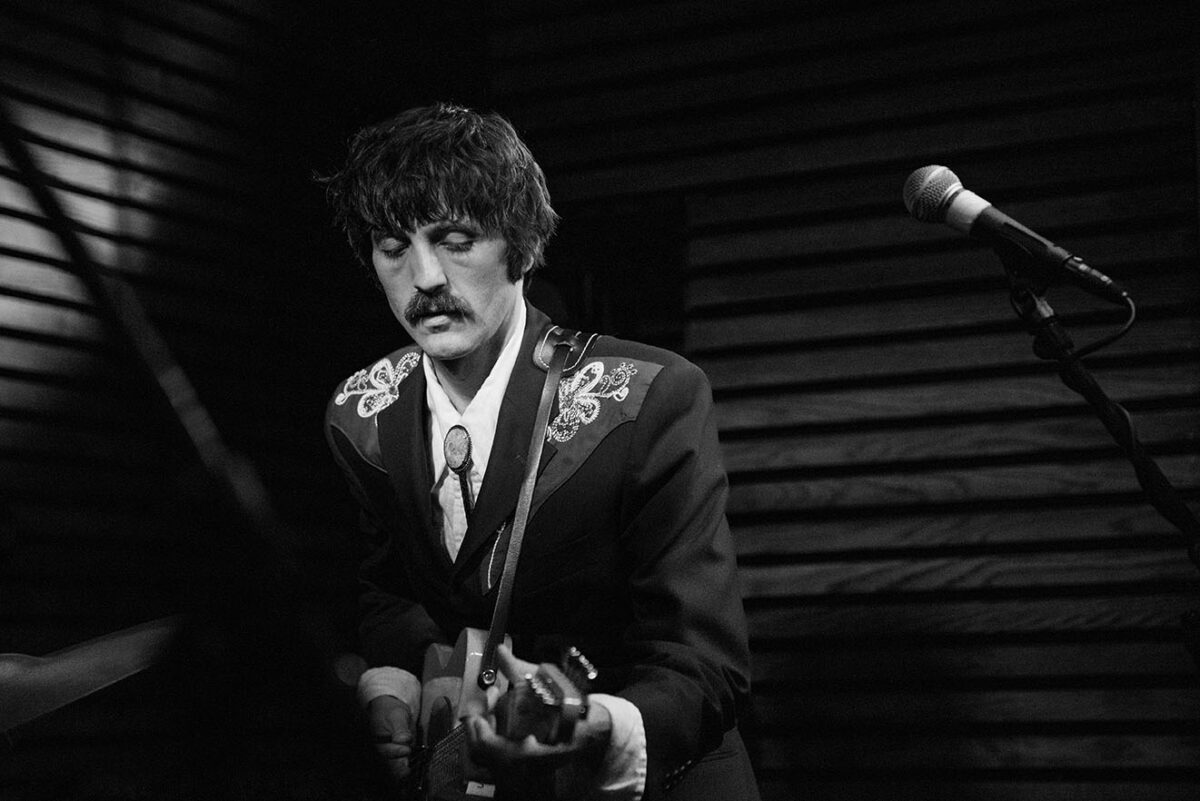 European tour, release of Nothing Pressing and poetry – interview with Jerry Leger

Jerry Leger and his band The Situation played a sold out concert at bar Moskus on April 23rd. Everyone who was lucky enough to be there that evening will completely agree with me that it was one of the best concerts of the spring. And while we are waiting for the critically acclaimed singer-songwriter to visit our town next time, read the interview with Jerry Leger about his European tour and the new album Nothing Pressing released on March 16th

You’re on the big European tour now. So of course, the first question – how does it feel to play concerts all over Europe again?

It feels great! Playing live is such a big part of what we do and it felt so strange to be off the road for so long. Of course the European tour was postponed twice, so we’ve been feeling very grateful to be here again.

You played a concert here in Trondheim at bar Moskus on April 23rd. And it wasn’t the first time you played here, wasn’t it?

No, we played Moskus once before in 2019 and it definitely was a highlight of the tour. I think this show topped it. Great energy in the room.

You’re on this tour with your band The Situation. Could you tell us more about them?

I’ve played with Kyle Sullivan (drums/vocals) since the beginning (2004) and Dan Mock (bass/vocals) joined in 2007. With only a few exceptions, they’ve been the players on every record and every show. We’ve made a lot of music together and seen a lot of places!

On this tour, we have Alan Zemaitis on keyboard, which has been really fun. He played organ on the previous album (‘Time Out For Tomorrow’) and with us on our side project, The Del Fi’s. All these guys are amazing players and friends. I feel fortunate.

Your latest album Nothing Pressing was released on March 16th. Could you tell us a little about working on this record and about those who contributed to this release?

The album is a real reflection of the times. Once it was safe enough, I went into the studio with Dan and Kyle for a few days and knocked out a bunch of tracks with Mike Timmins (Cowboy Junkies) producing. I also recorded some starker acoustic numbers. It’s a more personal sounding record. Maybe a bit isolating sounding but I think there’s a joyous longing in it too.

Also, a couple of my home demos made it onto the album. It’s just to the heart of it with very little embellishments from others.

Besides music you also write poetry. And you have already published your first collection of poetry Just The Night Birds. Are you working on the next one? And what does poetry allow you to express creatively compared to writing song lyrics?

If I feel the urge or there’s a demand for it, then I’d put out another collection. It was just something I had wanted to do for a few years now and the forced break gave me the time needed to put it together.

It’s very freeing, with song lyrics you’re working with a rhythm or phrasing. Poetry you can have that too or you can keep it wide open. At least that’s what I do. Some of the poems in the book could have been worked into songs and others are just meant to be read or recited.

The last concert of this European tour will be in Madrid, Spain on May 14th. What are your plans after that?

We have a hometown release show for the new album May 31st in Toronto. After that I have a string of acoustic duo shows that will take me to the Eastern part of Canada and Ontario throughout June.