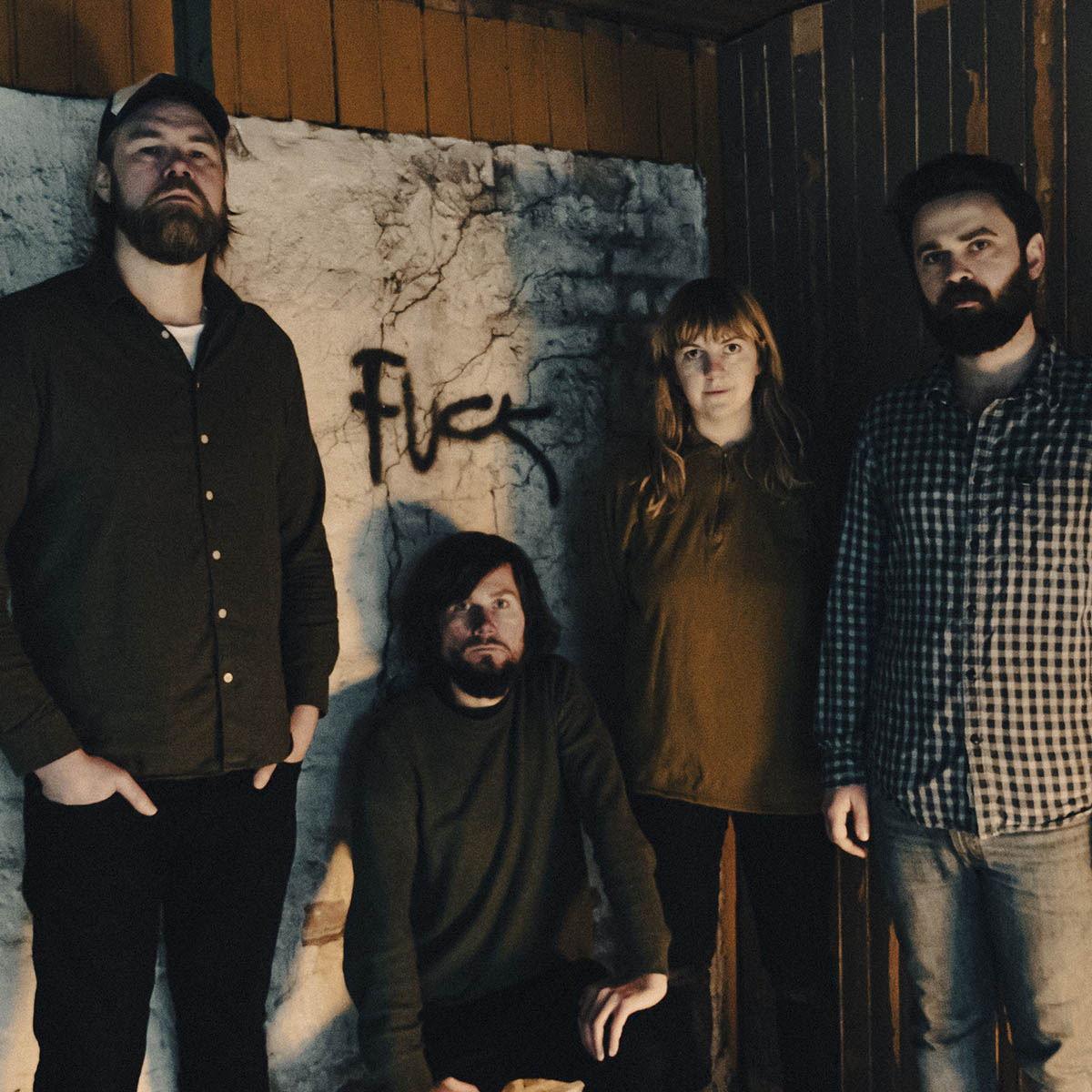 Twin Serpent is a fairly new band from Trondheim, Norway, but all the members are more than well-known names on the underground music scene. And this time they take you to a trip “from doomy cellarcs to heavenly hymns with catchy melodies, country licks and rock’n’roll kicks”.

Read the interview with Timo Silvola of Twin Serpent

Twin Serpent’ first single “Bones” was released in November 2020. After this you released four more singles and played live a lot. But when and how was the band started actually?

I’m glad you asked. That’s a long story, but I’ll keep it clean. Initial steps started when I got my first banjo and moved into the country. But the tunes you mentioned got first written when I acquired my first acoustic guitar. This was probably around 2018.

All these new instruments (I usually beat the drums) and some spare time resulted in a handful of songs. 2019 landed me a sweet gig and the cash from that allowed for some studio time as a solo project. I quickly realized why I love playing music: Playing with others.

I knew I had to ask Hanna because I’ve always loved punk rock duets and she plays a mean bass in a handful of bands. We hooked up over coffee and a guitar to see if our voices worked together. It was a match made in heaven!

I asked Viktor before even hearing him play! Just felt like he was the one. Imagine how awesome the first practice was! I was blown away. As a drummer myself it was crucial to have someone fill the role without me feeling the need to get up in his shit all the time.

Tony is like a brother to me. We’ve played in various bands for well over a decade. The way he sees the world and understands music is unique and I wouldn’t trade his guitar skills for anything.

Each member is a chapter to themselves and together we’re magic. It couldn’t be any other way. The band had its first gig at a space drag party in Trondheim, winter 2019.

I don’t know about that but it’s meaning might be something like: The True Norwegian part is a homage to our black metal roots, as well as mocking its nationalistic attitudes and its need for trveness. It’s also a joke since I’m born Finnish and patriotism is the worst. Blackgrass is derived from bluegrass and sounds badass.

Country and folk music is traditionally all about origins, but the music has travelled from continent to continent. I felt the need to underline our origins without trying to fit in the already existing nordicana genre.

The title of the album “Feels Like Heaven, North Of Hell”, what is behind it?

So, I lived most of my life in northern Norway. I also used to move a lot. Then I ended up here, north of Hell on an island called Otterøya.

Now if Heaven is a real place, then Hell is real too. But country music references aside, Hell is actually real. It’s a small town right next to Trondheim airport.

Since the whole thing started with me moving to the country and recording a solo project, it felt right to name the album something personal.

The studio we used is also here, built in a barn called Fjøset Lydstudio.  And the antler theme on the cover is very Otterøya with two thousand! deer vs. Half the human population. In fact, almost all shots on Bones music video are from the island. Check it out!

The album will be released on Loyal Blood Records. How did you begin to work with this label?

Me and Tony play in a noise rock duo called Barren Womb and we’ve released our last two albums on Loyal Blood. Although tipping more to the harder side of music the label felt right since everything else is so personal. We’re good friends with many of the bands and its founder and chief Yngve.

In addition to the digital release, the album will also be released on cassettes and vinyl. Why is it important to you that the album gets a physical format?

Because the Internet is the end and every minute away from it helps.

Also, it’s fun to participate in the common effort on putting out more consumer products in this finite world. And we sell them at shows!

On a more serious note, I guess most of us are on and off vinyl junkies. I personally feel when going through such lengths to do something, do it all the way. I’m also old as shit so I remember my first cassette: an Estonian black-market bootleg of Chaos A.D by Sepultura. A gift from my mom!

North Of Hell Tour is starting on April 2nd in Tromsø and will last two months. What are your expectations of this tour and perhaps future plans?

To be honest I wonder if people still attend shows. On the other hand, we’re just glad to be able to hit the road again. Tromsø is my hometown so I’m looking forward to seeing old friends. We take a trip through Hanna’s origins as well in Halden and Fredrikstad. Vaterland in Oslo is like a third home and I can’t wait to show them our new project.

The plans to record our second full length will slowly commence after the tour as we have all the material more or less ready. In general, we’re going to play more.

I’d like to take the opportunity to thank you for this interview and for being a shining beacon for cool things. Thank you!

Feels Like Heaven, North Of Hell:
Recorded during the fall and winter of 2019 at Fjøset Lydstudio
Engineered by Eirik Øien
Mixed by Juhani Silvola
Mastered by Magnus Kofoed at Brygga studio
All songs and lyrics written and arranged by Timo Silvola
Except Rat by Rolf Ole Rydeng Jenssen, Lars-Erik Kroken Mikkelsen.
And Crop Circle Jerk by Timo Silvola, Tony Gonzalez
Electric guitars and Hannas vocals recorded at Dåkken Studio by Bård Spangerud

Check the album out on https://twinserpent666.bandcamp.com/releases