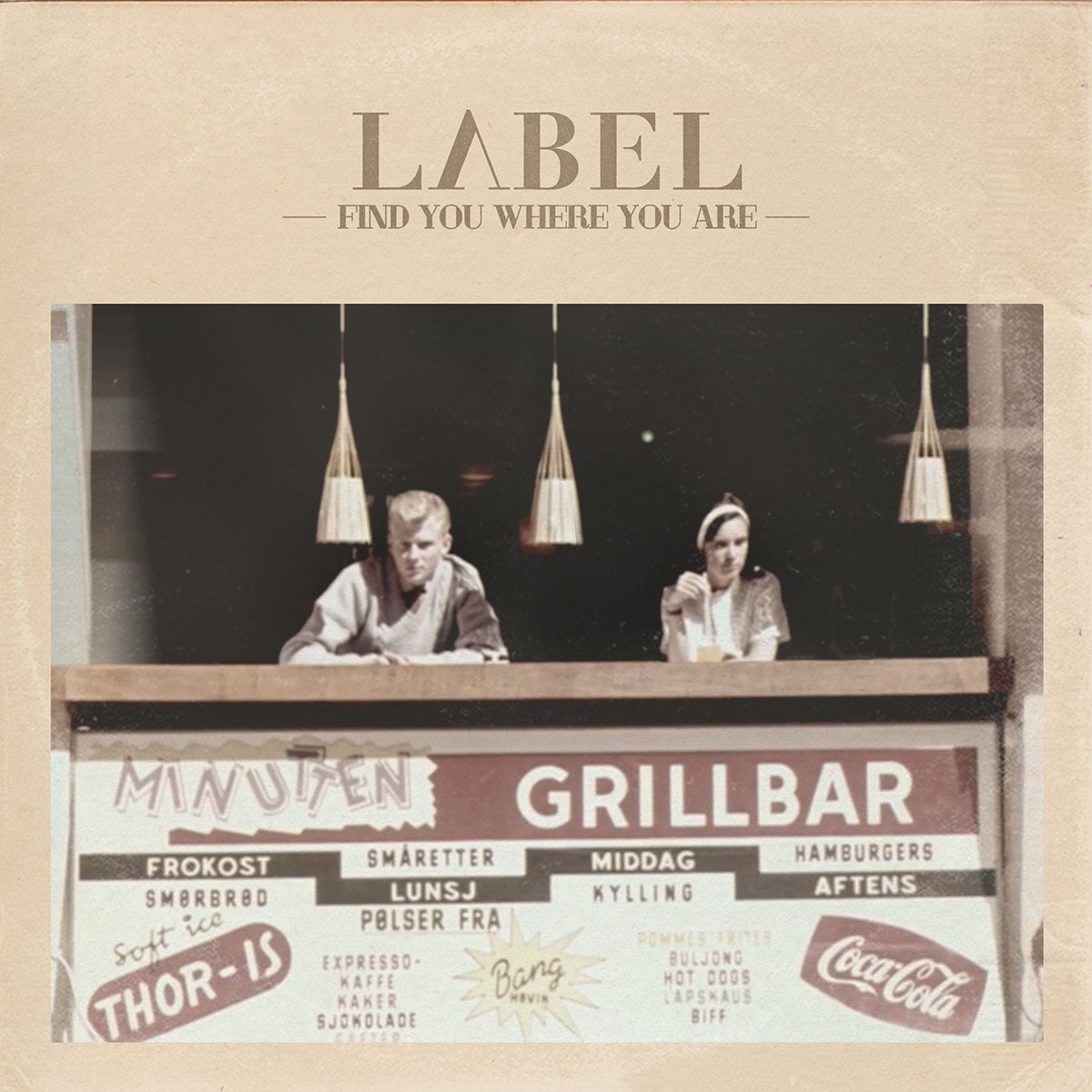 “Find You Where You Are”, Label band’ new summer single out today via Mother Likes It Records

“Find You Where You Are” is the first single from the band’ upcoming third album. And with this single Label continue their annual summer single tradition. The tradition, that was started in 2016 with “Oslo So Slow”.

Read the whole story back to the beginning

“The “summer single thing” wasn’t a planned manoeuvre on our part, and has actually been more a standing joke within the band than a strategy”, the band tells. “We were not even aware of the fact that we kept pushing out singles every spring/early summer before a radio station confronted us with it a few years back.

Now however, as we release our 8th annual radio single in the months of May/June, we kind of regretfully admit that there has to be some truth to the assertion of Label being mainly a summer tune band. So our new summer anthem “Find You Where you Are” follows that tradition.

But let me take you back to start, in order to try to explain. Our first full length album (Oslo So slow – released 2016) was recorded in four hot weeks during the Indian summer of 2014. We had booked the now legendary studio Crystal Canyon with our good friend Anders Møller (Kåre and the Cavemen, Ulver, etc) as sound engineer. Due to unforeseen circumstances, our drummer Daniel had to travel abroad, so we rushed into the studio with songs that weren’t 100% complete in terms of arrangement and sound. We setup the studio and had to rehearse and shape the songs while we there. Anders also had to fill in on drums on half of the tracks, so we even started completely fresh on some songs, inevitably letting him put his mark on the arrangements as well.

I remember the studio days, and nights, as long and warm, trying out a lot of different sounds and equipment. Some session could be spent in it’s entirety trying to find just that marimba sound we wanted, or that particular guitar amp distortion, and then having to call it a day since the studio became so hot and humid due to the weather outside. Haha, sorry but this is the same way we fooled around when we recorded Find You Where you Are.

Calling it a day, usually didn’t mean calling it a night though. So the remaining parts of the nights were often spent in nearby bars, with other artists that were recording in other parts of the studio building that had to evacuate due to the heat. I remember one particular night where we stopped recording a label song, but were gate crashed by the Norwegian rap legends Paperboys who came in and demanded that we did a collaboration cover of Elton Johns Nikita. Label on piano, drums and bass, Paperboys (Sander and Vinni, remember those guys?) on vocals and percussion.

LOL. Well, back to subject.

It might be history revisionism, but looking back I belive that the alleged summer sound of Label, was probably set during those hot and humid days and nights back in 2014.

We also fell into a kind of rhythm where songs would usually be created during the summer holidays, while the recordings would then be ready for release the following spring.

The first single that received playlisting on radio from the debut album, was the album title track Oslo So Slow, released in spring 2016. It got heavy rotation on national radio NRK and was A-listed for months. Without exception we have been lucky enough to have summer tunes in rotation on radio playlist every summer since. And “Find You Where you Are” will premiere on national radio NRK May 12th.

The upcoming album has been a long time coming. No wonder with all the fooling around in studio, but it´s really worth the wait. As most things during the pandemic it has been postponed several times, and we are still not sure when we will have the vinyl pressed for this one. What we do know is that we are really happy with the result, and can’t wait to get out on the road and play tunes from it.

We have strengthened our live setup on a quite permanent basis to include Anne Mette Hårdnes (Lady Friend, Sweetheart) on keys and vocals, as well as Rolex of drummers Christer Engen (Turbonegro, Bigbang) on percussion.

Finally summer is here again, and where ever and what ever you do, we´ll Find you where you are.”