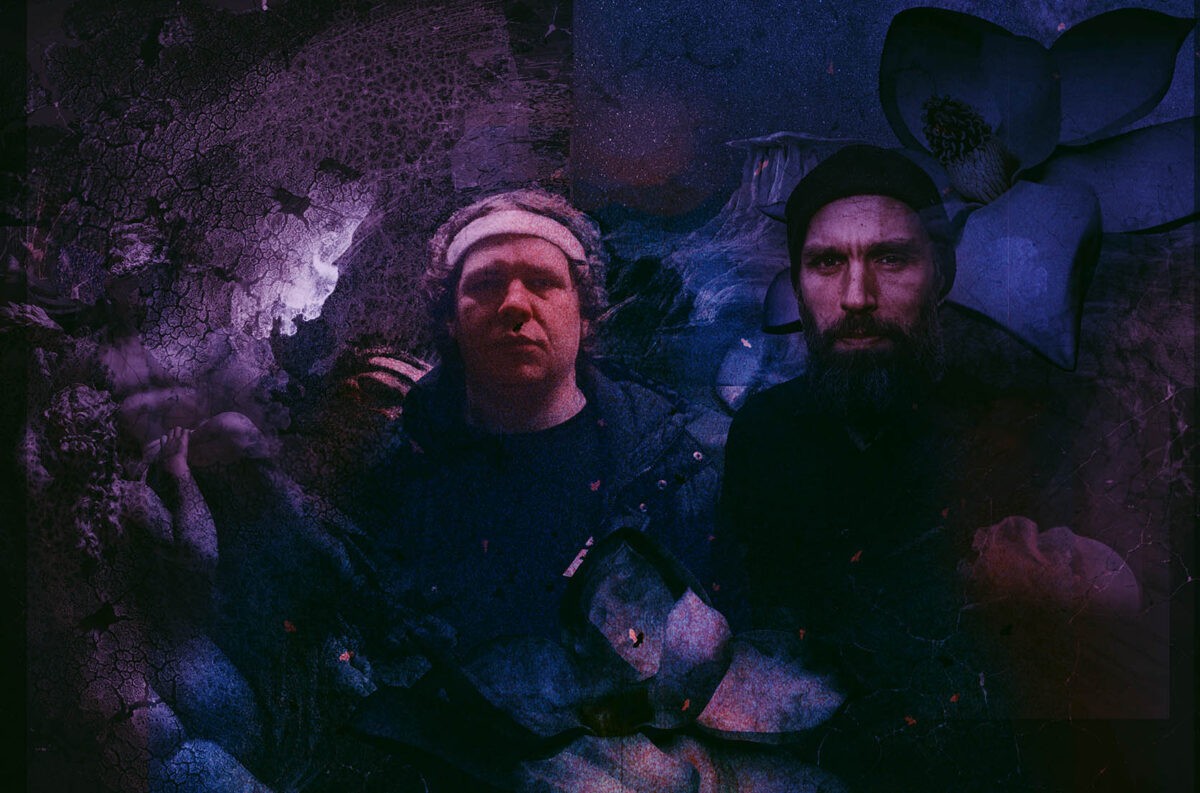 Read the interview with Klish and Erling Ramskjell about their new project, upcoming debut album ‘Radikal Merkelighet 2’ and concert plans for this fall

How and when did the idea for this project come about? And what is behind its name – ‘Hva er det som spiser meg om natten’?”

Klish: I think we’ve talked about doing something together for several years, but the summer of 21, we finally got started and just tried things out. We have done some covers of each other’s songs in the past and made a commissioned concert for Hamsundagene in 2018. That one came together so easy, it made sense to try to make more.

We have been playing around with the name of the band, and we have written a track with almost the same name. I guess it is rooted in our common insomnia and a certain interest for the evergreen thematics: contemplation and psychic problems. As for myself, I am more than averagely interested in the concept of being eaten by insects- of course since I am extraordinary tasty and delicate, but also because these sneaky little bastard are fucking everywhere inside my thoughts, and are eating at me at night.

Additionally: The band name also hints to the big question: What is it that keeps us sleepless, and torments us.

Erling: Yes. We have our own rhythm and conception of time… It took us a few years to get to the point where we actually sat down and started working on the album, but when we first did: It took us a few hours to write it

You, as solo artists, are working in very different genres of music. How did this affect your new collaborative project? And what would each of you say about the other’s music?

Erling: We don’t reflect so much around the fact that we come from slightly different corners of «music». It’s an extreme boost to get together, and just …start out with some kind of mental picture, an idea, a sentence, an association….whatever, really… and start creating music with neither any pressure nor a plan where to end up.  First of all, I have enormous respect for Kliff as a person. The following is  of course pompous to say, but nevertheless true: His 2016 album «Røyk og Speil» (Smoke and Mirrors) gave me back the interest in listening to music again. And the rest of his catalog is on the same level

Klish: we often start with a sentence or a word. I have decorated my apartment with posits with ideas, so sometimes we message each other pictures of postits or we just send puns back and forth until we like have a song.

Last year you released a single together – ‘All tid e merkelig’. If we compare it with your new project – what is common, what is different..?

Erling: Just to complicate things: Even though ‘All tid e merkelig’ is the first track we did together, it will appear on my forthcoming album.

Everything we have done together so far, from that commissioned work we did for Hamsundagene back in 2018 up to now, feels like branches of the same tree. At the same time it is  quite a complex process to do a whole album, compared to one track. We started out with a very clean slate, and just…. invented a little music & lyrics cosmos. And have since day one had a clear direction how to arrange and produce both each track and the whole album

Klish: We have tried to make things a little uglier on the album, and distorted everything and tried to just go crazy i guess, everything has to be recorded, from the reverb in my bedroom to conversations we were having in between studio sessions, and we’re just challenging each other every time. And that´s inspiring. Like who can make the most songs in one day. We made 10 new songs in 1,5 days a couple of weeks ago, we got like 4 albums now. True ugliness has to come from the inside.

‘Grusomt fort’ became the first single from the upcoming album. What was the main inspiration for this song?

Klish: Sometimes my life moves quite fast, and this song was written as some kind of love story in the guise of a road trip. A slightly «Natural born killers»-esque scenario, where two people get the worst of each other… .

I rap about medicines, and how it feels to run off together with someone

The debut album ‘Radikal Merkelighet 2’ will be released on September 2nd. How could you describe the sound and mood of the whole album?

Erling: The sound and texture of true yet conflicting emotions, low impulse control and a lot of energy

You have some concerts this fall in Northern Norway. Could you think about playing a concert one day here in Trondheim?

Erling: Yes, Yes and YES. It is in the works. After the album release, we will both play with a whole band, but also just the two of us. And we do actually want to play everywhere