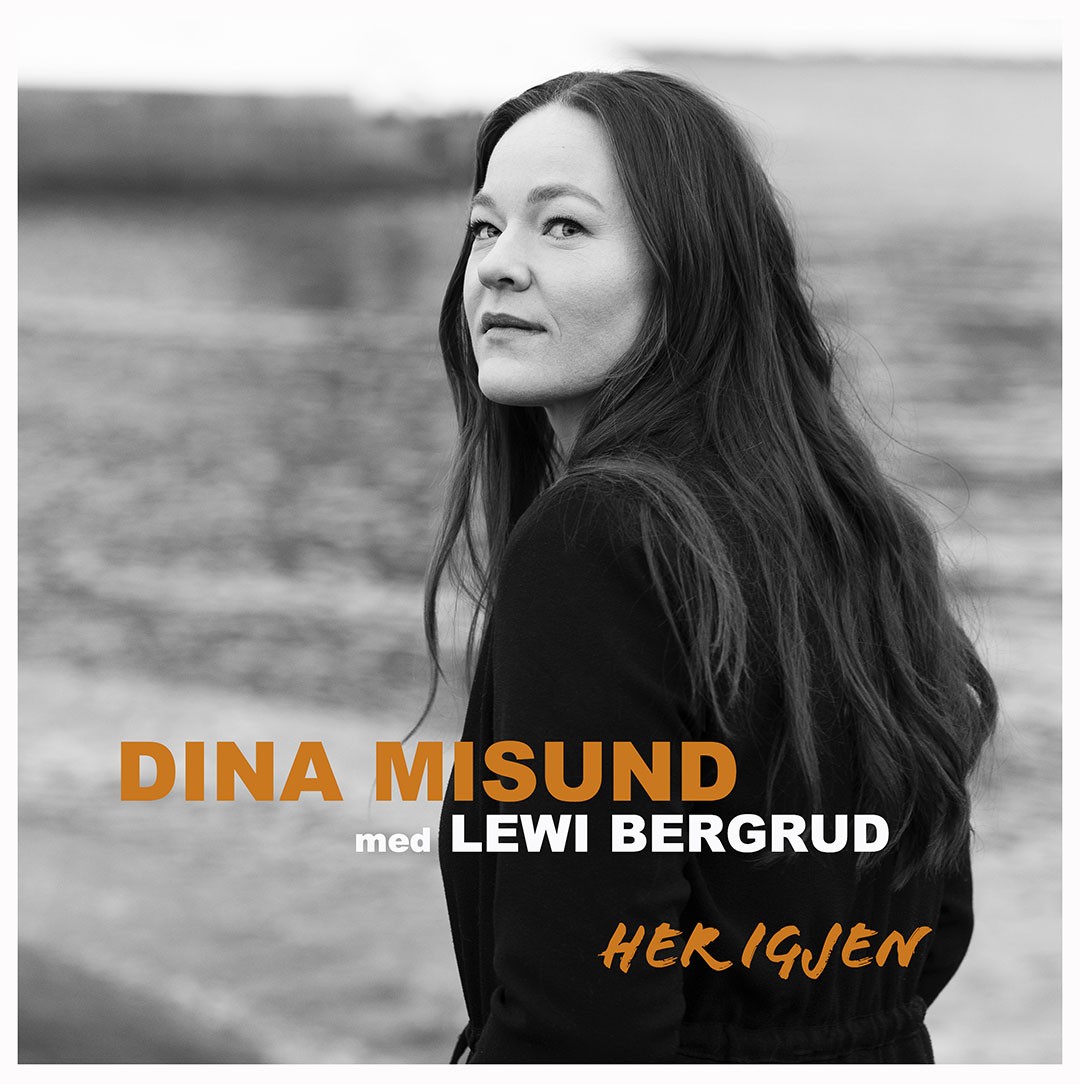 On her new single Dina Misund invited Lewi Bergrud, who you probably remember for his latest big hit “For året som har gått”. And the lyrics for “Her igjen” were written by one of Norway’s foremost lyricists, Ola Bremnes.

Read the interview with Dina Misund about her new single and the upcoming EP “I et hav av folk”, that will be released on February 25th

The melancholy of the sea ​​coast with gusts of north wind and high waves, the title itself – everything around this song is deeply filled with poetry. But why did you choose this particular theme for this time?

I have for a long time thought about how I could describe the feeling I get about the place where I grew up, and how I would portray it in a song. Midsund, where I come from, and how I see it, is a place with a lot of rawness especially when it comes to weather. It’s placed farthest out on the coast line, but you have these secret places where you can hide and just watch the power of nature. In the beginning I never thought that this song would be a song of the coast and I tried a few thematics and lyric writers but couldn’t make it work. The more I worked with the song, the more I realized it really suited a fragile expression with nature as a metaphor. This is also how we continued to work with it once taking it into the studio.

The lyrics are written by Ola Bremnes. Why exactly his lyrics reflect the atmosphere conveyed by your music so well?

In this case, I guess it has a bit to do with us being from the same kind of place and environment. Ole is from Svolvær, which also is a small place similar to Midsund. I believe that having something like this in common, and that the feelings about it are real, meant everything for him to be able to portray what I wanted to express with the music.

“Her igjen” is a duet with Lewi Bergrud. Was it your first collaboration?

Yes, this was my first collaboration with Lewi.

The theme of the sea, now as a metaphor, continues in the title of your new EP “I et hav av folk” (“In a sea of ​​people”) that will be released on February 25th. What is behind this metaphor?

“I et hav av folk” (“In a sea of people”) describes just how small your own presence is in this world. There are so many opportunities, choices and things to consider. Everything is available at all times, including your own self. You can revel in music, movies, and series whenever you wish! It’s an overflow compared to what you actually would be able to take part of. I believe this overwhelming feeling sometimes makes you feel that you’re drowning in the mass, and that you feel like a microscopic piece in a gigantic puzzle (which you actually are). I have felt a lot of these feelings the past years, and felt that I´m rootless. The EP also brings a bit of hope, and that you can actually mean the world to someone, which is very beautiful to think about.

How would you describe the main mood of the whole EP?

The music on the EP is described as pleasant pop, with themes that I believe, and hope people (maybe mostly my age) can recognize.