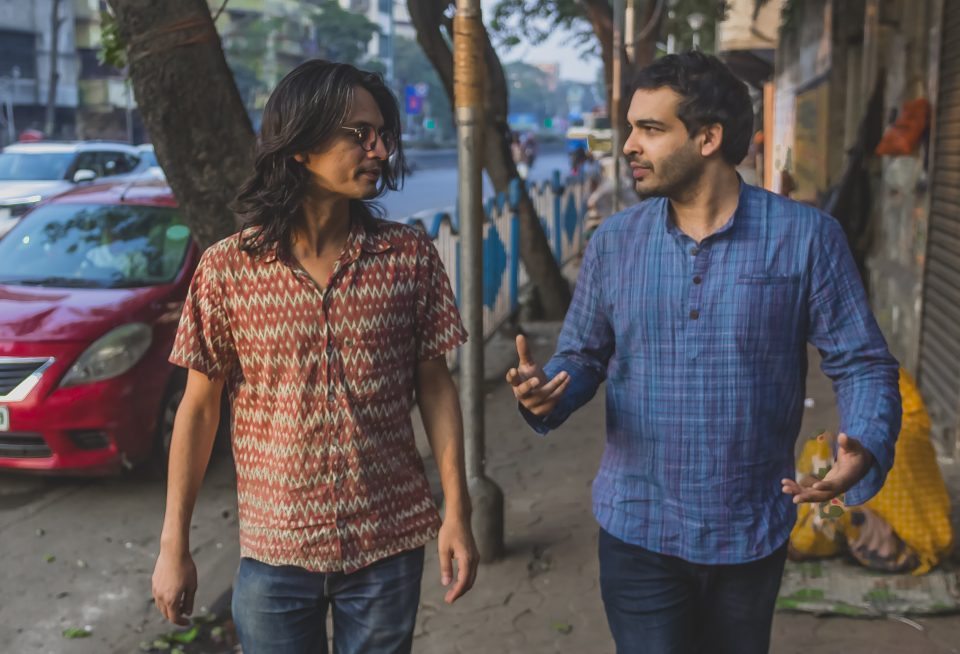 Tinctures is an eclectic Indian piano-guitar duo from Bangalore and Berlin. Nishad Pandey and Aman Mahajan of Tinctures have been working on the material for this album during the period from 2016 till 2019.

Taking as the basis jazz, Indian classical music and European chamber music Tinctures are creating their own sound universe through free improvisations.

Indian culture has fascinated humanity for centuries. And no surprise that the duo is also based in Berlin – one of the worlds’ well-known multicultural metropolises. The confluence of the different cultures makes the soundscape incredibly rich and colorful.

“Heads and Tales” is an enchanting musical journey through different cultures, centuries and worlds. And the first track “World 1-1” is a fine introduction to this journey.

“World 1-1 is our first creation as co-composers, this is the world in which Tinctures was born. Riddles, discoveries, twists and turns punctuate this musical landscape, closing with ‘Tihailand’, a rhythm in morse code—Steve Reich meets Hindustani music.”

The tracks “Oranges in Winter”, “Dewdrop” and “Boundless” inspired by Urmila Mahajan’s poems immerse us in the beauty of Indian culture. Meanwhile “See You In Berlin” is more inspired by French impressionism and European traditions.

“Simple Machines” is probably the most imaginative track on this album.

“We peer into an anthropomorphised machine-world, in which the building blocks of mechanical creations go about their daily business. Calibrating and corroding in equal measure, the instruments generate impulses, cross-phrasing chords to simulate gears and pistons interacting with each other. Sometimes they converse politely, at other times all semblance of law and order breaks down completely.”

And “Serpentine” is a beautiful final chord on this album. A lullaby that brings peace and relaxation after a long and exciting journey.