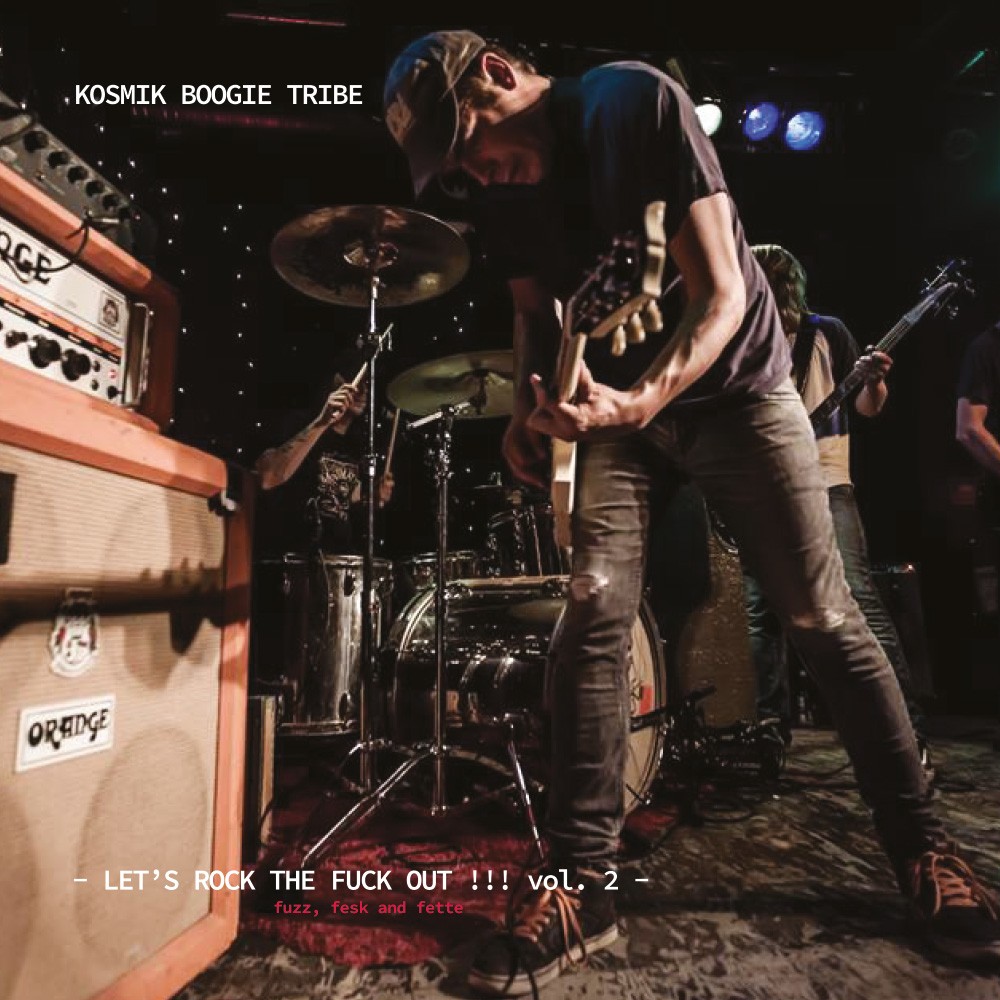 Kosmik Boogie Tribe’ new album “Let`s Rock The Fuck Out!! Vol. 2” out today via Blues For The Red Sun

Read the interview with Morten Lunde of Kosmik Boogie Tribe about the new release and the band’ upcoming studio album.

Actually the entirety of music on “Vol.2” are recordings that span from 2002 all the way through to February 2021.

Quite a few of the tunes are recorded on different occasions at Oslo’s infamous Endless Tinnitus studio having legend Kenneth Storkås both with hands on the sound board as well as on his Gibson Les Paul as our second guitar player. Petter Baarli from Backstreet Girls also shakes some six string action on at least two songs from last year’s session.

Other songs are from live shows recorded as we went. Rough and tumble. There are songs performed in Tromsø at the Bukta Festival and there are songs from a show in Barcelona. There’s a song from a NRK broadcast that turned out very well, blowing up the control room speakers. There are songs credited by us and some by others. Live favourites and studio outtakes. And a couple of acoustic ditties too.

Get the full picture in the liner notes. Smiley face.

If I ask you to pick up a couple of songs from Let`s Rock The Fuck Out!! Vol. 2. to tell about, what songs will it be?

One snowy Sunday afternoon in February 2014 we were waiting outside now defunct studio Amper Tone downtown Oslo, waiting outside in the dark and cold for the in house engineer to show up. Turned out he was running way late because he and his better half had to finish up a class of “couples’ yoga”

We cursed their path to enlightenment and started binging beers at the next door dive in.

When he eventually arrived after flirting with nirvana I think if my memory serves me well, we managed to record one song only that late evening and following night. Or was it two? We saved at least one and it’s called The Lot. This is a rather longer version than the one that we later re-recorded for the Suck More Piss Album.

I can also talk a bit about I’ve Had Enough Of You. It was captured live at the Bukta Festival by Johnny Skalleberg. We played the smallest stage and had the best 45 minutes that year. The midnight sun was up there in the sky but the low temperature arctic air made the guitars undeniably comically out of tune. It is a wild version and Bukta must have loved it because the next year we were entertaining from a way larger stage.

You are often called “one of Norway’s toughest rock bands”. What are your thoughts about it?

I would watch out for Vegard, our bass player. That’s all I have to say about that.

Let`s Rock The Fuck Out!! Vol. 2 is out on March 4th. But you are also working now on a new studio album. When could the album be released? And what can we expect from this new record?

Yes, that’s right, we have a studio album coming. However circumstances like several lock downs, alien interferences and a seemingly endless waiting line at the pressing plant holds it back for now. We think that maybe it will hit the stores in December.

You guys will have to rock the fuck out to Let’s Rock The Fuck Out!!! Vol.2 for a few months first. Annoy all neighbours!

The new studio album will in due course introduce our newest member Mr. Eivind Staxrud on second guitar. A dear old friend that now is part of the boogie train.

Expect stranger things to happen when the stylus eventually hits the grooves on the new disc.

But have patience, friends. Patience.