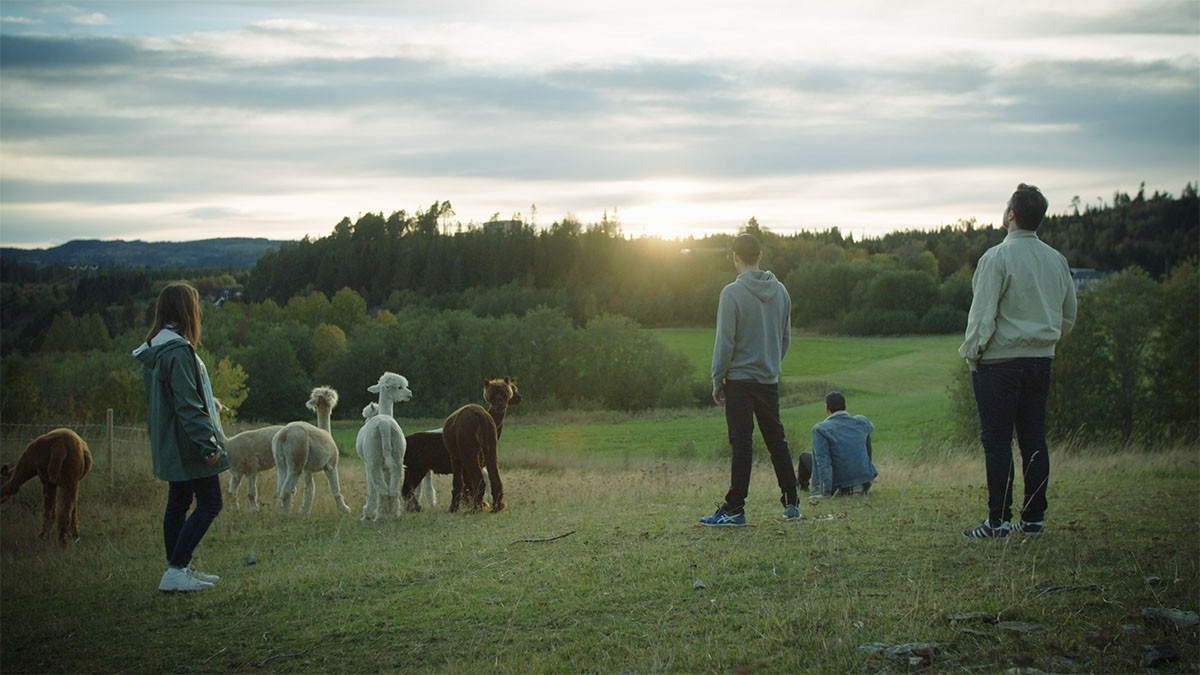 Onsloow’s self-titled debut album is out now on all digital platforms! Read the interview with the band.

Since the release of your first single “Overthinking” in May 2021 you have received a lot of praise from both the public and the press. Great reviews from VG, Deichman musikk, Under the Radar magazine etc, interview on NRK P13… How does it feel?

To be honest, it’s a pretty sweet feeling. I mean, we never expected any of that at all. We know tons of guys who make amazing music that never gets any attention, other than from friends in the same scene, and I think we thought it would be the same for us. That being said; when we finished recording, and ended up being really satisfied and proud of the result, we tried to be outgoing about it. It’s been really fun to see others from us care about the singles. Let’s just hope they don’t hate the album! And let’s be honest: it’s not like we’re drowning in attention here. We can handle this!

We all know you love the 90s sound. Can you name some specific songs and artists that were the inspiration for your debut album?

Oh man. We talk about other bands constantly, both old favs and fresh finds. It’s kinda funny how the music we grew up with has turned retro and is in it’s fourth or fifth revival wave, either it’s shoegaze, emo, post-rock or powerpop. When we make music, we don’t hide our inspirations, and I think that’s a good thing. We want to sound like us, but at the same time it’s kinda neat if we arouse musical memories. So if you listen to our songs and think about The Wannadies or The Anniversary, it’s no coincidence haha! I think both those bands helped define the direction on the song writing on this album, alongside eternal inspirations like The Smiths, Ash and cool stuff from the past few years like Charly Bliss, Tigers Jaw, Great Grandpa, British band Lakes and I Love Your Lifestyle from Sweden.

The year 2021 was not such an easy year, but despite this you got to play some live concerts. So how did they go? And what does it actually mean for you to be able to play live?

Yup, most of our gigs got cancelled. But the cancellations actually helped us finish our album instead, so every cloud has a silver lining! Anyway – we ended up doing two shows: one on our own at our favorite bar in Trondheim, Moskus, and a split gig in Oslo with our friends in Flight Mode and Neighboring Sounds, two bands we feel a musical connection with. Those gigs were the first time doing the songs on the album, so I guess we were a bit nervous about performing them live. But it went ok, I think. People were just happy to see a concert and get drunk again, so I believe we had a pretty easy job haha. What does it mean to play live? Hmm. I think it depends on who you ask in the group. Some of us love that aspect of being in a band, others prefer the songwriting and recording bit better. But we plan on doing a few shows this year, and the gigs last year were inspiring; we just wanted to do it again as soon as we went off stage. A couple of the members toured pretty extensively in previous projects. A mini-tour would be kick ass (but pretty damn near impossible because of the lives we’re living now..)

We’ve already started writing new songs, so what we really hope to do is to go back in the studio! If the world is finally opening up for good, nothing would be better than to play a lot of shows, so let’s keep that as an ambition. And in the next couple of weeks, we’ll do a proper effort in letting people know our album is out and that they should check it out. Because u really should! We’re sooo proud of how it ended up.