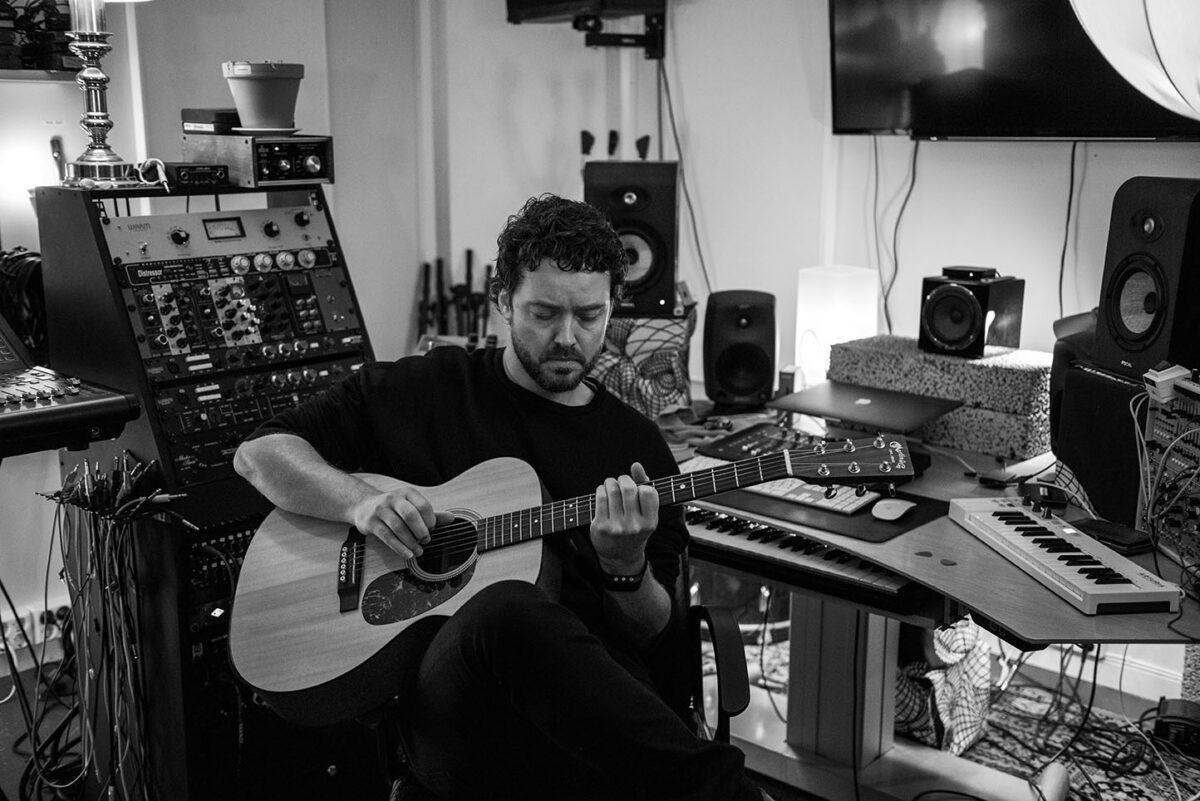 Petter Vågan’ solo album “Dead Pixel” is out now. Read the interview with Petter about his solo project and the inspiration for this album

After many years with The Fjords you are releasing now a solo album. What was the impulse that pushed you to this decision?

In a way it was an exercise in taking control back over my own narrative after having been in the pop industry with The Fjords, and faced the friction of having a lot of people who suddenly have an opinion on how the music should sound. And I’m not really interested in sharing the control of the artistic output. So it was both an act to take back the joy of creating music and also find a way to combine my jazz background, improvisational background with pop and folk. To come full circle with using my entire background in that way.

“Dead Pixel” is, without a doubt, a conceptual album. Why is the concept so important to you?

For two reasons, it’s what I would like to see on the receiving end of music, and also because – I don’t do this to make any money. This is a love project. And then it must be perfect. It’s incredibly important, I think, to have a good concept. This is the only way you can deliver something that has real value. So “Dead Pixel” is a conceptual album in the highest degree. I became really interested in lyrics when I was in a rock band many years ago, where the vocalist wrote really good lyrics – free from linguistic clichés and very personal. It lit a fire within me. Now I feel like getting to a place where I have sort of nailed it. To get away from the diary’ narrative that you often meet in pop music – a lot of love, relationships osv. I want to explore other perspectives and new associations, new stories. I also have a love for technology, science, physics. So I wanted to get the ideal concept for every song. And then it can take a long time to write the text. Because if you must have scientifically precise language at the same time that you want it to be a bit poetic. So you have to find just the right words. Then it ended up with a story like “Micro Macro”, a description of a press conference. It was inspired a bit by a book by Yoval Noah Harari “Sapiens”, where he talks about the language as a magical tool to the extent that language and a good narrative can change the reality that we experience. And now it has changed to the point that our human culture threatens the planetary system, our magical reality har grown stronger than the world system. It’s pretty hefty I would say.

You use the term “dead pixel” as a metaphor for depression. Was it inspired by your own experience?

I have always been a very ambitious person. And according to statistics artists are the most miserable people on the planet. If you have big ambitions then you fall hard too. And self-censorship can be very strong.

And I have certainly experienced that because I have set very high standards for myself. And it develops over time and becomes negative thought patterns that you can get caught up in. And then you become your own worst enemy in the end. So a few years ago I really got burnout and went on the classic cliché of buying a cabin in the woods and working with it and trying to get out of my own skin. And then you see things in a completely new light. And I could see through the fog that I put myself into with strong self-criticism and a toxic mindset.

What is the most important thing about “Dead Pixel” for you as an artist?

With this album I try to show a different view of values. There are more ways to live than the one that is provided through the mass media. And I try to ignite a spark again for science and philosophy, trying to do my part in making the world a magical place again. Now there is a lot of circus and an incredibly high tempo. At the same time we are bombarded with so many impressions that we don’t listen to ourselves any longer.