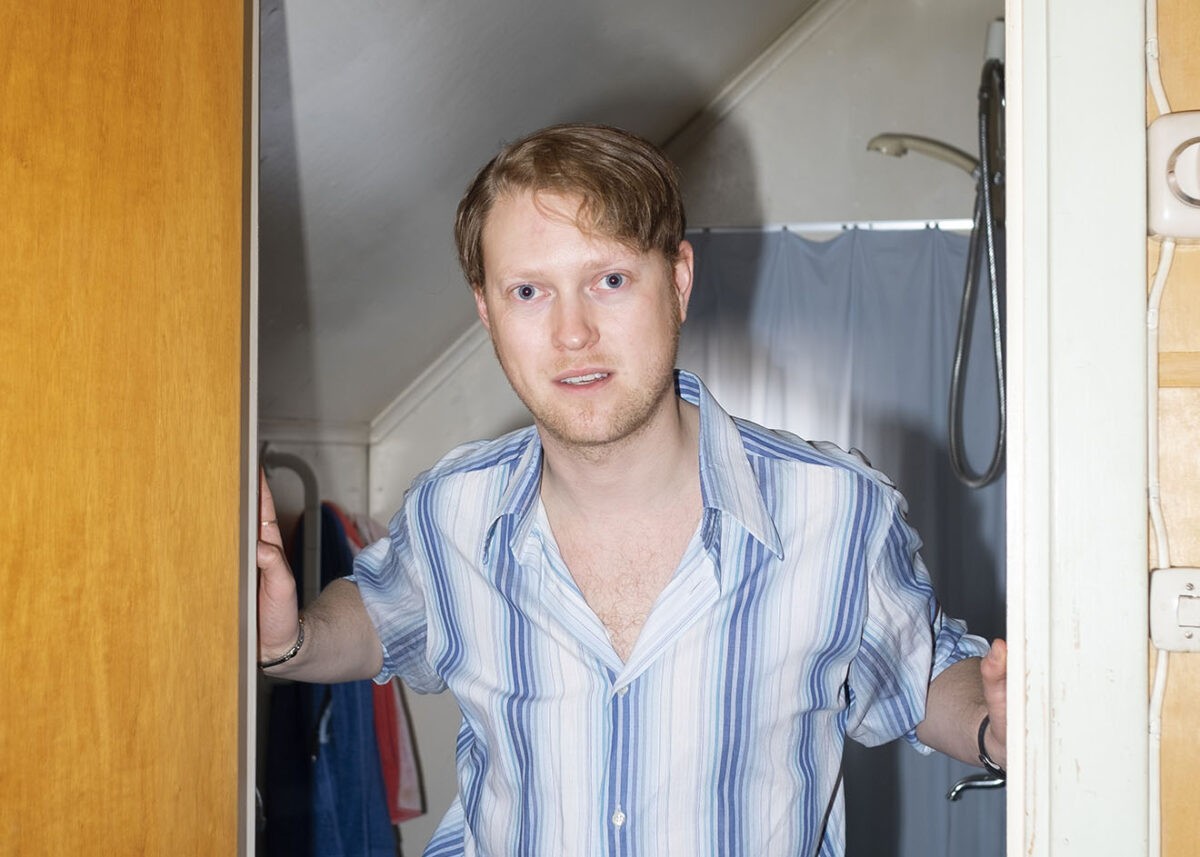 This Friday June 3rd Ludvig The Band released the second single from the upcoming album. Read the interview with Truls Ludvig Johnsen

On the new single ‘Lines / Dead Face’ you returned to the orchestrated folk and lo-fi indie. The mix, which has been characteristic of you since your debut album ‘Plan A’, from 2018. What attracts you to this highly multifaceted sound?

I am very attracted to the mathematical power of music. It allows room to build bigger. Bigger, on a more solid and proper ground. And in combination with the emotion-based + the magic that occurs -there and then. Both in frequencies, energy, etc.

For example; how to put something more complicated in an uncomplicated pattern and vice versa … I simply thrive very well in the multi-phase universe.

Especially with the previous single ‘All Blue’, I noticed that much of the soundscape from 2018 was back. And it felt good to be back! However, I also look forward to writing something completely different and less complex. I believe in not sticking in one direction, but rather switching between releases. Constant development, in a good and healthy way.

In your music archive you also have an extended play ‘Majestic Refugee’, from 2019. Which is  clearly more rock-like compared to your other recordings. Are you considering returning to such a format one day?

Yes, absolutely! Each of my musical pillars is built on rock ‘n’ roll. I also recently bought my first and brand new Gibson Les Paul ’59 !! So everything is ready for a new rock-trio album, like ‘Majestic Refugee’. It’s really rewarding, and a privilege to work with the two incredibly talented musicians Ivar Myrset Aasheim (Billy Meier, Konradsen, aso…) on drums and Eskild Myrvoll (Kanaan, Mall Girl, Daufødt, aso…) playing bass.

There are two songs on the new single – Lines and Dead Face. Could you  tell us a little about the history behind each of them?

‘Lines’ is a song about how early memories of the schoolyard still haunt me. How those moments should turn out to be so drastically realistic, just a few decades later. And… the loss of friends, who passed away far too soon.

It’s written and tracked in the summer, at a beautiful place called Holmsbu.

At the lowest point of the pandemic, for me personally, ‘Dead Face’ was written. I really love the vibe of the song. The pure and sore vibe from Nicoline Moland’s violin, Håkon Brunborg’s pedal steel, together with Vemund Hegstad’s beautiful piano playing, harmonizes so well with the vocals. Emilie Strand (Das Body) and myself singing our hearts out. And Hans Olav Settem (Benedikt, Jouska), who mixed it all so well together. We actually loved it so much that we ended up creating an instrumental part called ‘reprise’ between the two songs.

Many musicians have contributed to this single. Could you tell us about them?

Only the best! And good friends! Talent and profession in all directions.

Nicoline Moland (playing on everything from movies, theatres, classical, live-consert, TV-shows, albums and singles. etc.) is a unique violinist. She is really passionate about her music and playing.
Vemund Hegstad plays the piano in a wise and fantastic way.
Håkon Brunborg (Tuvaband, Magic Mirror, Carmel 11… he plays with everyone) plays beautiful pedal steel. What a talent with a beautiful soul.
Anders Løland (Sonic Løland, Posterboys) who I have played with the most, contributes with guitars, together with Kim Erik Berg (Mønevann) on bass.
Emilie Strand (Das Body) is one of the best and coolest vocalists. Kicking ass on stage with her band Das Body.
Tuva Kristiansen and Sofie Klokset’s voices of velvet mix so well with my own. Legend Christer Engen (Big Bang, Turbo, Euroboys) plays percussion to perfection.
Hans Olav Settem (Benedikt, Jouska) – Norway’s best producer and songwriter atm! He mixes songs in a way that no one else does. And finally; Morgan Nicolaysen on mastering. His name speaks for itself.

Listen to ‘Lines / Dead Face’ on all streaming services: https://ffm.to/theband